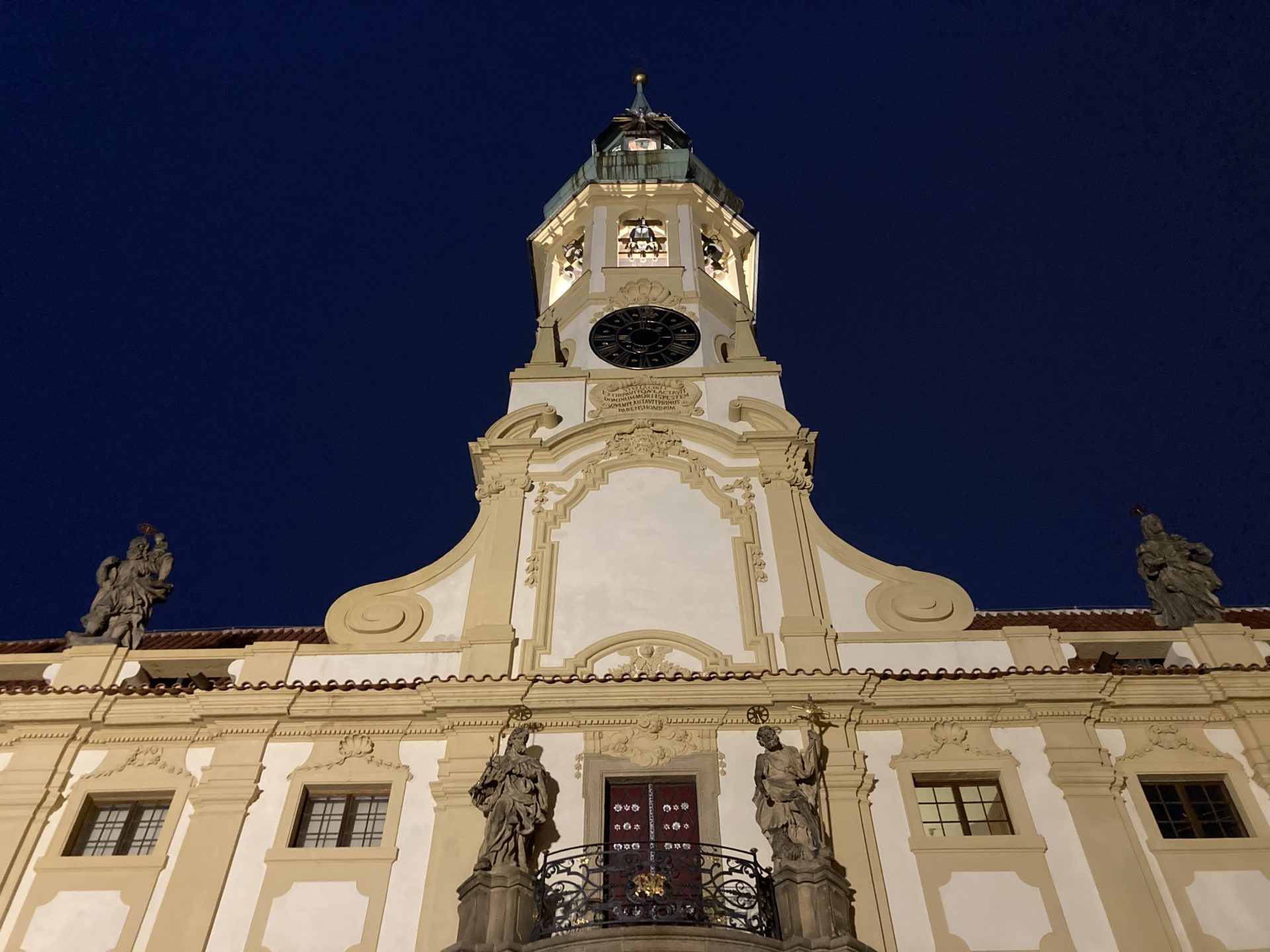 Legend says that when Princess Drahomíra, the mother of St. Wenceslas, fled the country, the carriage drove her across today’s Loretan Square. In those times, the rotunda of St. Matthew was located on the circular place where the statue of President Beneš stands today.

Drahomíra’s coachman wanted to pray there, but Drahomíra began to shout and swear. Then the ground opened and the carriage with the horses and the princess fell into the deep and was never seen again. All that was left was the stink and a coachman’s whip stuck in the ground.

However, it is only a legend whose truth can be doubted.

However, what we know for sure is that 592 skeletal graves from the Middle Ages and the Early Modern Age were discovered in the area of today’s Loretánské Square during archeological work in the 1930s. Burials have taken place here since the middle of the 9th century, and still in the 16th century the remains of people who died a violent death were buried here – most likely there was also an execution site.

A few centuries have passed and if you walk through Loreta Square today, preferably before midnight on a balmy summer day, you feel that there is nothing more romantic than the space between Loreta and the Czech Ministry of Foreign Affairs…