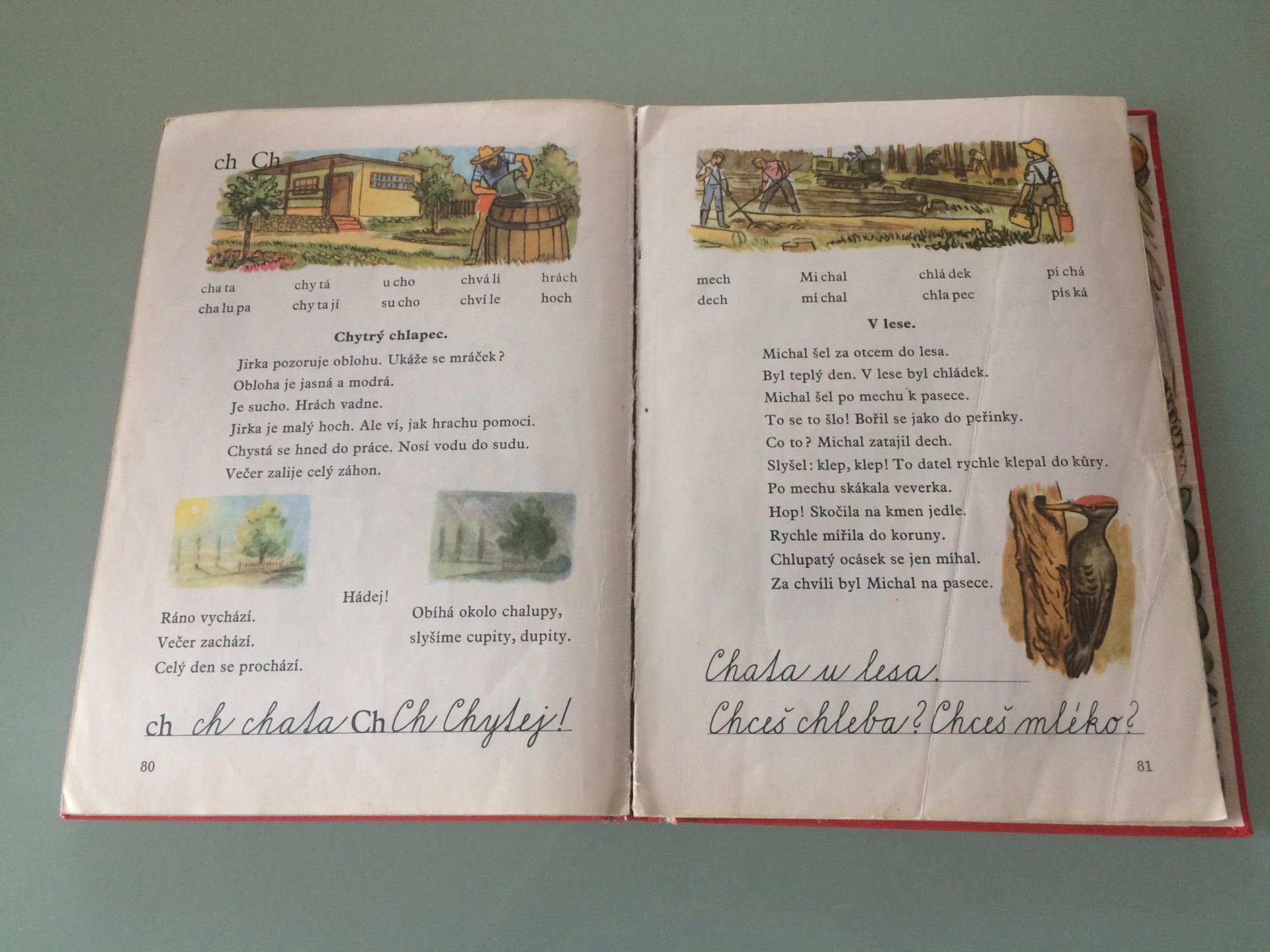 Like any language, Czech has some proverbs that most people do not understand. Perhaps because it contains words that we almost don`t know today. One such proverb is “A rude forehead is better than a “poplužní” courtyard”.
After all, what does it mean: poplužní?!
One explanation of the word “popluží”, from which the adjective “poplužní” is deduced, is that it is an area of about 150 acres, that could be farmed with one horse cart with one plow. The “poplužní” courtyard is then an enclosed complex of farm buildings, which includes land that ensures supply for the nobility itself.
The meaning of the proverb, however, is derogatory and means: Arrogance pays off.
However, how should such a phrase be understood by today’s young generation at a time when many people have never seen a plow pulled by a pair of horses?

Similarly, the phrase “Má tváře jako slabikáře” (He/she has cheeks like spelling-books.) may be incomprehensible today. And despite the fact that most people probably know what it means that “you have red cheeks from winter frost”, where did that saying come from? Isn’t it just a random rhyme?

It is not. From the late 1950s to the mid-1970s, a spelling-book with red covers was used in Czech schools. We can think anything about its content. Being first published in 1959,  it was largely ideological. Full of happy people in a seamless socialist society…

The myths about the perfections of a socialist society were finally eliminated in 1989. The textbooks are no longer uniform, so children in different schools learn to read and write with different spelling-books. But the red one remained in our proverb. So in the winter, you can meet a lot of children who have “cheeks like spelling-books” – and if their parents or grandparents went to school during the period 1959-1975, they would be happy to explain to them why it is said…

Don’t put off till tomorrow what you can do today.