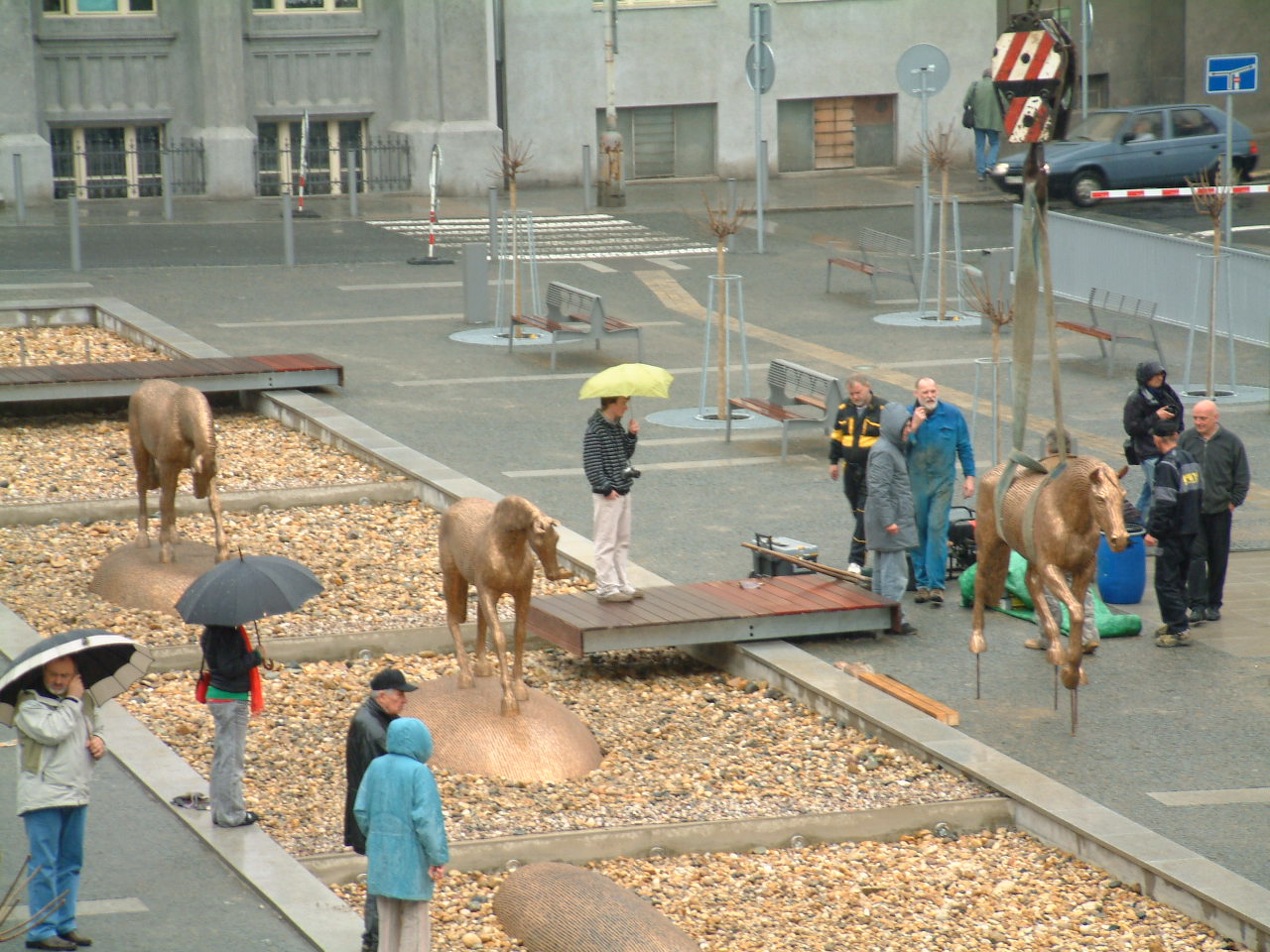 Ivan Masarik sent us his photos of Prague and we are very happy to publish them – thank you very much. The photographs were taken in 2008 and include, among other things, the installation of a sculpture of a group of horses on the square in Prague 6. I think they are quite unique photos and I am glad that we can show them to you. (Jana – OBP)

I recorded the whole procedure setting those horses. Was there when they were installed. April 6th, 2008. Lived opposite building above the coffee shop.
A lot has changed since (2014) my last time there. It was much cleaner and trees bigger, a great place to relax. (Ivan Masarik)

Three bronze horses walk in shallow water on a square in the Dejvice district of Prague. Since 2008, they are walking from the southeast, symbolically along the historic path that led here in the distant past.
Their author, sculptor Michal Gabriel, said of them: “I let three horses pass through the water cascade. Trees and a water cascade with several footbridges evoke the feeling of the landscape. When I say square, I imagine a statue in the middle, often an equestrian statue. When the rider is missing, the horse and its story remain. At present, the horse is no longer associated with work, but its nobility has remained and the connection with rest, freedom, and romance has increased. The horse is simply a beautiful animal.”

By the way: the square had no name for a long time. Then it was called At the Horses. Since 2018 it has been called Šabach Square. It`s named after the great Czech writer Petr Šabach, the author of many beautiful books, which became screenplays for excellent movies by director Jan Hřebejk. I think the best of them is the movie Pelíšky (Cosy Dens). (Jana – OBP)