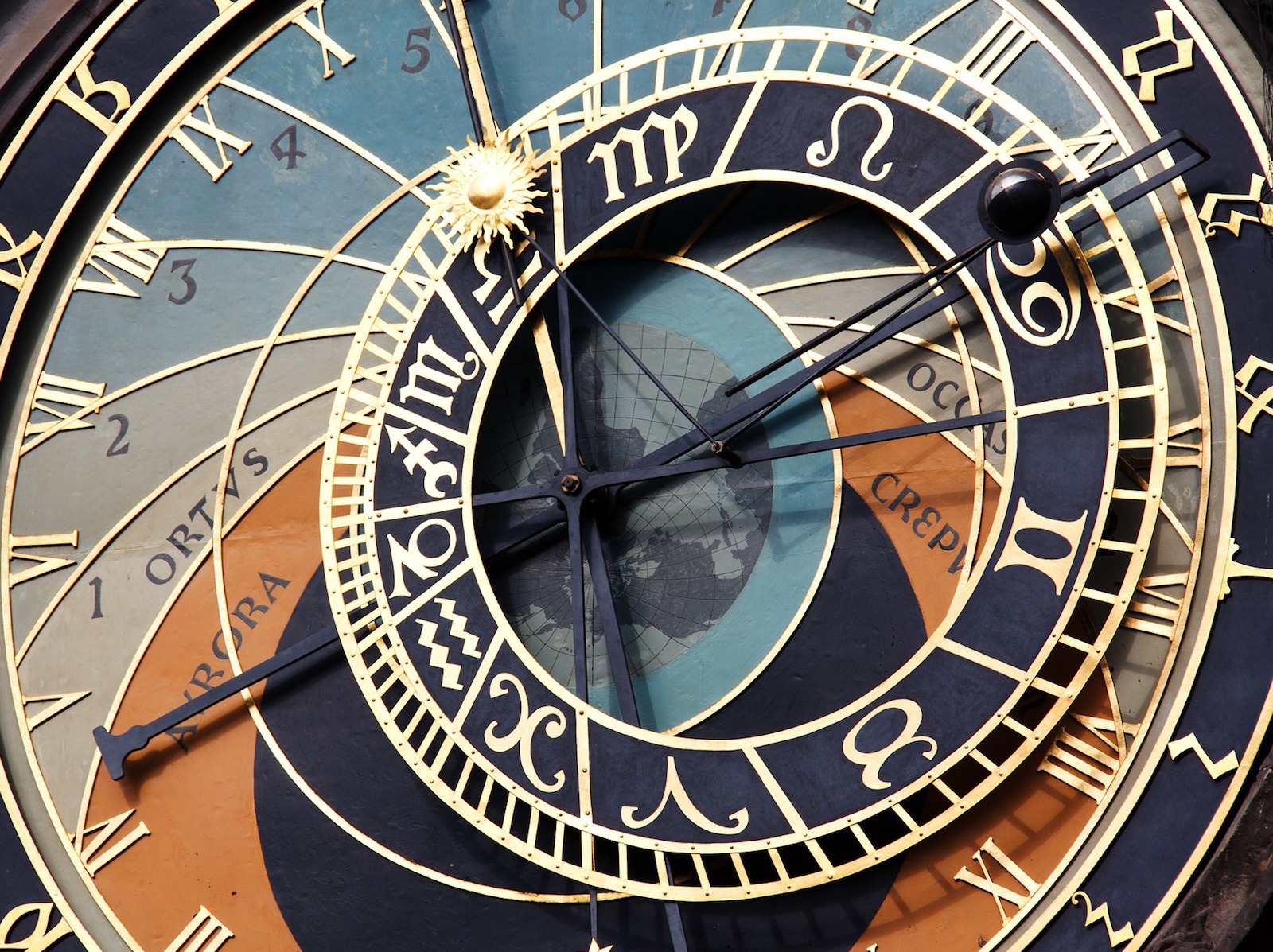 Old Town Square and Charles Bridge are connected by many paths, but the most classic one cannot be left out…

If you stand in front of the Astronomical Clock and turn the sight to the left, you will see a distinctive house. It`s Dům U minuty (the House at the Minute). The originally Gothic building was later reconstructed in the Renaissance style and, with its sgraffito, it is till today one of the most distinctive houses in Prague. It is significant for literature lovers because Franz Kafka lived with his parents in that house, even all his sisters were born there. 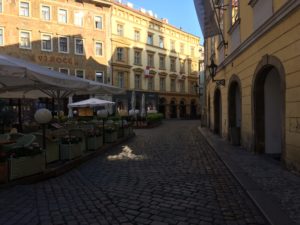 When you walk past The House at the Minute and enter the Little Square, you will see the second distinctive house with sgraffito, painted by one of the most important Czech painters of the 19th century, Mikoláš Aleš (also involved in the decoration of the National Theatre).

This is the house U Rotta (the Rott`s House), interesting also by the fact that in 1488 the printer Jan Pytlík printed the first Czech Bible here. In 1885-1996 the most famous Czech ironworks was located here – the store had three floors and in the times of its gratest glory, 4-6 railway wagons full of goods were sold daily.

The way to the Charles Bridge then leads through the Jilská and Karlova streets, where the theatre faculty of the Academy of Performing Arts is located, on the ground floor you will find CAFEDAMU, a pleasant and inexpensive café. Shortly after, Charles Bridge welcomes you, where you will come across not only many interesting people but also other “friends” (see the gallery).

Even here there are many routes, one interesting one around Stavovské divadlo (the Estates Theatre) and on Národní třída (the National Avenue). From the Old Town Square, go through Železná ulice (the Iron Street) to the Estates Theatre.

You will also walk along the Rückl Crystal store where we offer a 10% discount for you. 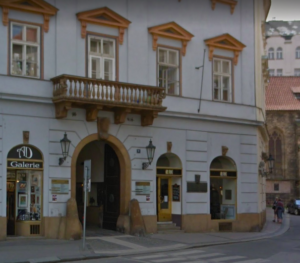 Along the theatre turn right onto Rytířská street (Knight Street), which will take you to Uhelný trh (Coal Market Square).

The passage will take you to Platýz Passage, a quiet courtyard in the middle of the city, where you can sit in one of the cafes, there is also a nice painting shop for art enthusiasts. From the passage then walk right on Národní třída (National Street), turn right and in five minutes you are right in front of the theatre.

The easiest way is to walk through the Kaprova ulice (Carp Street) to Palachovo náměstí (Jan Palach Square) and walk across the Mánesův most (Manes Bridge) to the Malostranská tram stop, from where you can get to the Prague Castle by a streetcar 22 or 23. And it’s up to you whether you get off at the stops Prague Castle, Brusnice or Pohořelec. (If you do not want to walk across the bridge, you can go from the Old Town only one stop to the stop Malostranská, by tram 2 or 18.) 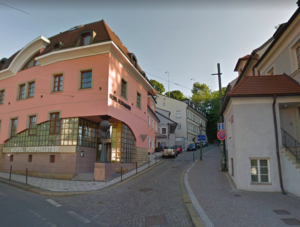 If you have enough time and desire to walk, you can walk from the Old Town Square to the Castle on foot. It’s not that far (keep in mind that Prague is a relatively small city) and it’s a beautiful walk.

When you reach Malostranská stop, you will be in the area called Klárov. Go a short walk to a small hillock, passing the lower part of the Old Castle Steps. Where the tram tracks turn sharply to the left, you will see the Hotel Hoffmeister. (The hotel is named after Adolf Hoffmeister, a Czech artist, playwright, translator, as well as a diplomat, whose sons Martin and Adam managed the hotel for many years.) Alongside the hotel, there is a little street Pod Bruskou (“Below the grinder” Street), which then turns into a path. When you get to the top, go left at the crossroads. 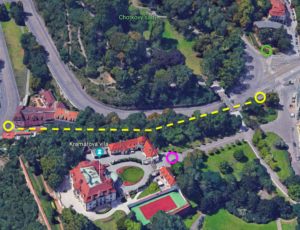 (To the right you would go to Kramář’s villa – Karel Kramář was the first Prime Minister of the new Czechoslovak Republic in 1918. Today, the villa is used as the representative residence of the prime minister, who can also live here, but none PM has ever lived here since the Velvet Revolution.) When you cross the intersection, you will find yourself in front of one of Prague’s most important villas, the Bílek’s Villa.

From Kramář’s villa, just walk through the pleasant park and cross the streetcar tracks. Across the road, you will see the entrance to Prague Castle’s Royal Gardens and Queen Anne’s Summer Palace, not only featuring the Singing Fountain but also the Orangery of leading Czech architect Eva Jiřičná.