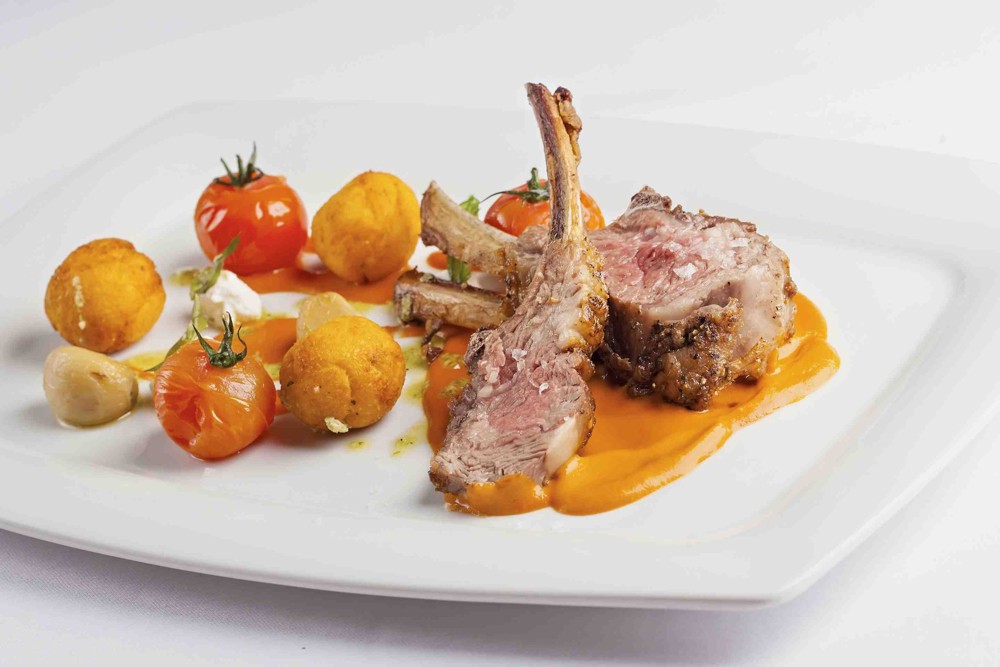 Celebrate your big day at Villa Richter, in a vineyard established by the patron saint of the Czech land, St. Wenceslas.

Opyš – this is a word whose meaning is known only to few Czechs. It is one of the forgotten words that is recalled only when you walk down the Old Castle Steps to the eastern gate of Prague Castle. Parallel to the steps is the street Na Opyši.

And what is it? Opyš is the name for the descending portion of a cliff. In our case, the one on which the entire Prague Castle lies. Famous St. Wenceslas’ vineyard is located on this cliff, along with the renowned Villa Richter restaurant. The vineyards have been there for a thousand years, the restaurant a little shorter time…

A vineyard with a thousand years of history.

Legends say that the vineyard in Opyš was already founded by the patron of Bohemia, St. Wenceslas (907 – 935), who collected grapes from the vineyard for altar wine.

In 1799, the vineyard was bought by the postman of the Imperial and Royal High Post Office Tomáš František Richter. His son, Karel Emanuel Richter, in 1832 entrusted the architect Josef Peschka to build a classicist villa with an English park on the place of the original wine house.

At the beginning of the 20th century, the villa was completed with a winter garden, which today serves as one of the Villa Richter restaurants.

There are several theories about how the name of  Prague originated. The most likely one is that Prague was named after a river threshold, a ford where people walked across the river. This threshold was located on the place of today’s Charles Bridge.
Just above it is the hill on which Prague Castle stands today. In the 9th century, there was a Christian church dedicated to the Virgin Mary. It was built by Prince Bořivoj. During the reign of his son Spytihněv I. the whole top of the hill was surrounded by a defensive rampart and a princely palace was established here. The craftsmen and merchants settled in the area under the palace, and gradually the town developed.
By the beginning of the 12th century, Prague was already a developed city about which someone unknown author wrote: “There live those who have a lot of gold and silver, there live the richest merchants of all nations, there live the most affluent bankers, there is a marketplace with a lot of loot.”

The castle, all its palaces, St. Vitus Cathedral, and gardens are the most valuable place in Prague. Here was formed the history of our country, here is history imprinted in every stone. Whether it is a stone in a cathedral wall, a palace wall, paving or in defensive walls and ramparts. The Czech crown jewels are saved here, the President grants state distinctions here, and official celebrations of public holidays are held here.

Prague is situated on nine hills (Bílá hora, Letná, Opyš, Petřín, Skalka, Strahov, Vyšehrad, Vítkov a Zderaz). The fact that the Castle lies on the hill Opyš, of course, is no coincidence. In history, this was due to its strategic location and the ability to defend the castle.

More important today is the fact that there is the most beautiful view of Prague.

So do you want to spend your festive moments in the same place as the Czech kings?

Whether you want to celebrate a birthday in Prague, a wedding including a wedding ceremony right in the middle of a historic vineyard, an anniversary, or want to have a beautiful evening for any other reason, Villa Richter is a great choice. They will fulfill all your wishes, the possibilities are almost limitless – including the fact that your celebration can be very intimate or can accommodate up to 800 guests.

With a 2% discount on everything.

What do you have to do? Nothing more, except writing your wishes to us: publishers@hummingbirdstories.net Everything else will be arranged for you to your full satisfaction. And even we’ll give you a 2% discount.

The Only Thing You Have to Do, is Say the Password: “Kevin Alone”.