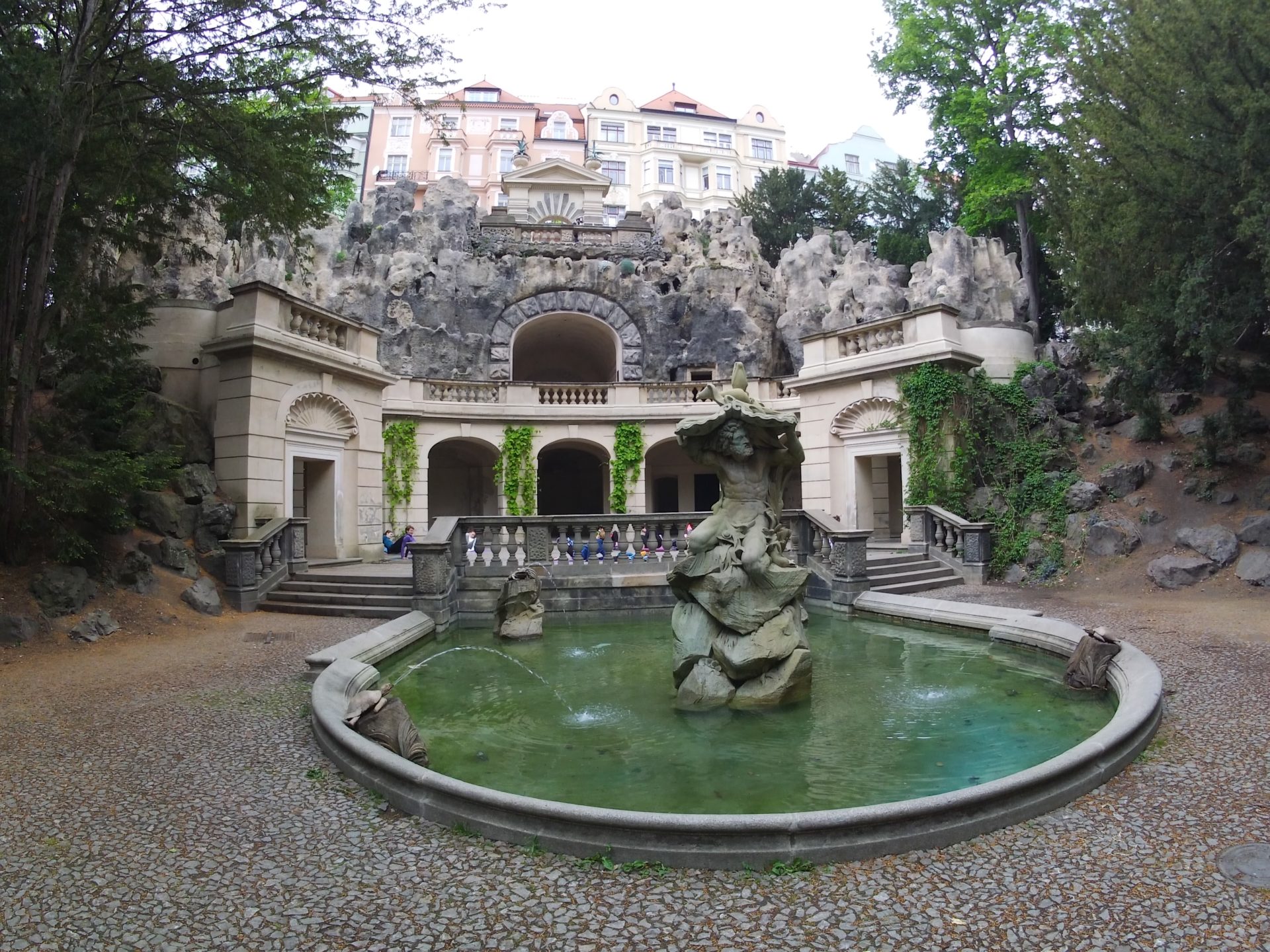 In 1828, the businessman Moritz August Gröbe was born. Although he was born in Saxony, Germany, he spent most of his life in Bohemia. He was employed by the company “A. Lanna and J. Schebek ”, which built railways, bridges, embankments, weirs, and locks. He later became their associate. And because the company was solid successful and efficient, Moritz Gröbe gained considerable resources that allowed him to build a magnificent park with a villa.

The Neo-Renaissance park was supposed to resemble the landscape of Italian Tuscany, and 60,000 cart-loads of clay from the construction of Prague’s main railway station were used for its construction. There is also a romantic cave (grotta), including a pond with a fountain. Grape vines have grown on the southern grounds of the future park since the Middle Ages – and the vineyard is still there today.

The total cost of building the complex was 1,760,000 Austro-Hungarian crowns, which corresponds to the price of about 500 kg of gold, i.e. at current prices of about 500 million CZK (20 million USD).

Today, almost no one knows of Moritz Gröbe (he died in 1891 in Prague), but almost everyone knows the park that he left behind for Prague. The park, which still has the name Gröbe – or “Grébovka” in Czech. Come see it with us…