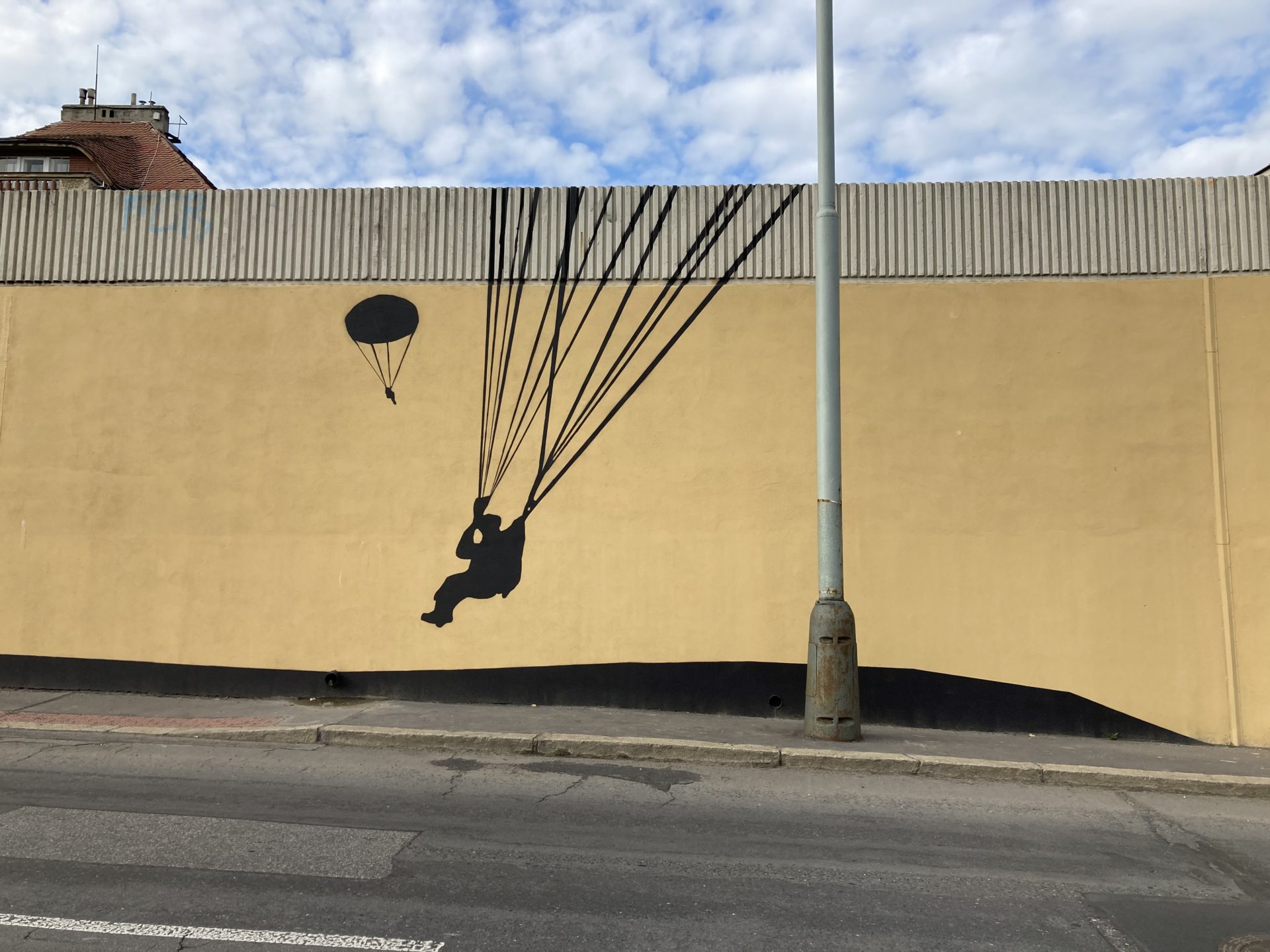 The castle in the photo is the clinic of pneumology and thoracic surgery at the Bulovka Hospital. The grey building underneath was already there on 27 May 1942. It is a place that no longer exists in its original form, but all Czechs know where it is. It’s “the Heydrich’s Curve”.

Reinhard Heydrich was the Acting Reich Protector of Bohemia and Moravia, the third man of the Reich. He is also the man who organised the fake assault of the transmitter in Gliwice, a city which was then in Germany, now Poland. The retaliation for this assault, which was carried out by Germans disguised as Poles, was the invasion of Poland on September 1, 1939, which started the Second World War. Heydrich was also the author of the Holocaust idea, during which six millions of Jews have been murdered in concentration camps since 1942.

In September 1941, Heydrich became the Acting Reich Protector in Bohemia and Moravia, and shortly thereafter he presented a “solution to the Czech question”. The Czech nation was to cease to exist. The Czechs were to be Germanized, displaced or murdered.

The Czech government-in-exile in Britain therefore decided to send several groups of paratroopers (Silver A, Silver B, and Anthropoid) to Bohemia with the aim: assassination of Reinhard Heydrich. This was done by paratroopers Jozef Gabčík and Jan Kubiš. It happened on May 27, 1942.

Since last May, a 200-metre-long mural by architecture student Jakub Marek has been painted on the long wall along the road that is now next to the Heydrich’s Curve. He decided to depict their story literally. So the wall shows a plane with paratroopers, their parachute drop into the occupied homeland, the search for helpers from the Czech resistance, a figure with a bicycle on which the paratroopers rode to the site of the assassination, a sketch of the curve, Heydrich’s Mercedes, and the church in which the paratroopers hid after the assassination. Then, at the end of this long painting, there are hundreds of little heads symbolizing the number of Czechs killed by the Germans in retaliation for the death of Reinhard Heydrich.

An interesting detail is the part of the painting where the paratrooper’s hand is ringing the doorbell. The names on the nameplates are the real names of people from the resistance who helped the paratroopers. One example for all: Josefa Vaňková and her husband hid Dr. Břetislav Lyčka, who treated the wounded paratroopers Kubiš and Gabčík, in their house. When everything was revealed, Dr. Lyčka shot himself, Ludvík Vaněk was executed in Mauthausen.

His wife Josefa was then five months pregnant – the Germans had her give birth in Pankrác prison, and in 1943 she was killed in the gas chamber at Mauthausen. The baby was missing, but eventually the boy was found in 1945. He was raised by his grandmother and her second daughter Věra Šmejkalová helped her with that. She is the first one listed in the names on the doorbells…

The foundation stone of the memorial to the paratroopers in Heydrich’s Curve was laid on 27 May 2008. Three figures with outstretched arms stand on the 9-meter high steel triangular prism, whose ground plan refers to the shape of the Czechoslovak flag. Two of them are wearing helmets and symbolise the paratroopers, the third is wearing a hat and is a symbol of the civilians who helped the paratroopers.

The memorial is the work of sculptors David Moješčík and Michal Šmeral and architects Jiří Gulbis and Miroslava Tůmová. The unveiling ceremony took place on 27 May 2009, at 10.35 AM. Exactly 67 years after the assassination.

The metal tape at the foot of the memorial reads, “On this spot, on 27 May 1942 at 10:35 AM, the heroic Czechoslovak paratroopers Jan Kubiš and Josef Gabčík carried out one of the most important resistance acts of the Second World War – the assassination of the Acting Reich Protector Reinhard Heydrich. They could never have accomplished their task without the help of hundreds of Czech patriots who paid for their bravery with their own lives.”

The streets around the Heydrich Curve are named after “Heydrich’s paratroopers”.

Several films have been made about the assassination, the most famous of which is a 1964 film, with a simple title: Assassination. In one of its scenes, Reinhard Heydrich puts the Czech royal crown on his head, even though he knew that there was a superstition that said that whoever puts the crown on his head wrongly will die within a year…

Reinhard Heydrich lived with his family in the castle in Panenské Břežany, a village a short distance north of Prague. In 2011, Heydrich’s son Heider, who was 7 years old at the time of the assassination, arrived there. In an interview with the magazine Reflex, he said at the time: “My mother, who spoke to my father before he died, told me long afterwards that my father wanted Germany to refrain from acts of revenge for his death. Karl Hermann Frank, who was also said to have known this opinion, even argued with Hitler about it.”

Heider didn’t find out who his father was until he was an adult. He also visited concentration camps in Germany and Poland – and as a son he had to learn to distinguish between his father as a private and public figure. He knows from his mother that his father loved all his children very much. However, when he read from the book of Günter Deschner: Reinhard Heydrich – Architect of Total Power: “Heydrich had to be considered the most dangerous opponent on the German side, which led to the decision to eliminate him”, he commented in the aforementioned interview: “I can agree with this assessment.”

The photos show Heider Heydrich in the castle in Panenské Břežany and with Helena Vovsová, who as a young girl worked at the castle as a gardener during the war. (Photo: Czech Radio)

Memorial to the Victims of Communism