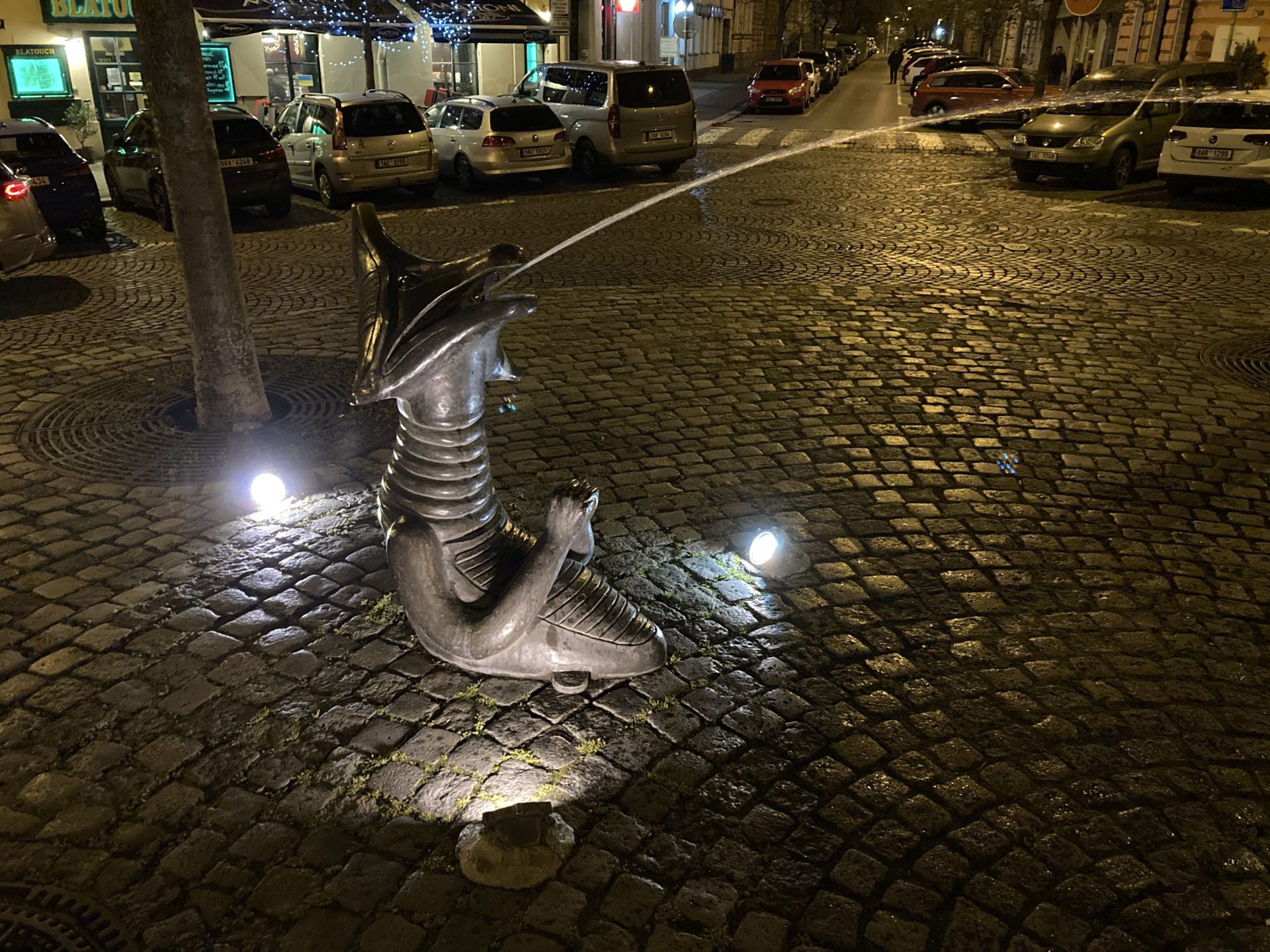 Peace Square is one of the most beautiful squares in Prague – and not only thanks to the Church of St. Ludmila or the Vinohrady Theater. And not only because of the Christmas markets, which are the most beautiful in the city. It’s a beautiful, quiet place where you can sit on a bench in the park in front of the church, relax – and maybe buy a coffee and cake at the stall at the tram stop, or the famous hot dog.

You can also buy that coffee and a piece of cake in one of the famous cafés, of which there are many in the streets of Vinohrady. And if your wander through this beautiful Prague district leads you from Peace Square to Americká Street, you will come across an interesting fountain at its crossing with Záhřebská Street. It has been there since 2005 and is the work of sculptor Miroslav Beščec. The fountain consists of a circular granite pool into which bronze statues of mythical animals with non-existent forms and names spout water.

And if you stop enjoying it, there are two interesting restaurants in Záhřebská Street just a few meters away. One of them is called Giardino, they cook very well and people from Vinohrady like to go there for the lunch menu. The one right across the street is called Klempírna (Plumbing Workshop). And it has an interesting history.

In 1875, Mr. Kasl bought a farm and built a large plumbing workshop in its place. Or rather, a small factory. It prospered until 1948 when it was confiscated and the owner was sent to a forced labor camp as a punishment.

In 1990 the houses were returned to his son – and his family among other things runs a theater and this restaurant here. It’s a good place to eat, a good place to talk to friends, and if you like theater, there’s always someone to talk to.

Memorial to the Victims of Communism