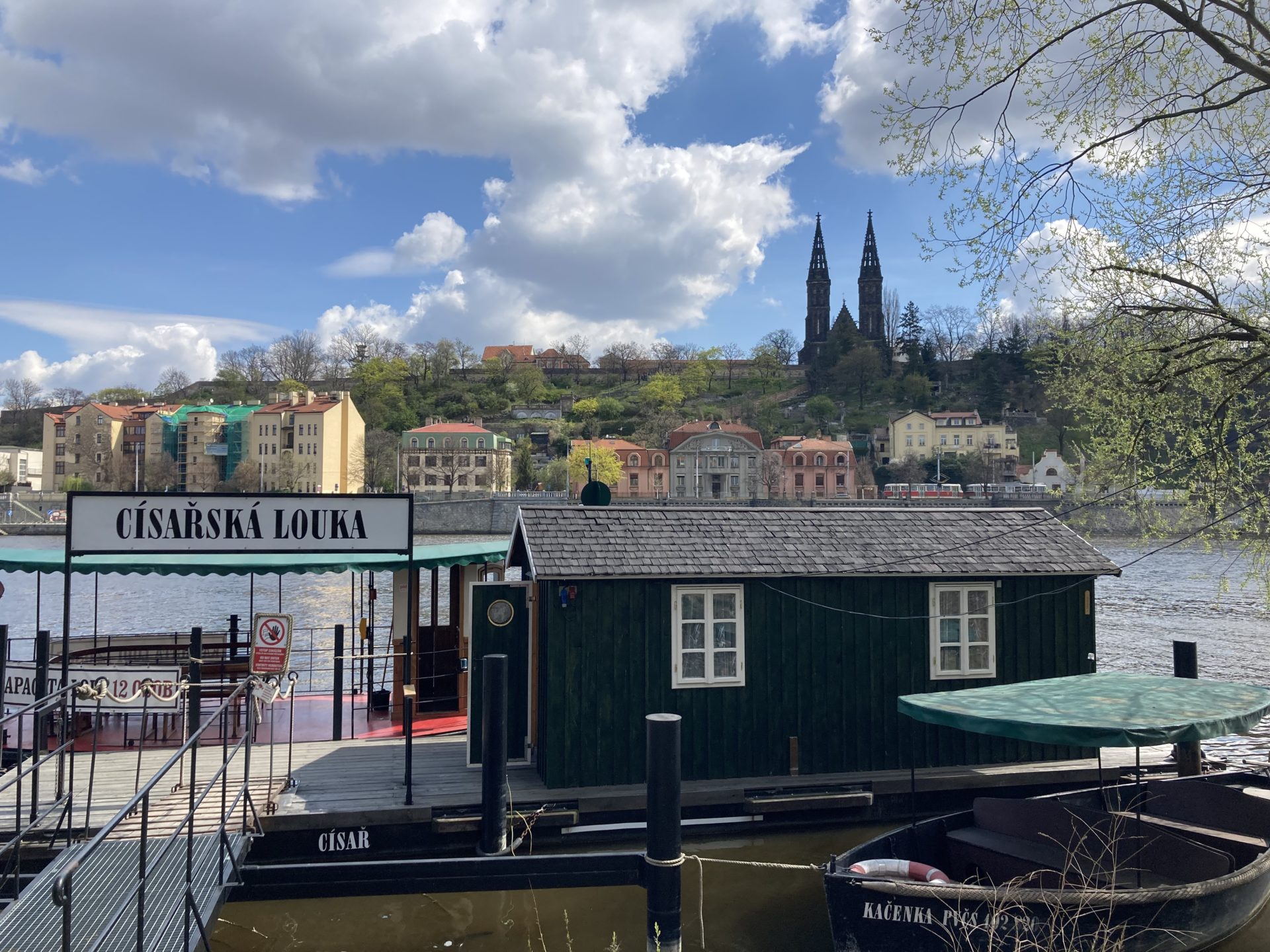 Prague public transport also includes six ferry lines. Some run all year round, some from April to October. The boat intervals are from 10 to 30 minutes, running from morning to 8 or 10 pm. And some have a note in their timetables: the ferry runs as long as it is daylight. Ferry number 5 runs from the Railway Bridge to Císařská louka (Emperor`s Meadow), to the Smíchov side of the Vltava, and back to Výtoň.

The Emperor`s Meadow was not originally an island. This place was called the Royal Meadow and the great coronation feast of King Wenceslas II likely took place here in 1297. Later on, various sporting events were held here, and at one time gold was even panned on the meadow.

At the turn of the 19th and 20th centuries, the meadow became an island. A canal was dredged on the Smíchov side and the Smíchov port was created. The newly created island is connected to Smíchov by a bridge.

Honestly, a visit to the Emperor`s Meadow only makes sense if you want to park your caravan there, play golf, or see Vyšehrad from the side of the river. But it’s worth it just to take a boat ride there and come right back again. The ride takes a few minutes and the same ticket you came to the dock on applies. So as entertainment before dinner or a walk along the riverbank, it’s actually a pretty good idea.