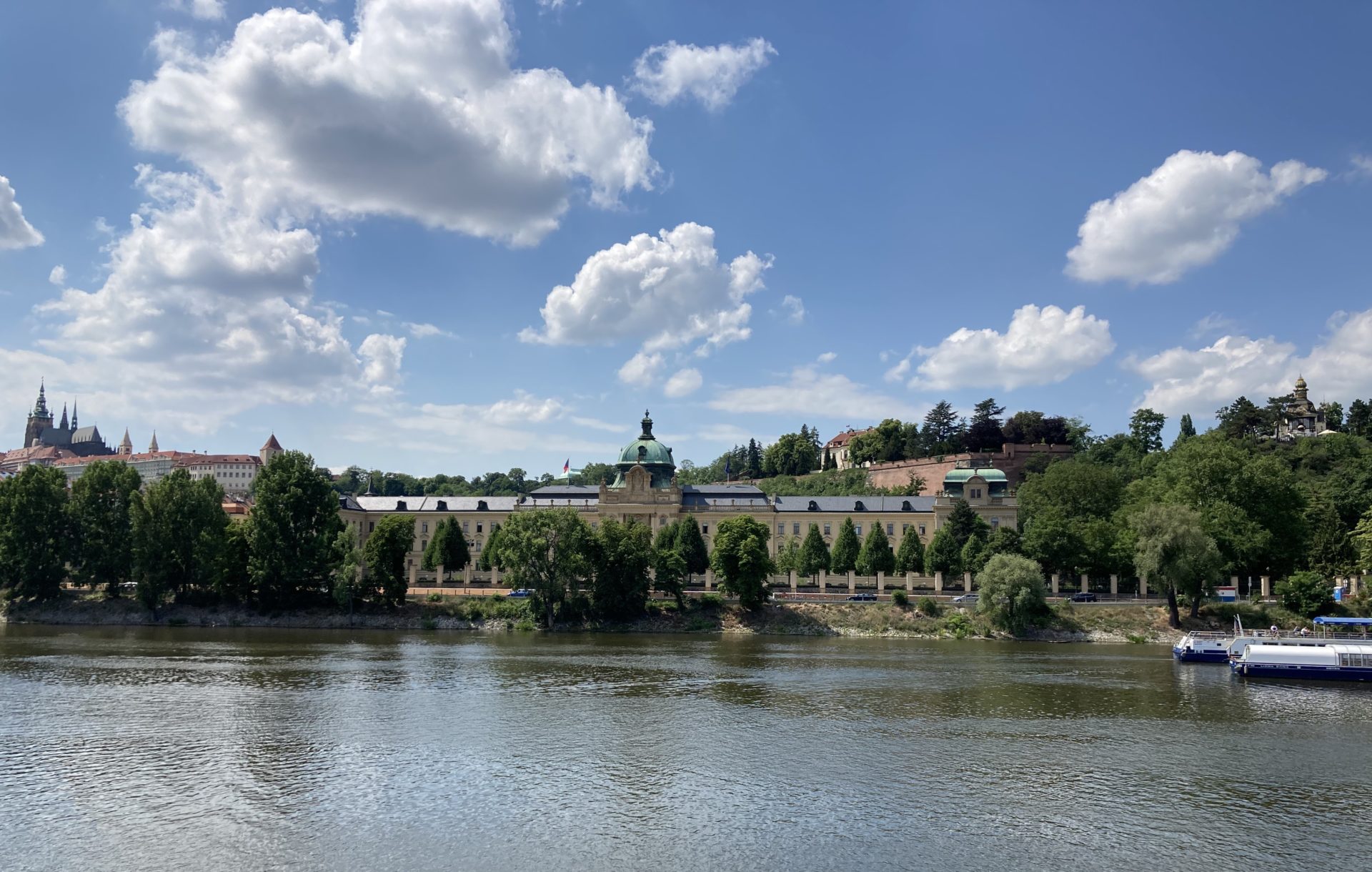 The short video shows Miloš Forman with 90-year-old Ferdinand Platil, a retired World War I officer who was a lifeguard at the Civic Swimming Pool on the Vltava River for 60 years. He had a tattoo of a rudder on his belly, a sailboat, and a sailor on his chest, and was respected by visitors to the swimming pool. Miloš Forman, who often went to the swimming pool before his emigration to the USA, also knew him from there. (In the video, he asks him which were the best years of his service at the swimming pool, and Mr. Platil replies that it was during the Austro-Hungarian Empire.)

Therefore, in 1840, a second swimming pool was established (on the other side of the street, which is now called U plovárny), which was intended for citizens. And that was exactly what was called the Civic Swimming Pool.

The civic swimming pool was still open at the end of the 1970s,  today there is a restaurant. And what’s on the site of the original soldiers’ swimming pool? Straka Academy, the seat of the Czech government.

The name of the Straka Academy is well known, but not everyone knows why the buildings of the seat of government are called that. At the beginning of this story was Count Jan Petr Straka of Nedabylice and Libčany. In 1710, he bequeathed all his property to establish a foundation “for the education of poor youth from the upper classes”.

According to the last will, this was to happen five years after the death of the last male descendant of the family, and for these five years, living women from the Straka family had the right to use the property.

Noble scholarship holders were first supported by the bequeathed funds, the educational institute itself was built in the years 1891-1896. On the ground floor of the building, there were study rooms, offices, a hall, and cabinets with collections of teaching aids. The first and second floors were reserved for students. In addition to other study rooms, there were mainly bedrooms and a home chapel. The academy was equipped with central heating and comfortable baths, students had a summer and winter gym and their own hospital.

Although a necessary condition for admission was proven indigence, wealthy students could live here. However, they either covered the costs of their stay themselves or at least partially participated in them. The students attended public schools, and in the academy, they also learned fencing, dancing, horse riding, drawing, music, and languages.

Shortly after the outbreak of the First World War, the academy building was made available to the Red Cross as a hospital.

In 1918, after the end of the monarchy and the establishment of the Republic, the use of noble titles was banned. Ironically, during the Protectorate, i.e. during the Second World War, the nobility got their titles back; the ban was renewed after the war. After 1948, the nobility lost all their property.

The academy for the descendants of poor nobility would have been open to all, but there was nowhere else to go…

It was intended for government purposes for the first time during the occupation, and from 1942 it was the seat of the Reich Court. From 15 May 1945, the building of the Academy was reserved for the needs of the Czechoslovak government, and from 1993 for the Czech government.