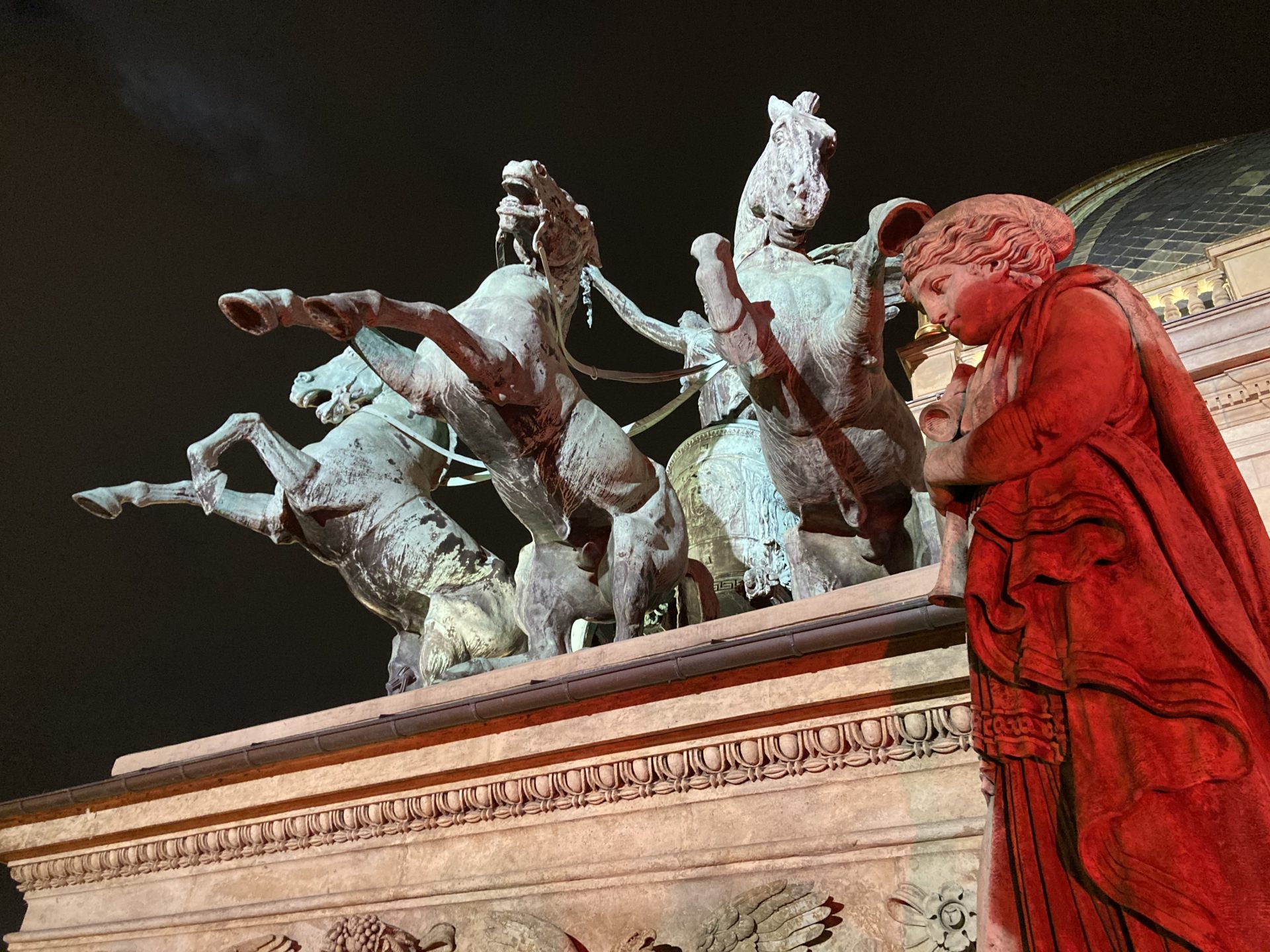 Triga is a cart drawn by three horses, which was considered the vehicle of the gods in ancient times – two triga sculptures on the roof of the National Theater carry the goddesses of victory. They have an interesting history.

The sculptor Bohuslav Schnirch did not manage to finish them in 1881 because there were long disputes about the form of the trigas, including how many horses are actually to be depicted or whether the goddesses are beautiful enough. So at the opening of the National Theater, their gypsum copies were in place.

During World War II, the director of the National Theater had hollow bronze statues filled with concrete so that they would not fall into the street during the shocks of the imminent bombing. But because concrete expands differently than bronze when the temperature changes, the sculptures cracked. Fortunately, they were repaired during the war, which was quite a difficult task – all the material had to be transported without the use of technology, and it is exactly 139 steps.