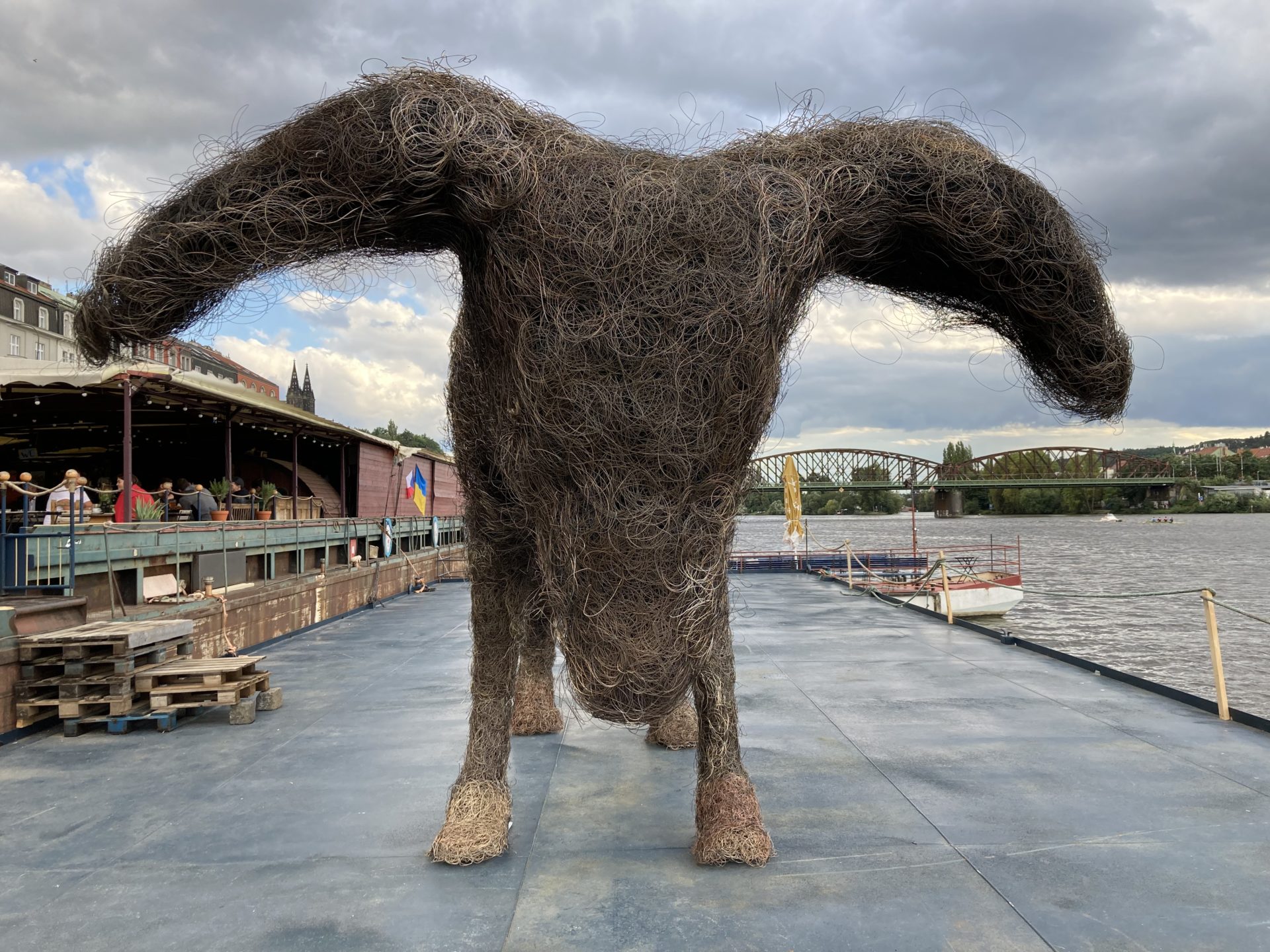 For two weeks only, a giant statue of a dog called “Small Dog” will be exhibited on a boat on the Vltava. A giant small dog is 7 meters long and weighs 4 tons. At the end of September, it will sail down the Vltava and the Elbe for an exhibition in Dresden, Germany.

The sculptor František Skála fulfilled his dream with this statue – to create a statue of someone completely insignificant. It cannot be taken literally, however, because his model was the dog from the graphic Pieta by Max Švabinský from 1906.

František Skála said about the statue: “It is a monument to endangered species. Monument to the outcasts. A crossbreed of impure races and extinct creatures. An anti-hero who never conquered or united anything, and never drew attention to himself with anything significant. He just fought for bare existence, arousing compassion from some, contempt from others.”

And this is how the “giant-small” dog was created. (The sculptor František Skála is in the last photo.), Photos

František Skála is a man of many artistic professions. Here as a singer, the song is called “Urn Grove”.