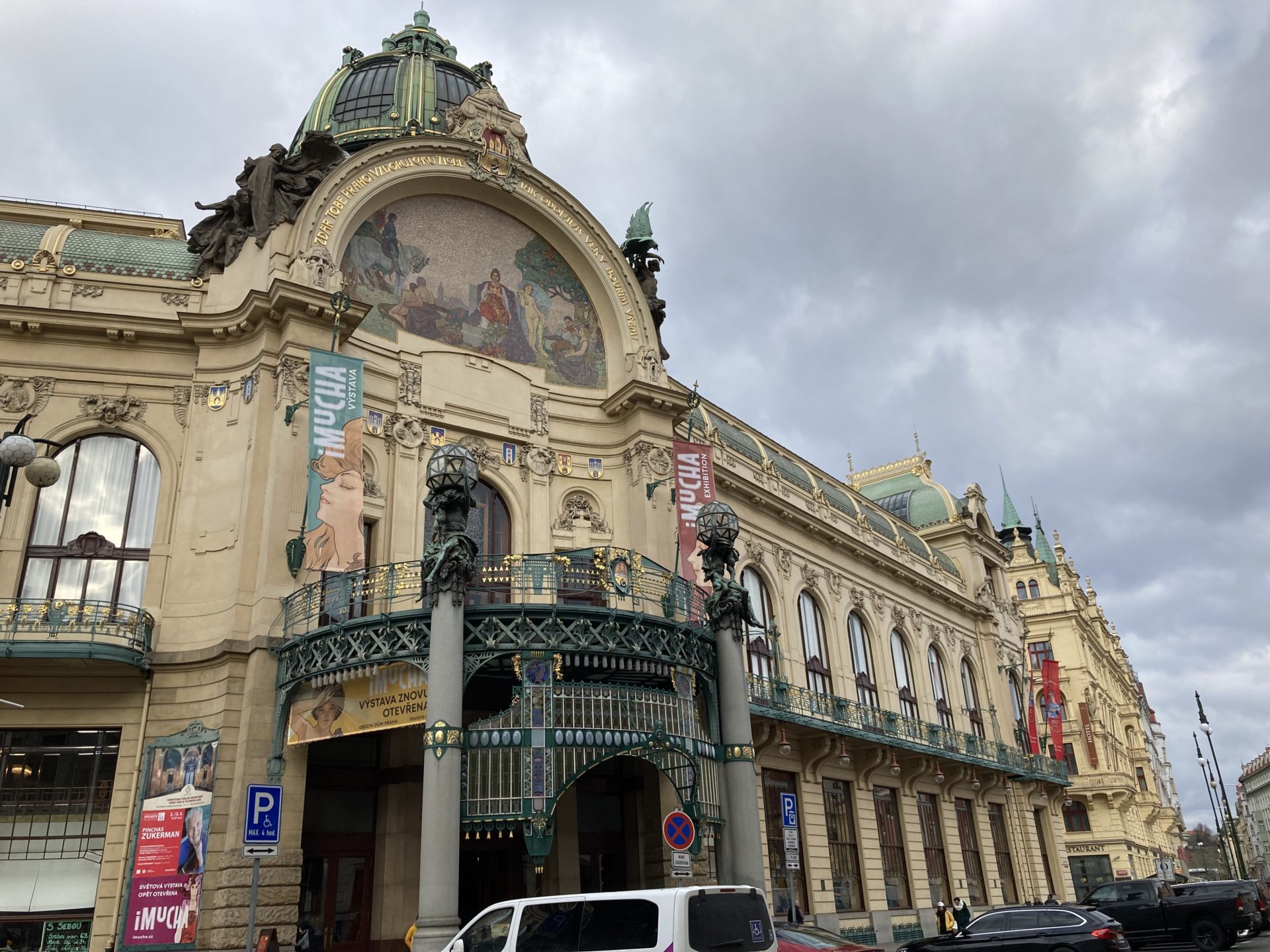 The Municipal House is today one of the most monumental Art Nouveau monuments in Prague. The King’s Court, the seat of the Czech monarch, once stood on its site. The Municipal House was built in 1905-1911. (The photo of the house construction dates from 1906. The shabby house opposite the construction site is no longer there. The Czech National Bank building, which can be seen in the next photo, was built in its place.)

The Municipal House entered Czech history twice: on October 28, 1918, the independence of Czechoslovakia was declared here, and in November 1989, representatives of the current communist government met people from the Civic Forum, led by later President Václav Havel.

But the Municipal House was built for culture. Its main concert hall, Smetana Hall, is the venue for the opening concert of the largest Czech classical music festival, the Prague Spring – on May 12, the anniversary of the death of the first or second largest Czech composer, Bedřich Smetana (+1884). The imaginary primacy belongs to either him or Antonín Dvořák, and there is no objective measure for comparing them, because both were amazing. However, Bedřich Smetana wrote the symphonic poem My Homeland, which is the essence of Czechness, our history, culture and tradition. It is a true expression of Czech patriotism in the sense of love for the homeland.

By the way – in 2017, the Prague Spring Festival opened with a performance of My Country by an orchestra led by the phenomenal conductor Daniel Barenboim, who said of My Country: “Czechs can be proud of Smetana and My Country. My Country has no parallel in the world. No other nation has a musical composition so directly and firmly connected with the nation. It is a universe of Czech land, Czech history, Czech feelings.” (Watch a trailer about Daniel Barenboim and My Country.)

This year’s opening concert of the Prague Spring Festival will once again be conducted by Daniel Barenboim, this time with the West-Eastern Divan Orchestra, of which he is a co-founder.