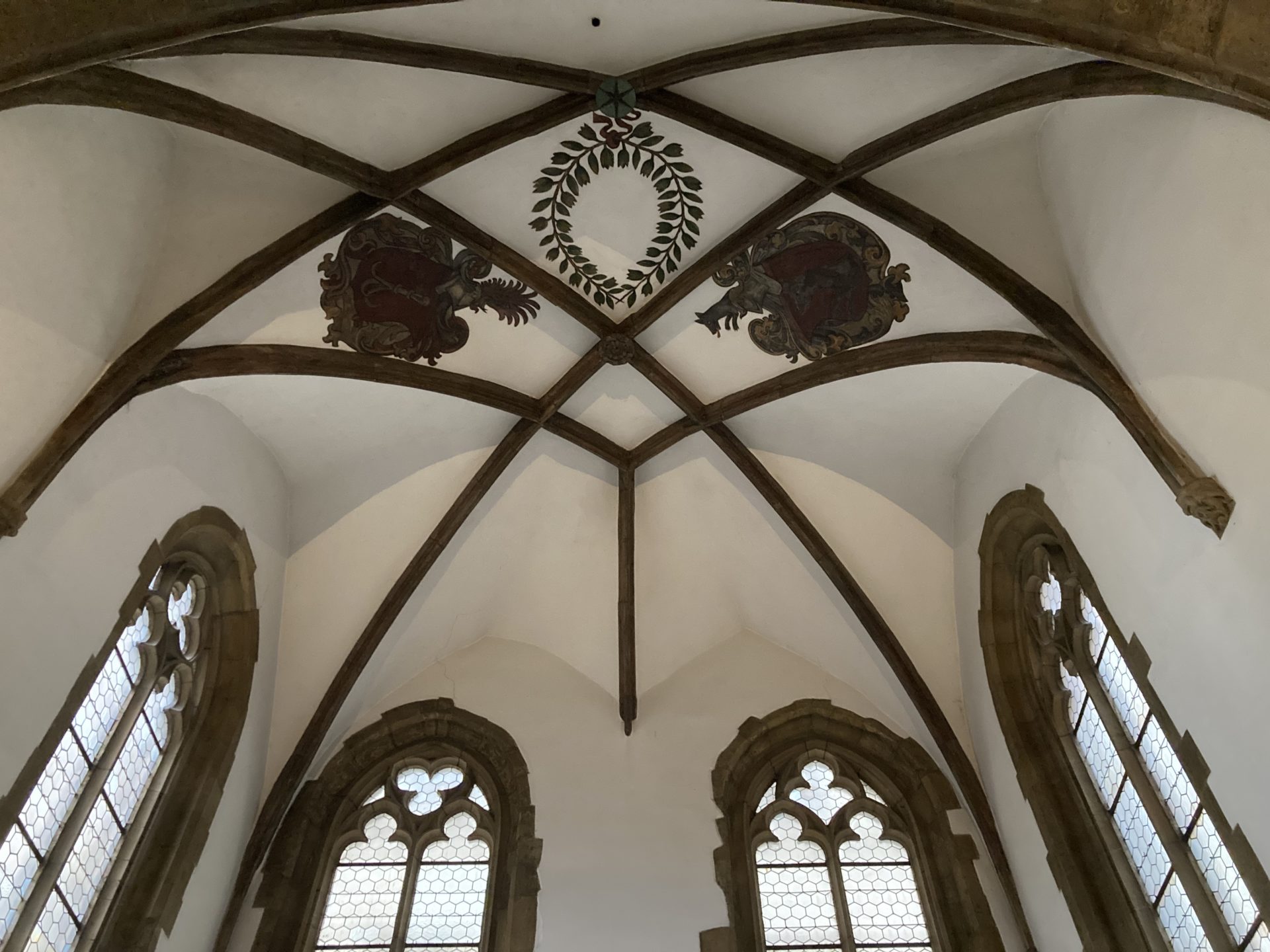 On the roof of the Church of St. Martin in the wall is a gargoyle – a figure of a little boy. He was the son of a widow who lived in a neighboring house. While mom worked to provide financially for the family, her son was doing mischief. When the mother was returning home one day, she saw a crowd of people at the church. They were all looking up at the roof where her son was running around. This made her very angry, so she shouted: “You rascal, you’ll be fossilized for that sin!” And as soon as she had finished speaking, her curse became true. The boy didn’t even straighten up and turned, even with his tongue out, into a stone statue.

Another legend says that in 1386 the Old Town councilor Jiří Šverhamr lived opposite the church. One day he came home from the town hall, put the town seal on the table, and went to another room. His wife was bathing a child in a tub and gave him the town seal to play with. Later she forgot about it and poured the dirty water with the town seal on the street.
Another burgher found it there, took it to the town hall, and the councilors immediately went to see Šverhamer. And they brought the executioner because the penalty for losing the town seal was a death sentence. And because he didn’t have the seal, the executioner beheaded him.
A cross was erected at the place of execution. Today it is painted on the wall of the house – it is still called the House of the Black Cross. Legend has it that the ghost of the dead councilor, with his head in his armpits, still appears around the church at night, exhorting sinners not to end up like him.

The Church of St. Martin in the Wall is a Gothic (originally Romanesque) church in Prague’s Old Town. It was built between 1178 and 1187 in the then settlement of Újezd, which was then called Újezd near St. Martin after the church. In the middle of the 13th century, one of the walls of the church was part of the city walls – since then the church has been called “in the wall”.
The Gothic building modifications of the Romanesque church were carried out after 1350, during the reign of Charles IV. The fortification gate of St. Martin was also named after the church. The gate was demolished at the beginning of the 16th century, after the merger of the Old and New Towns, at the point where Na Perštýně Street enters Národní třída.

In 1784 the church was closed down, sold, and rebuilt into an apartment house, with shops in the lower part of the church. At the beginning of the 20th century, however, the building was bought again by the Prague municipality, and the church was restored there.

Today it is rented by the Evangelical Church of Czech Brethren and the church is also a cultural center, so you can go to a concert there. One of the pastors there is Karel Müller, who is popular in a pair with another pastor Jakub Helebrant – as the YouTuber duo Pastoral Brothers.