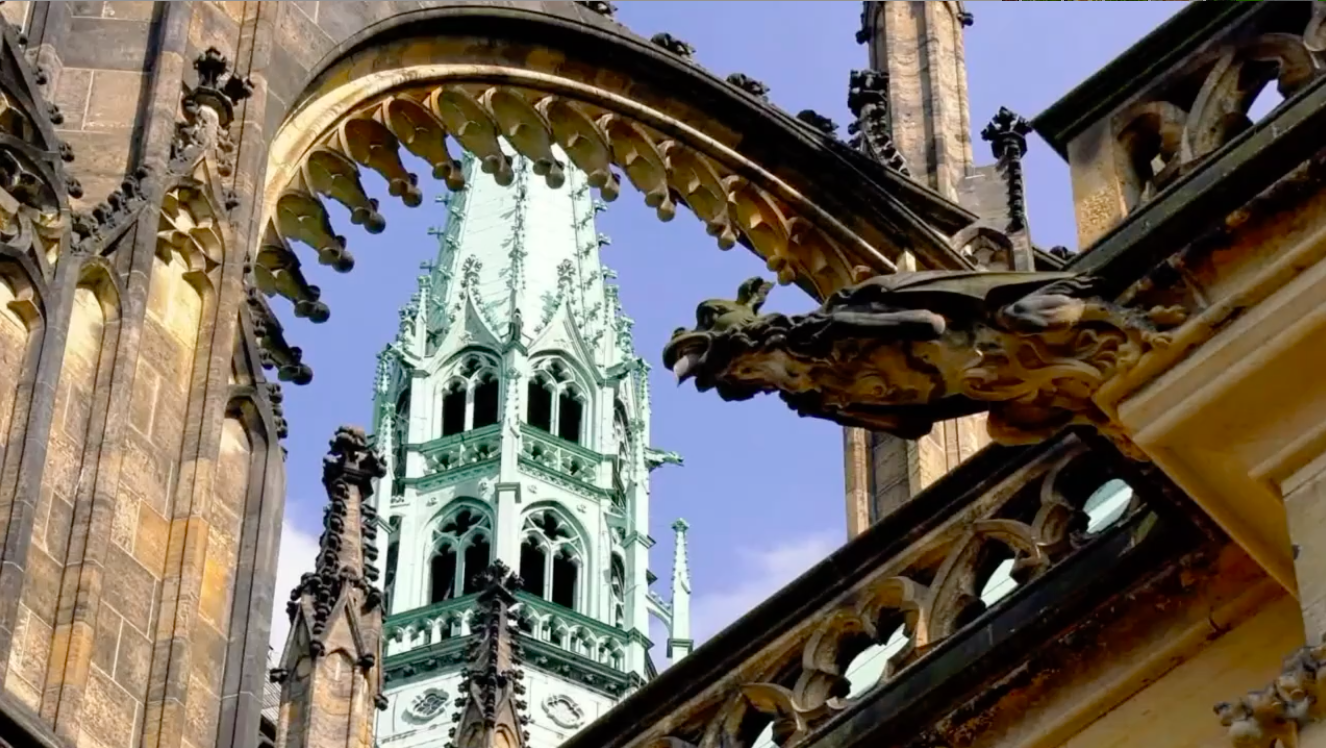 Behind the gilded grille of the Great South Tower of St. Vitus Cathedral is the belfry, in which Sigismund, the largest Czech bell, is hung. It is 2 meters high and weighs 13 tonnes. Its sound has a power of 120 decibels, which is comparable to the take-off of a fighter aircraft. The bell is rung by four bell-ringers, the other two move and slow down the heart of the bell. Once every 150 years, the bell has to be rotated 90 degrees, otherwise it would burst. At a normal sight from the courtyard of Castle, the bell is not visible, but when it starts ringing, you feel a sound wave rushes against you like a train.

There are several legends associated with this bell. The most famous one says that when Sigismund’s heart breaks, it means that something unpleasant awaits us. Is that true? It’s hard to say.

The last time the heart bell broke was in June 2002. When it fell, it broke through the wooden floor of the bell tower (the heart of the bell weighs half a ton) and stopped on the floor one floor below. And the legend? In August 2002, we were affected by the largest flood since 1845. The flood affected 753 municipalities, 17 people lost their lives, the total damage was CZK 73 billion (to give you an idea: the state budget of the Czech Republic had expenditures of CZK 700 billion that year).

Another legend says that the bell was transported to the tower by the king’s wise daughter using a special hoist with a rope made of girl’s hair. Is this true? We don’t know, because the same legend says that the hoist was destroyed so that no one could copy it. So maybe it is true maybe not and we can only narrate together about it…