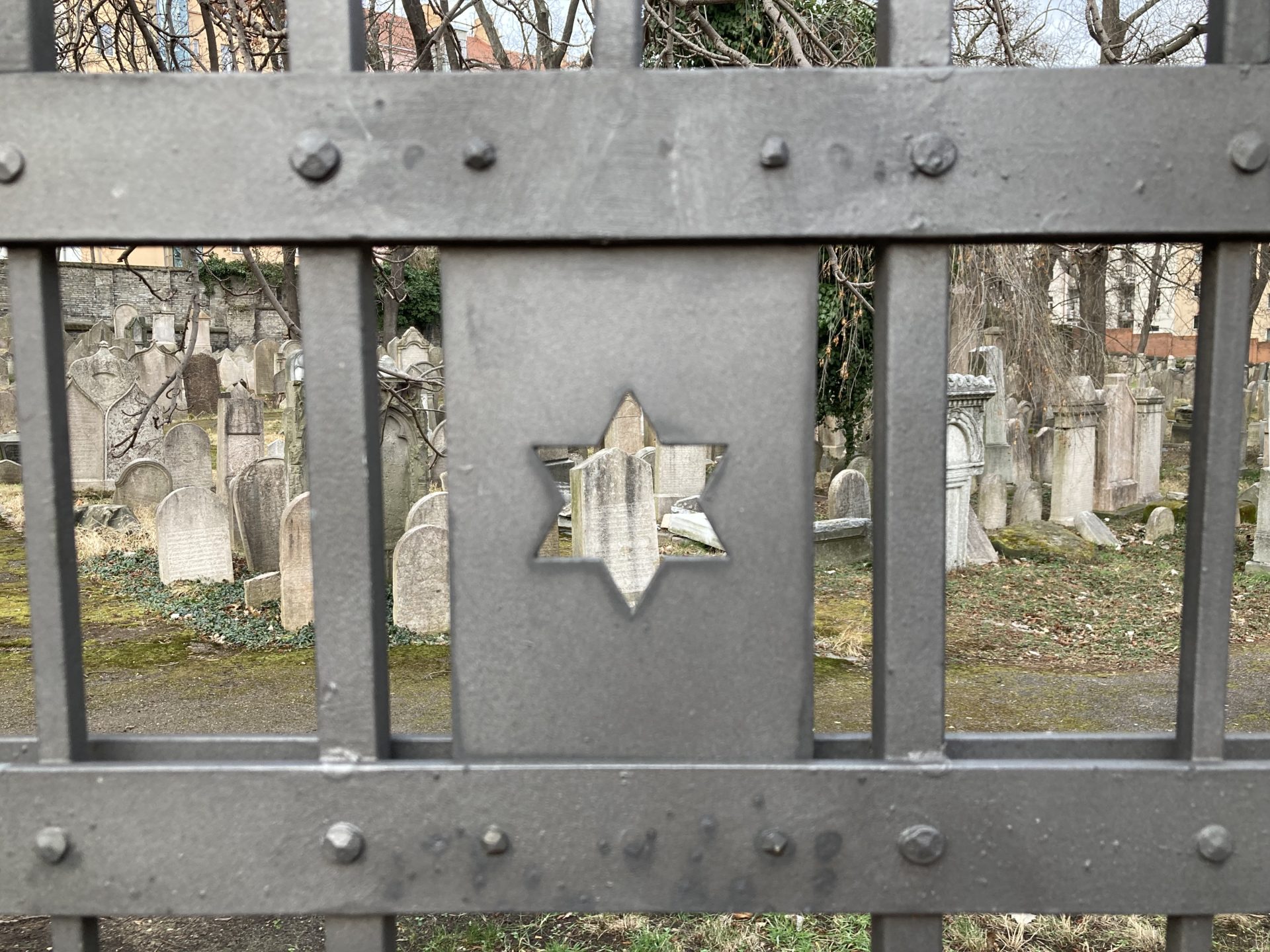 The Žižkov Television Tower has a café 66 metres above the ground. Looking from this height, you can see the Old Jewish Cemetery at Žižkov next to the tower. The cemetery is quite small – but has it always been so small like this?
Unfortunately not.

In 1960 the cemetery was greatly devastated. Its perimeter walls were demolished, tombstones were covered with soil, and a public park, Mahlerovy sady (Mahler’s Orchards), was established on three-quarters of the cemetery’s area. (To understand this incomprehensible act, it is necessary to realize that we are talking about the end of the cruel 1950s, when the ruling communist ideology was very anti-Semitic.)

The next period of this disrespect for the dead was the years since 1985, when the aforementioned television tower was built in Žižkov. At that time, a large part of Mahler’s Orchards was used for its construction. The tombstones hidden under a layer of soil were destroyed and taken to the landfill and the remains of the deceased were transported to Olšany Cemetery.

Thus, only the oldest part of the original Jewish cemetery with the most valuable tombstones remained.