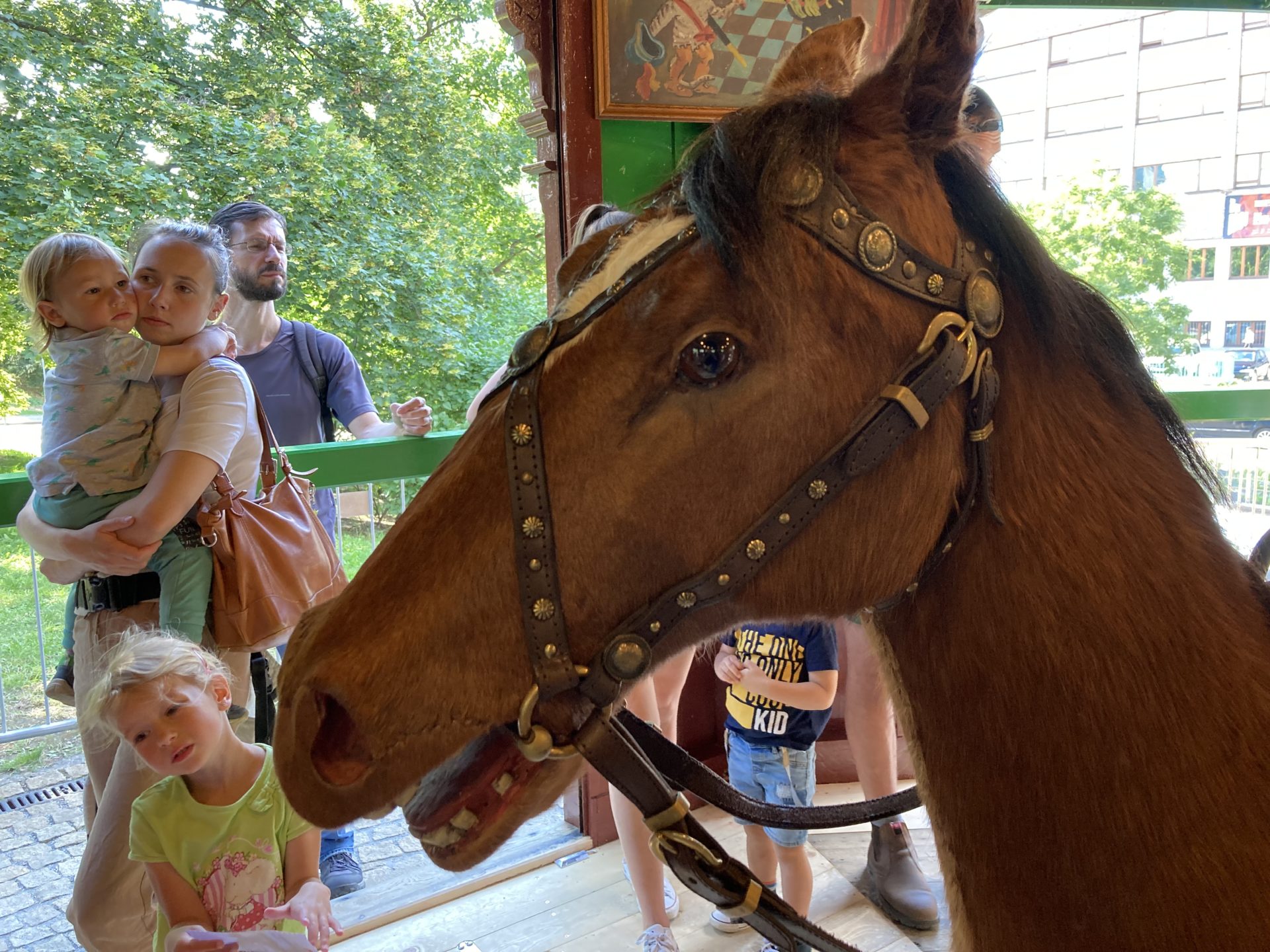 On Letná, the famous historical carousel, on which people could ride as early as 1894, has spun again. It will be in operation from May to September, three days a week – Friday, Saturday, Sunday and on public holidays, from 9 a.m. to 6 p.m. The ride takes 5 minutes and costs 80 crowns (approximately $3).

(More about the carousel in this article: Herds of Wild Horses in Letná)

The carousel, made by carpenter Matěj Bílek, was moved from Královské Vinohrady, where it operated for two years, to its current location in Letná in 1894. Here it was used for the entertainment of Prague citizens and tourists until 2006. People sat on nineteen horses of various sizes, covered with real horsehide and filled with straw, with glass eyes.

The original saddles and bridles have been preserved only on four horses: Poly, Flora, Blesk, and Šemík.

During the restoration, interesting memories of the past were found inside the horses – newspaper articles from 1923 and 1937, and coins from the time of the Austro-Hungarian monarchy.

The carousel ride is accompanied by music from an orchestrion into which coins must be tossed to make it play. Just like the good old days!