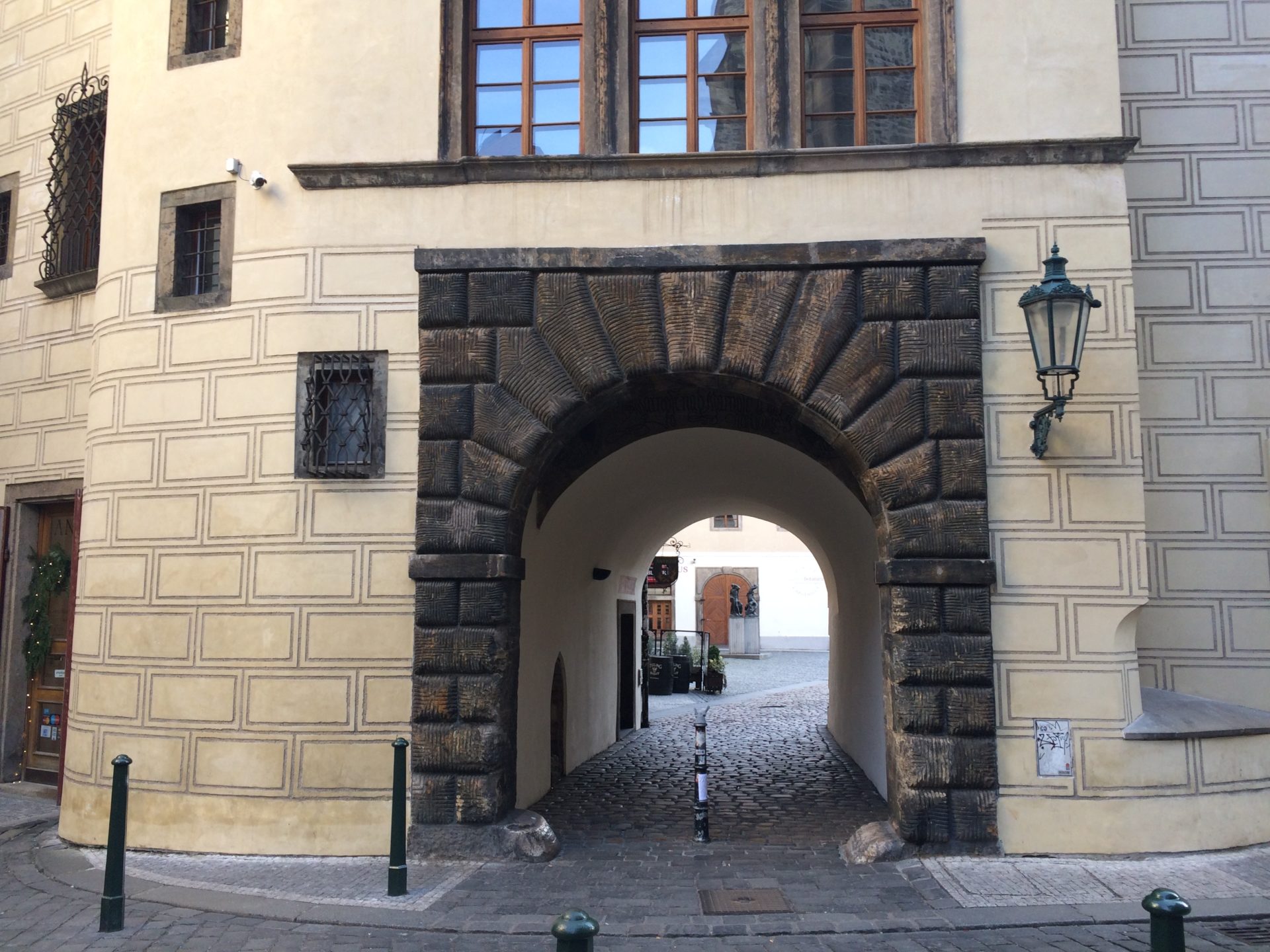 The existence of Ungelt, also called the Tyn Courtyard, has been documented since the 12th century. The word “ungelt” in Old Czech means “city customs”, a place where merchants paid customs duties. And the word “týn”? I think most Czechs don’t know what the word means, although almost everyone knows the Tyn Courtyard or the Tyn Church. The word “týn” means enclosure.

And that’s exactly how it was. It was a merchant’s yard, enclosed by walls and a moat, where the merchants paid customs duties on goods. (Therefore, everyone who entered the courtyard had to surrender all weapons.) Ungelt was also called the “Cheerful Courtyard” because in the evenings in the pubs, the merchants told merry stories from their travels all over the world. There were warehouses, stables for horses and accommodation for merchants, one of the oldest hospitals in Prague, and a tiny church dedicated to the Virgin Mary. It was located on the place of today`s monumental Church of Our Lady before Týn, which was built here from the 14th to the 16th century.

Today, Ungelt is rather a place with goods for tourists. There is also the Ungelt theatre, one of the smallest in Prague. It has a capacity of only 99 seats and dramaturgy for 2-4 actors. However, it has already won many theatrical awards, including 4 Thalia awards, the most important Czech theatre award. Interestingly, there are chairs in the theatre club which were given to the theatre by eminent Czech celebrities and in the theatre club, you can see the Romanesque foundations of the house within which the theatre sits.

Pepík’s dream of the Sargasso Sea

How Houses are Numbered in Prague