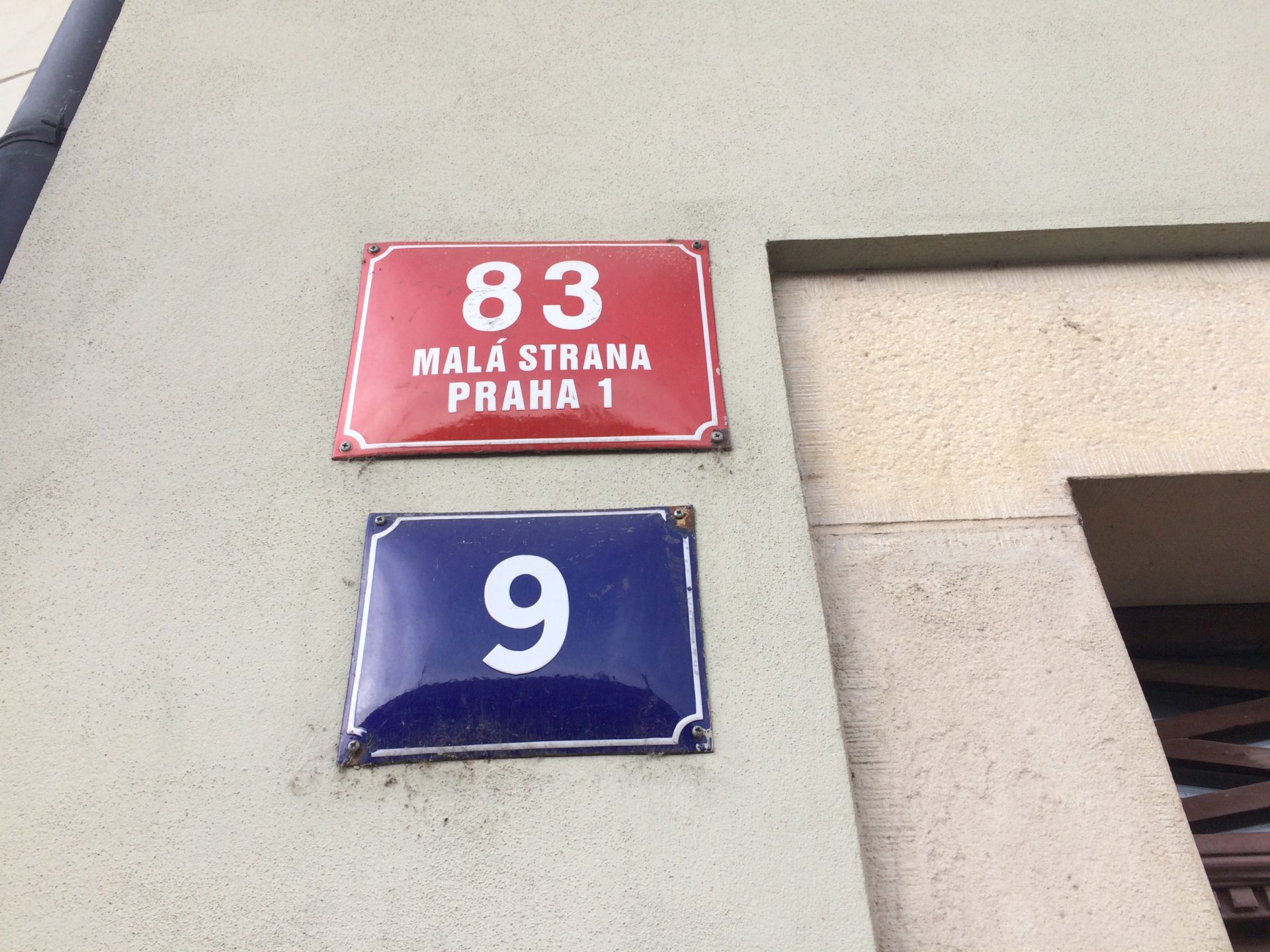 When city populations were such that people knew each other at least partially, the houses were labeled with the name of the owner, sometimes according to his profession, or by the location of the building – Henry of the church, for example. As the amount of people increased, the situation became confusing and from the second half of the 14th century, signage on homes began to be used: At the Snake, At the Blue Rose or At the Three Violins. The best known is probably the house U dvou sluncu (At the Two Suns) in Nerudova street, where the writer Jan Neruda lived. (At that time the street was called Ostruhová, referring to craftsmen who made spurs, in Czech “ostruhy”).

The numbering of houses was enacted by Queen Maria Theresa in February 1770 – but it was not for assisting in the orientation of the streets. The numbering was enforced by the army so that they would  have a better overview of who the army could call for compulsory military service. Nonetheless, it was a revolutionary innovation – for example, Paris at that time had no numbered houses.
In Prague, houses are numbered away from the Vltava River and according to the direction of the stream of the river. So when you get lost in the city and you lose your mobile with navigation and you’re all alone on the street, the orientation is similar to getting lost in the jungle. There it is enough to find a creek and follow alongside the direction of its stream to the valley and the river. And in Prague, follow the numbers according to how their value falls, and you are closer and closer to the Vltava river.
Houses on the left side of the street have odd numbers and even ones on the right. The squares are usually numbered around, clockwise.

The houses have two numbers. The numbers on the red tablets are descriptive. The descriptive numbers are allocated throughout the city or at least in its inner parts. The blue tablets have low number values, they are an orientation number that makes it easier to navigate the given street. These numbers were implemented in 1868. Such numbers are not unique – every street has a house with number 1…

The way in which houses in small villages were marked with numbers is also interesting. The vicarage was number 1. If the village did not have a vicarage, the number 1 belonged to the nobility or the richest farmhouse. And if there was no nobility or wealthy property in the village, the number one was assigned to the house that stood in the place where gentry came to the village. Or simply, at the place where the soldiers who numbered the houses entered the village. First, they numbered the houses on the right side of the road, upon returning, they numbered the left.

Pepík’s dream of the Sargasso Sea