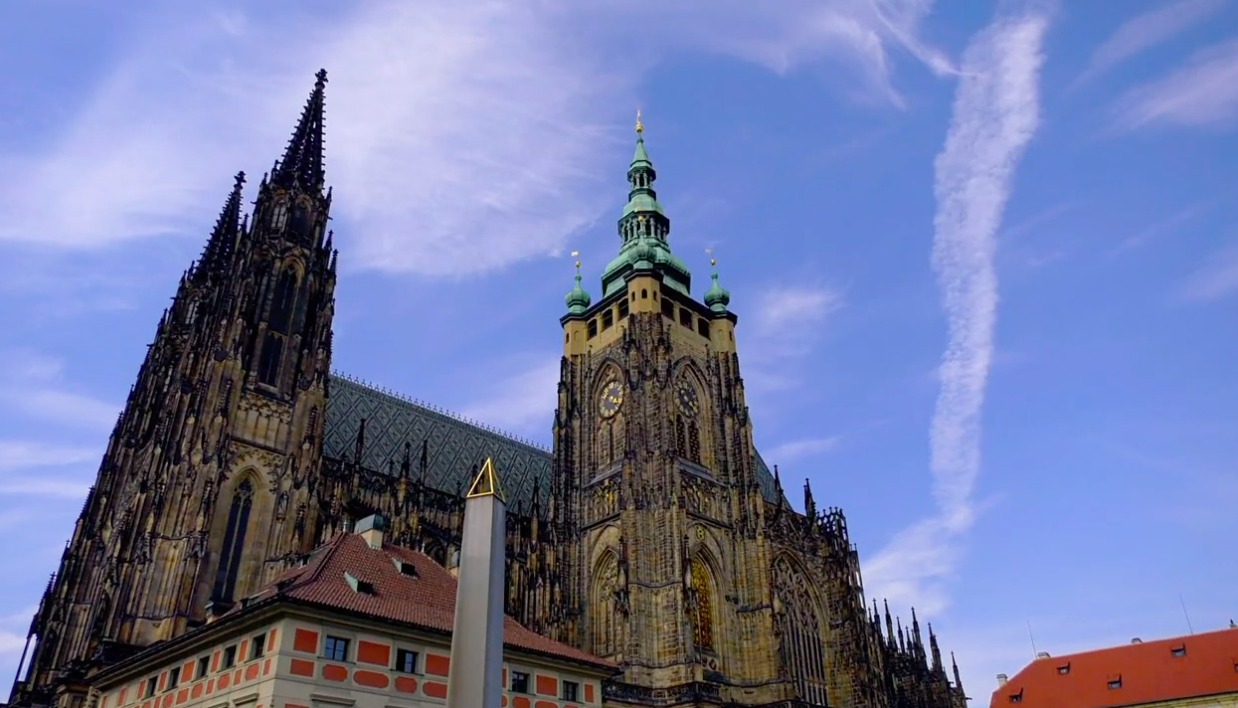 Right next to the St. Vitus Cathedral, in the third courtyard of Prague Castle, is a tall granite column – a truncated pyramid with a metal peak. Why is it there?

In 1921, President Masaryk decided that the Castle should have a memorial plaque dedicated to Czechoslovaks who died in the First World War. Architect Josip Plečnik, who significantly changed the appearance of Prague Castle in the 1920s and 1930s, suggested to the president that a “Victory Column” should be constructed instead of the plaque.

The column was originally supposed to be 30-34 meters high, but no one was able to supply such a granite monolith. It took a year and a half before the quarry from Mrákotín near Telč offered to supply a 14-18 meters high column.

The difficult task was to transport the monolith from the quarry to the railway station. The soldiers put railway sleepers and tracks on the road, and after crossing the load, they dismantled the tracks and re-laid them in front of the carriage – as if you were putting together a path of dominoes.

There were curves and bridges on the road to Telč and this made transportation difficult. The soldiers therefore decided to carry the granite monolith on a straighter road, which, however, had a considerable gradient.

At the top of the hill, they placed a pulley – at one end of the rope were two wagons with a monolith, at the other tractors. When the tractors started down the hill, the granite monolith began to drive up the hill (it was a piece weighing 120 tons). Unfortunately the rope broke, the wagons drove downhill at high speed, and the monolith broke – as easily as you break a splinter.

President Masaryk decided to pay for another granite monolith from his own money. However, the second piece of stone mined was too porous. It was not until 1925 that a quality piece of granite was finally quarried, the third in the series. The monolith was placed on a sledge and hauled along hardwood planks. The 7 km long journey to the railway station in Telč took 42 days. The stone was then loaded onto a train and transported to Prague, 160 km away. It took 22 days to transport the monolith from the railway station to the Castle. There, the workers worked it into its right form for two years, according to the design of the architect Plečnik.

The unveiling ceremony took place on 28 October 1928, the 10th anniversary of the founding of Czechoslovakia.

(Historical photos: archive of the town of Telč)