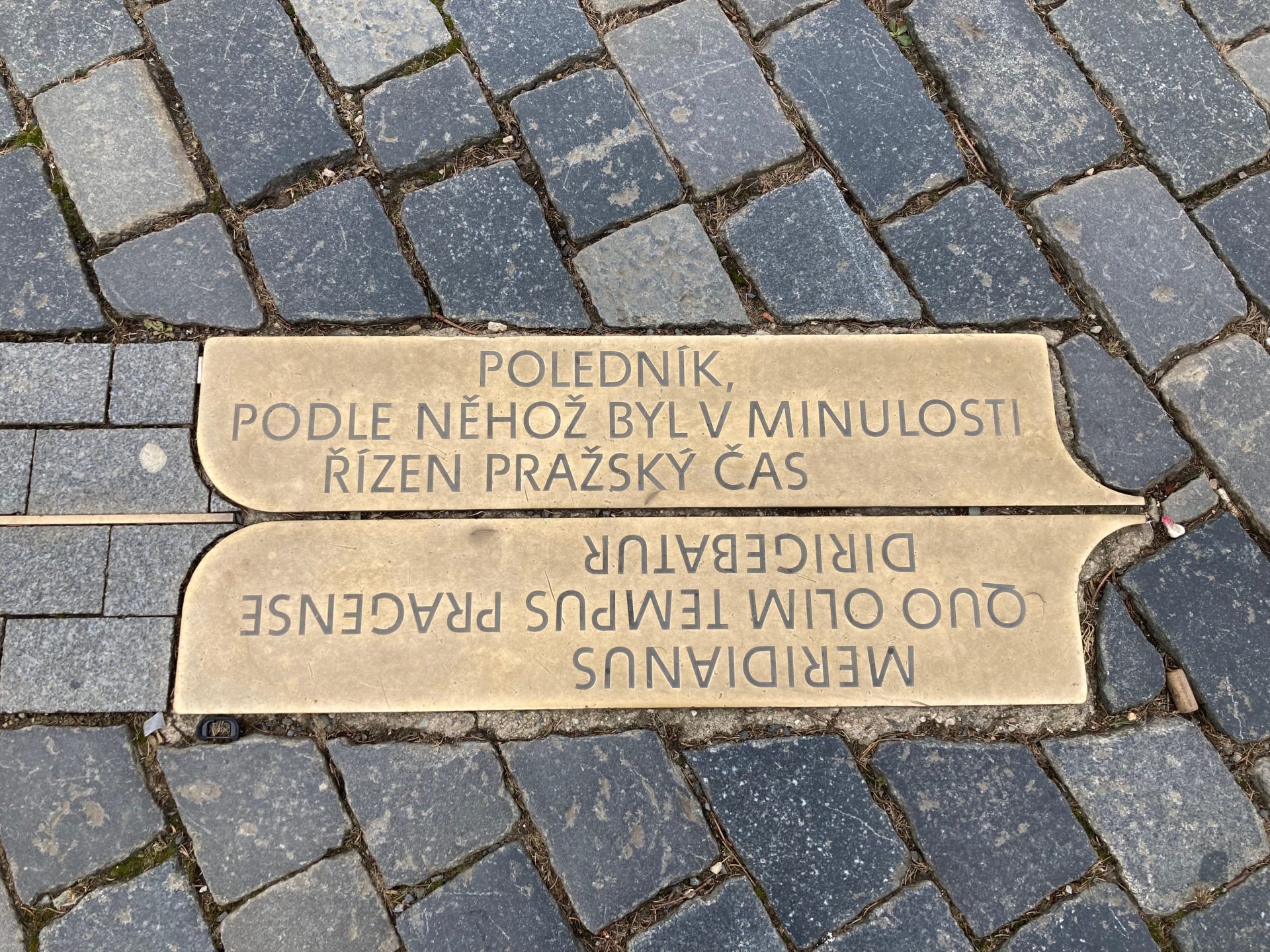 The Marian Column on the Old Town Square was built in 1650 as an acknowledgment for the victory over the Swedish army who tried to conquer Prague. In 1918, the Marian Column was demolished by a group of firefighters from Žižkov, to whom the recessionist Franta Sauer told that its destruction was allowed by the authorities of the young Czechoslovak republic.

The construction of a replica of the column caused a lot of controversy for many years, however, thanks to the tireless efforts of the sculptor Petr Váňa, the column was restored in August 2020. It was restored in the same place and with almost the same appearance as the historic column. And just like in the 17th century, at noon the shadow of the column shows where the Prague meridian passes.

Until the 18th century, this was the proven way of measuring time in Prague. Then Prague’s time was determined in the Klementinum`s Astronomical Tower, using a slit sundial. The difference between the time measured by the shadow of the Marian Column and that on the sundial was 1.26 seconds.

From 1842, noon was also announced by waving a flag from the Klementinum tower, and in 1891-1926 by cannon fire and fanfare.