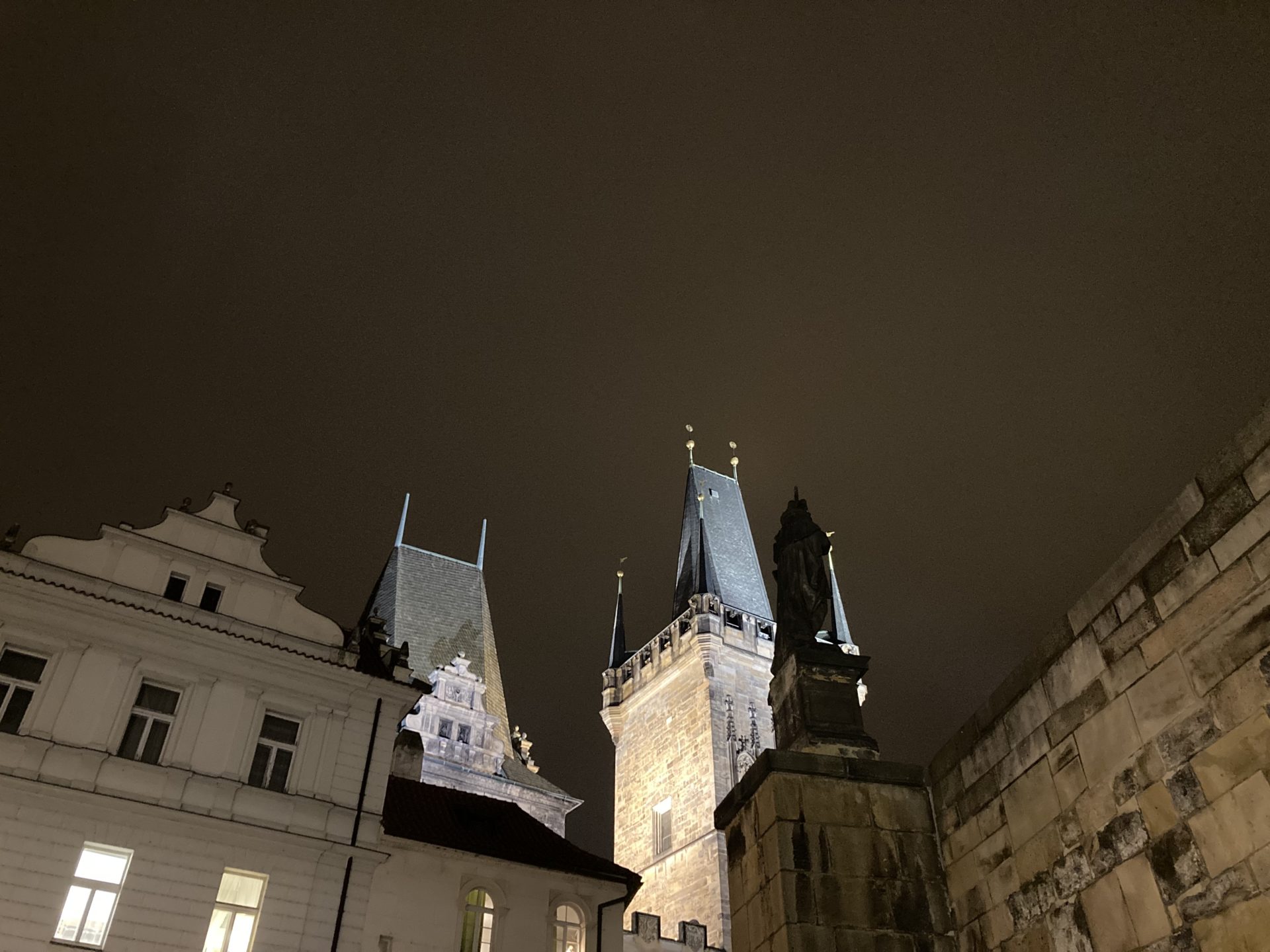 Charles Bridge is protected by three towers. The smaller of the two towers on the Lesser Town side is called Judith’s Tower and was part of Judith’s Bridge, the predecessor of Charles Bridge. The larger Lesser Town tower was built during the reign of King George of Poděbrady.

(By the way – George of Poděbrady is the author of the idea of a united Europe, similar in principle to today’s European Union. However, his plan was not implemented because he tried to ignore the power of the Pope.)

If you cross the bridge and walk through the gate of the tower on the Old Town side, you may notice that it is richly decorated, but only on one side. On the side visible from the river, the tower is unadorned. In 1648 Prague was besieged by Swedish troops. The tower was part of the successful defence of the right bank of the river, but it paid a price – the Swedes damaged it during shelling. They managed to occupy Prague Castle and the Lesser Town, but they did not get to the Old Town.

And in memory of this victory, Prague has had a hand with a sword in its coat of arms since 1648.