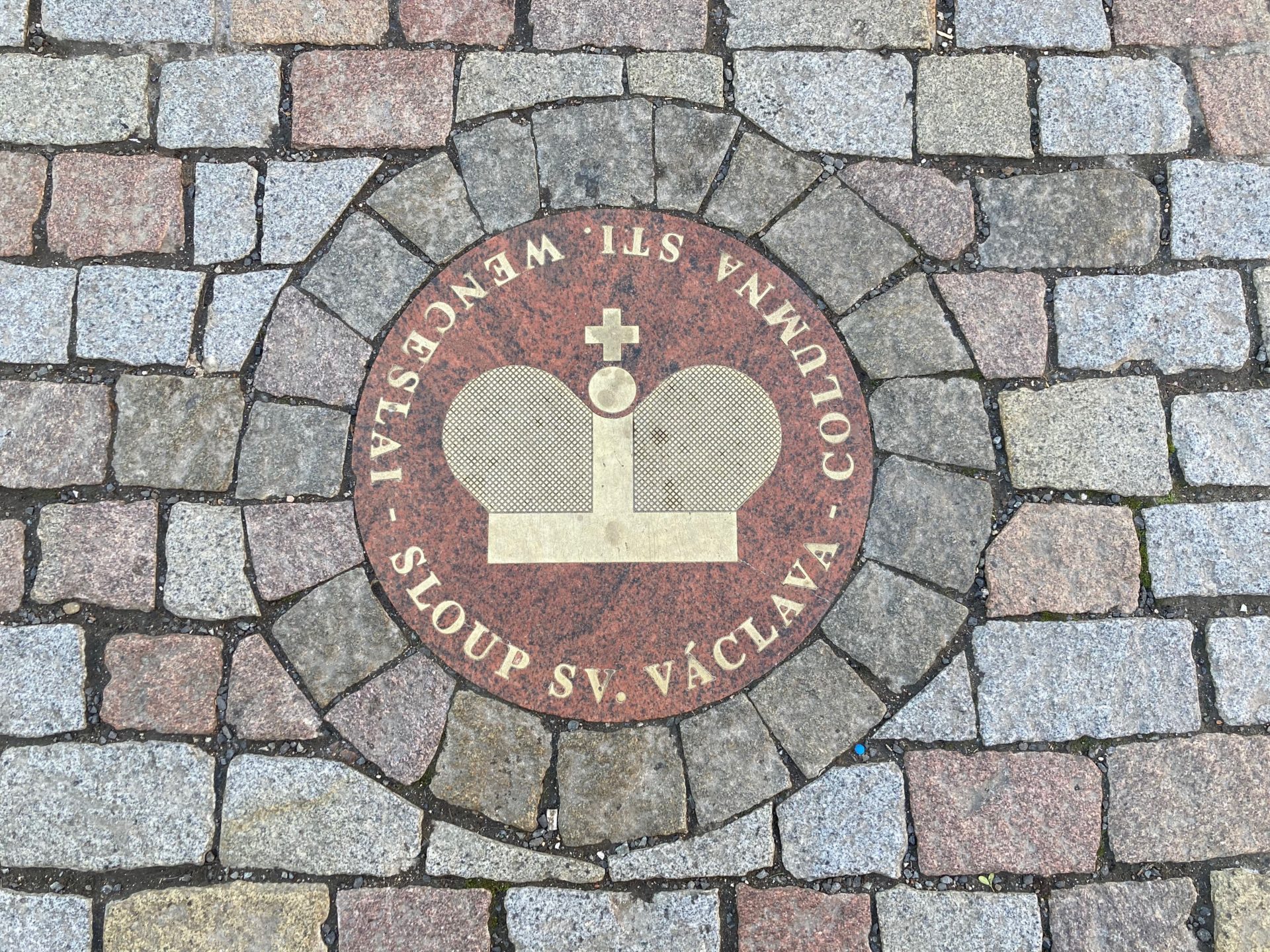 If you enter the Charles Bridge from the Old Town side and walk in the middle of the path, you step on a round metal sign that says: St. Wenceslas Column. Here, since 1676, stood a column by the Baroque sculptor Jan Jiří Bendl (who was also the author of the sculptures on the Marian Column in the Old Town Square). And because St. Wenceslas is the patron saint of winemakers, the stems of vines climb the column and it was also called the “pillar of winemakers”.

Even before this column, there was a column there made during the reign of Charles IV, who was a great admirer of Saint Wenceslas, whom he even considered his ancestor. However, we are not sure of its location – some theories say that the column stood right in the middle of the gate of the Old Town Bridge Tower, under a hole in its arch. Historians consider this unlikely, however, because this hole was used to defend the tower – at the time of the attack, the defenders was pouring boiling pitch on the attackers through this hole.

The legend says that before the “Charles” column there was a column there made at the time of the death of St. Wenceslas. However, its existence and location are not convincingly documented. Before the Charles Bridge was built, there was a stone Judith`s Bridge and before that a wooden bridge, the exact location of which is also unknown, moreover, the entrance to it was certainly a few meters lower to the river level.

But where is the pillar now? Good question. Just turn around and look back over your right shoulder…

The pillar stands in the niche of the church of St. Francis of Assisi.

And when you go to look at it, notice the different paving around it. It comes right from that Judith’s Bridge, the predecessor of the Charles Bridge. (The bridge was built in the years 1158-1172 and was the first stone bridge in Bohemia and the third stone bridge in Central Europe – they were older only in Regensburg and Dresden.)