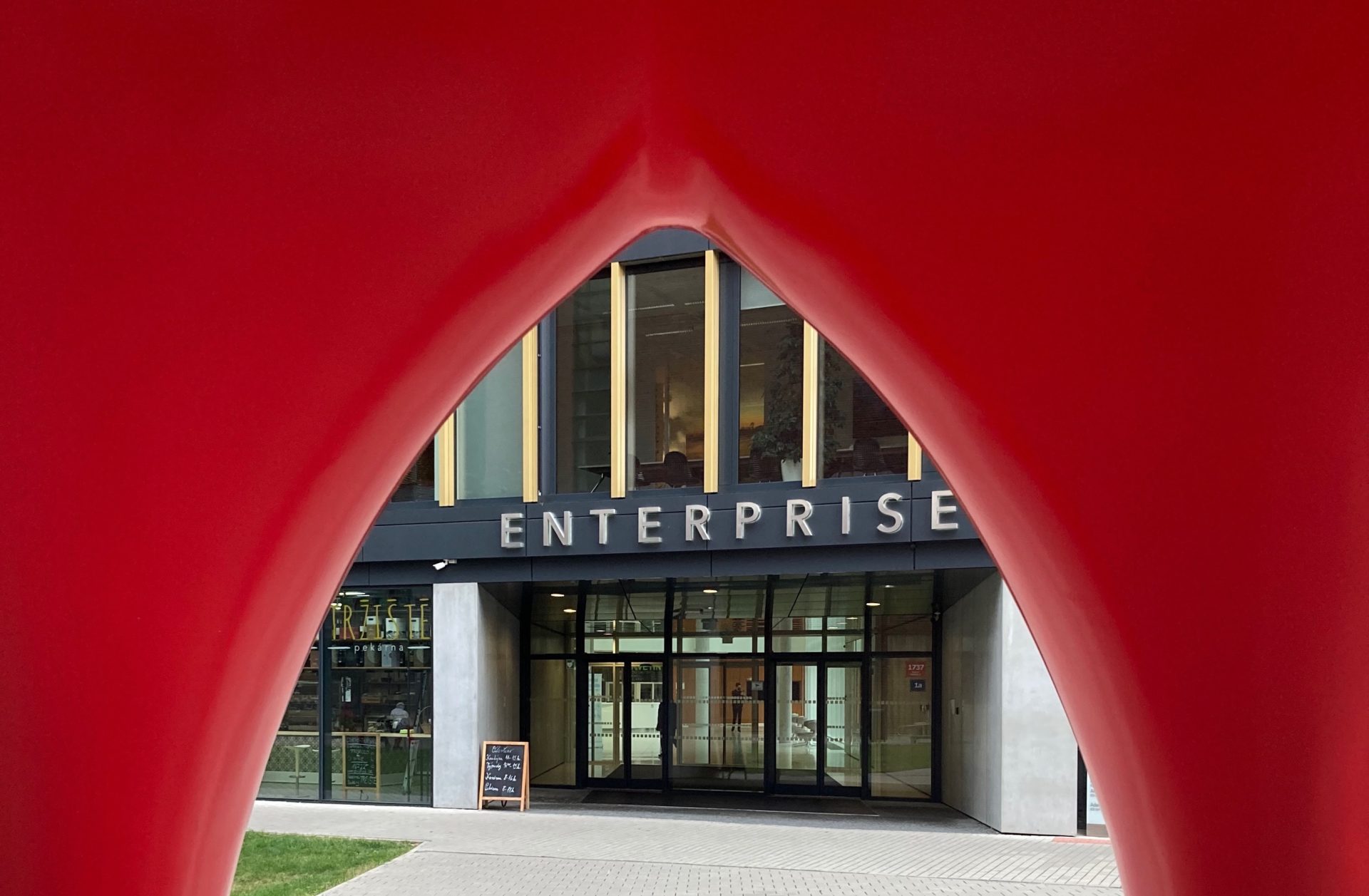 The Velvet Revolution brightened up the Czech public spaces, Prague included. It concerns both the cleanliness of the city and the colour of the houses – Who today remembers that houses in Vinohrady were all dark grey, when today Prague streets are as cheerful as a painter’s palette?

Squares, streets and parks have also undergone a great transformation – modern art is increasingly visible in the streets of Prague.

Among the most famous are the sculptures by Jaroslav Róna – the creator of the statue of Franz Kafka and the sculpture called Reader in an Armchair (I think it`s the most beautiful modern sculpture in Prague, but art is not an objective discipline).

Jaroslav Róna’s latest sculpture is called Giraffe and the artist himself said of it: “It is a fictional creature. It was inspired by a giraffe, but at the time I was designing it, my daughter and I were watching Pokemon movies and I wanted the statue to be as playful as those figurines.”

The sculpture is also interesting in that it was commissioned by private investors, Mr. Pavel Baudiš and Mr. Eduard Kučera, owners of the antivirus company Avast.
The statue was installed in front of Avast’s headquarters on November 17, 2020. Exactly on the day of 31 years from the Velvet Revolution…

A miniature of the statue in the lobby of Avast’s headquarters.

By the way: it is said that the word Avast is taken from sailors slang, in which it means “stop” (stop for hackers and viruses). However, this is a coincidence, it means “AntiVirus Advanced SeT”. Yes, the legend of the sailors is nicer…
As nice as the whole Avast story: in the beginning there were two young programmers – and today their company is the second largest antivirus company in the world in terms of revenue. The company is still based in Prague and has nearly half a billion users worldwide, with $890 million in revenue in 2020.