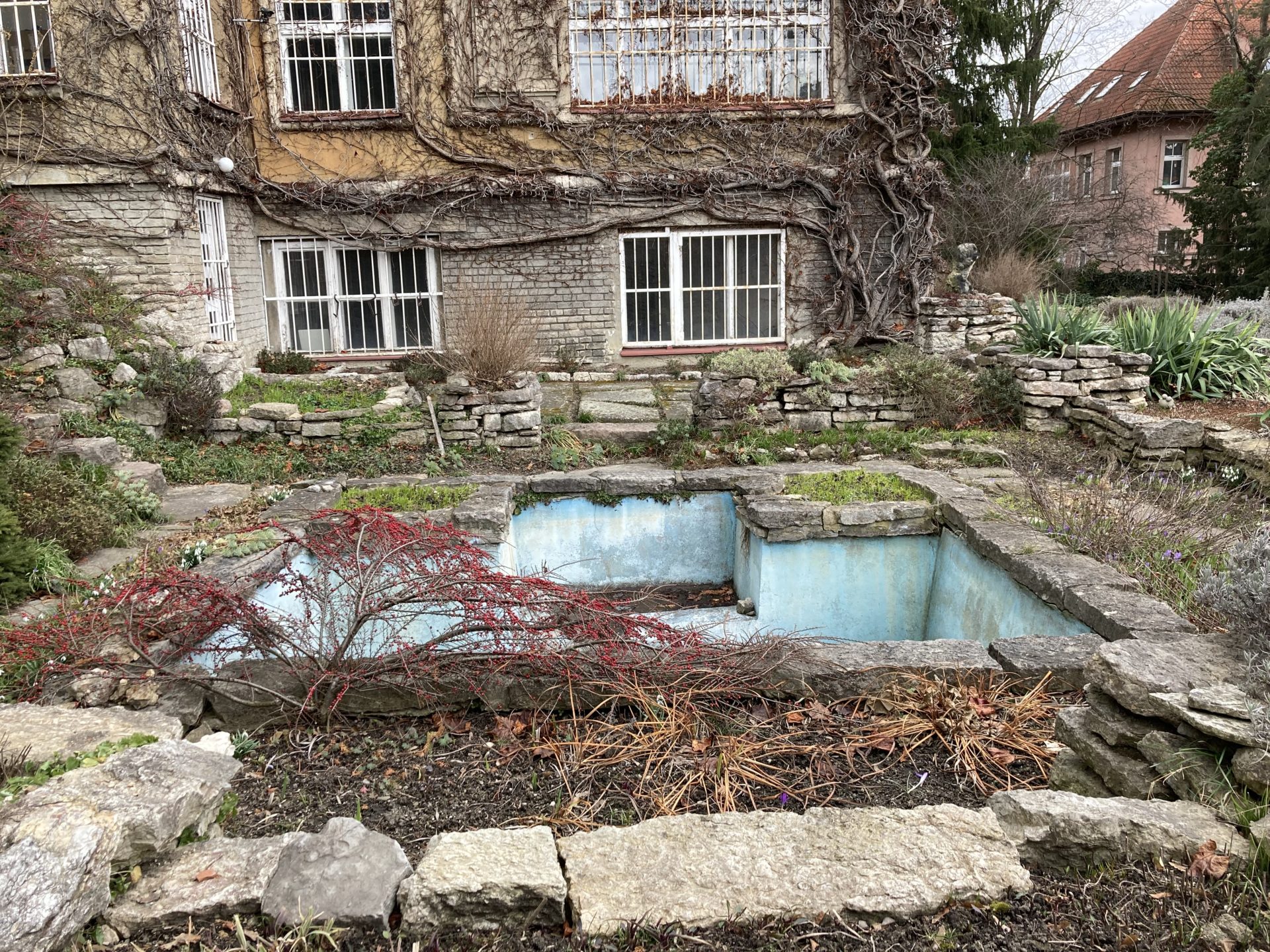 The life of the Čapek brothers, writer Karel and painter Josef, was connected with the Vinohrady district of Prague. Josef Čapek had his wedding at the Church of St. Ludmila on Vinohrady’s Peace Square (Náměstí Míru) and for some time he lived with his family in Vinohrady in his mother-in-law’s apartment. From the church, it`s only a few metres across the street to the Vinohrady Theatre, where Karel Čapek was the director, playwright, and dramaturgist.

Most importantly, the brothers built a large semi-detached house in Vinohrady, where they had lived together since 1924. Meetings called “Friday Men” were held there, at which artists and politicians, including President Tomáš Garrigue Masaryk, gathered and held discussions every Friday afternoon. It used to be in Úzká street, which is now called the Čapek Brothers Street.

Karel, the younger of Čapek brothers died in December 1938. In March 1939, after the occupation of the republic, the Gestapo came for him. They arrested the nation’s elites and apparently did not know about Karel Čapek death. Josef was arrested in September 1939 and spent the next six years in various concentration camps. He died of typhus in the Bergen-Belsen concentration camp. Witnesses stated that Josef Čapek was demonstrably still alive on April 13, 1945, only a few weeks before the end of the war…

In 1947, the Čapek Brothers Society was established, bringing together admirers of their work who also took care of promoting their work. In the same year, the company began to think about the construction of a monument to the Čapek brothers. This has not worked for several decades. (The society had 1,500 members in the best years, and its only income is voluntary contributions from members. During the socialist state, there was no corporate or private donation to cultural projects, everything was run by the state.)

It was not until 1983 that the Minister of Culture promised that the monument could be built in 1990, ie in the year of the 100th anniversary of Karel Čapek’s birth.
1989 was the year of the Velvet Revolution, so in 1990, only the foundation stone was built on the future site of the monument – on the lawn between the church and the theatre on Peace Square. In 1992, a foundation for the building of a monument was established and a public tender was started. It didn`t have a winner and sculptor Pavel Opočenský was directly invited to make a monument.

The monument is in the shape of a stone block more than 9 ft high, into which the names of Karel and Josef Čapek are engraved. The sculptor titled it Names in Stone. The monument was received unfavorably by the citizens, and was contemptuously nicknamed the “Vinohrady Emmental Cheese”.

Karel and Josef Čapek are some of the most significant artists in our history. To enumerate all their accomplishments would be a very long and timely narrative. I sincerely hope that a monument will eventually be built for them, one which will pay homage to their importance in Czech and world culture, much more effectively than a few holes drilled into stone.