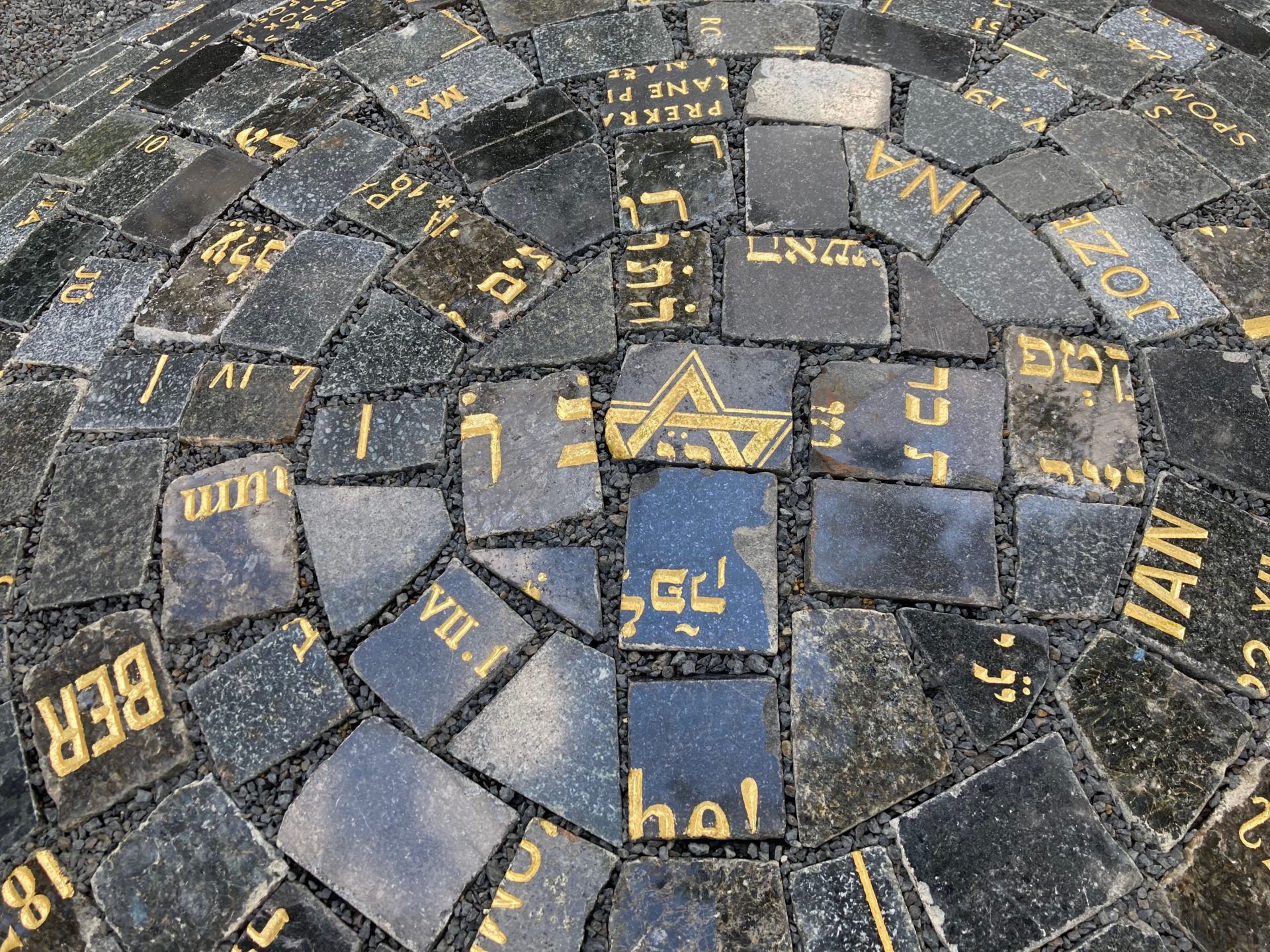 “Stones of the disappeared” or “stones that you must not miss” are brass cubes with the names of Jews who perished during the Second World War. They are set on the pavement in front of the houses where these people lived before going to the concentration camp.

The initiative to honor people who should not be forgotten was invented by German artist Gunter Demnig, who planted the first stone into the pavement in front of Cologne’s town hall in 1992. In the Czech Republic, these stones have been placed into the pavement since 2008. So far, almost 100,000 of them have been placed in 22 countries across Europe.

Another story with a happy ending is the memorial called “The Return of the Stones”, which was built in a meadow in the Old Jewish Cemetery in Žižkov.

For many years the Jewish community in Prague has warned about the suspicious origin of the pavement in the lower part of Wenceslas Square. It was assumed that the paving stones used under the previous regime to pave the square were made from cut-up Jewish tombstones. During the renovation of the square in 2020, this suspicion was confirmed.

The pavement of Wenceslas Square was carefully dismantled by hand – many stones with remnants of texts and hundreds of polished marble stones were found. In total, there were 6,000 cubes weighing 7 tons.

The construction of the monument was commissioned by the Jewish Community of Prague to the couple Jaroslav and Lucie Róna (read about Jaroslav Róna’s sculptures here: Reader in an Armchair, Giraffe, Franz Kafka, and Rhinoceros).

The center of the monument is a convex lens, made of 200 cubes – on top of it is a cube with the symbol of the Jewish star. The lens symbolizes the yarmulke, but also unity and wholeness.

Around the lens, nine beams are laid out of stones, stone walls that can evoke the ruins of the temple and at the same time can remind of Jewish history. All these walls are the same height, only one is higher – the one pointing towards Jerusalem. (The number nine in Kabbalah signifies the transition from the spiritual world to the physical and vice versa).

During the reconstruction of the streets around Wenceslas Square, more and more cubes from Jewish tombstones are found. The memorial will therefore continue to grow. A symbolic Wailing Wall will also be added.