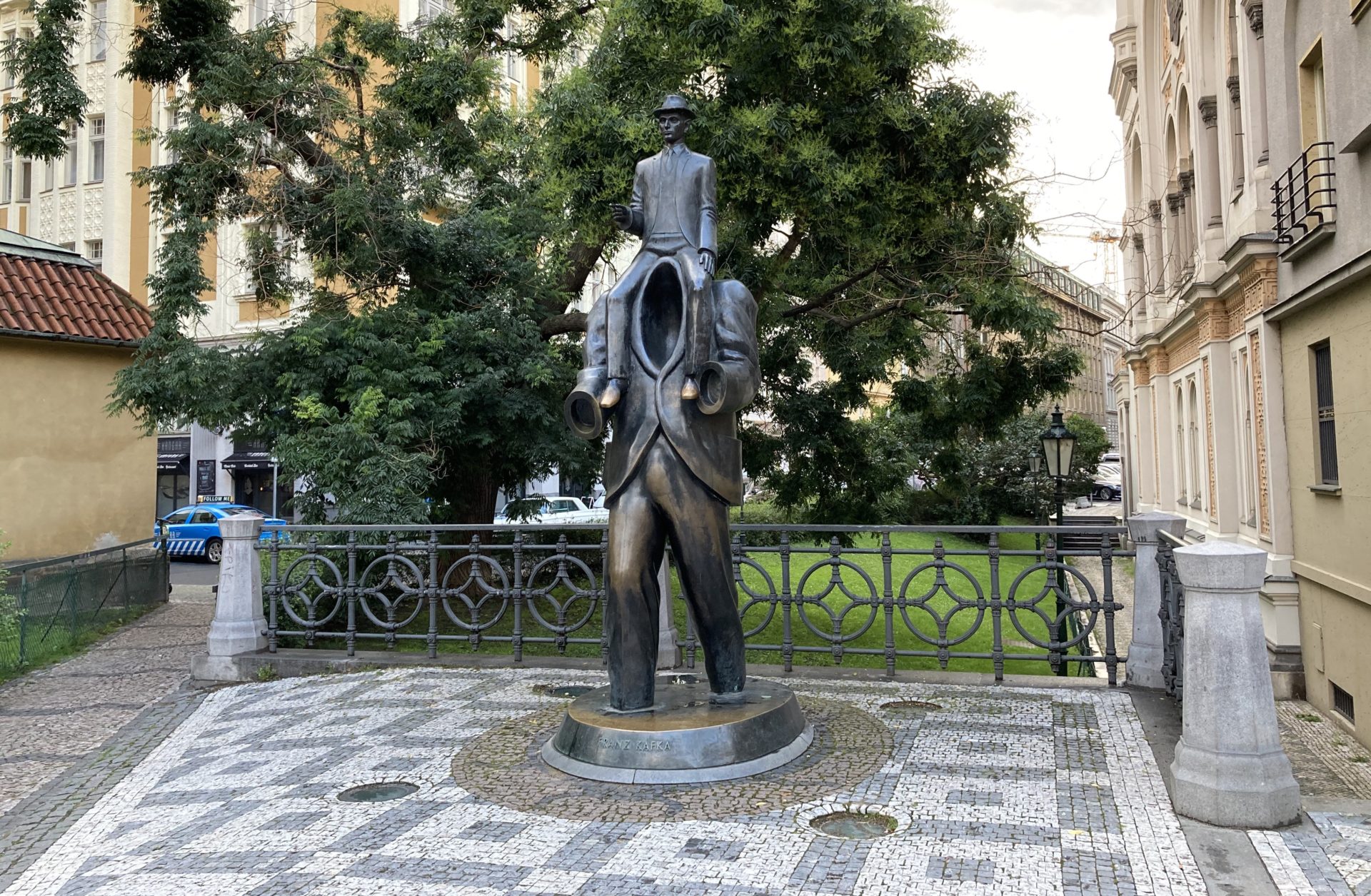 While I was working on this sculpture I often asked myself how it happened that it was I who was so unbelievably honored to create a monument to this amazing, genius. In his work, there is a connection of unnamed existential horror, bizarre absurd humor as well as the ability to foretell a terrifying future. It was a long era after his death when the atmosphere in this country or better to say in this area did not favor a writer of his type and origin. Those artists who really spent a part of their lives in retributive camps or trials and who would surely be able to make a strong and evidential work dedicated to Kafka’s memory were prevented to do so paradoxically for the same reasons. My generation is not that of the retributive camps. I would rather say it is a generation of the gray suburb. We were not light-headed by the dream about a better world nor we were doomed to fight for anything. We did not know the right past and we did not believe in the future. We lived on a cruel, self-ironic jibing at the present! Perhaps this is the reason for having Kafka somewhere deep inside us, sometimes even without realizing it.

This can be a dim idea of the answer to my initial question. Nevertheless, I am not naive and I do not think that it is we who understand Kafka best. I suspect that the writer’s prophetic image of the world is like a huge iceberg with the biggest part hidden under the water and we can only observe it from one point of view. Every movement of the iceberg or ours can cause a development of another form of the terrifying reality that is temporarily hidden from our view. We often cannot defend against it; it just comes out of the depth and congests our entire horizon until it works as the only visible invincible dark power. However, we must believe that somewhere deep under this power there is somebody who can slightly help, by naming it, to its fall (which is unfortunately almost every time only temporal). And Kafka definitely was this man! Perhaps this monument will become the barometer whose existence will determine the character of society. We must not forget the fact that other than democratic society would never approve its raising.