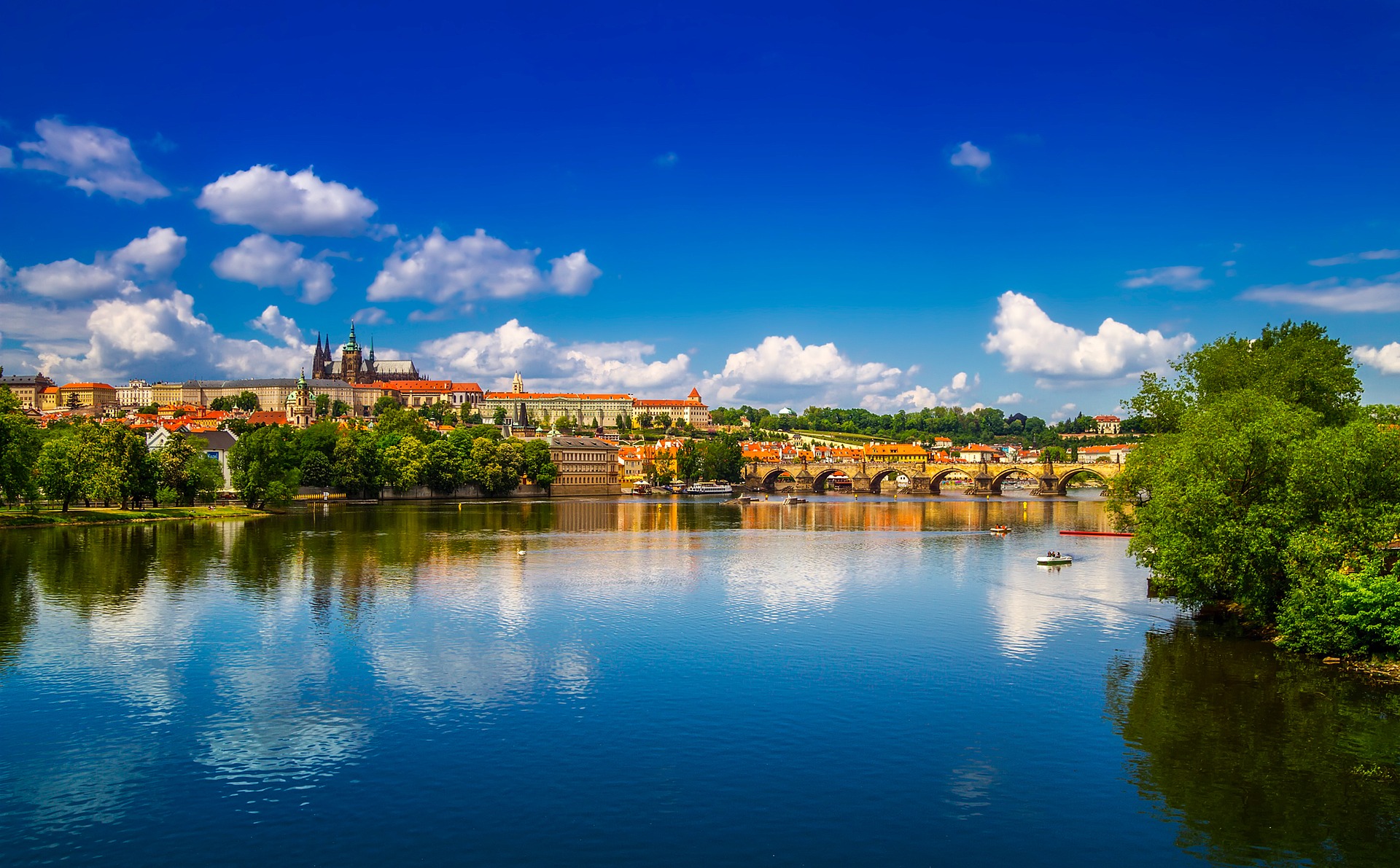 It is pretty difficult to imagine it today, but there were times when this part of Europe was mostly wild with just a few scattered tribes living here. In fact, the archeologists have found some evidence of early modern humans living in this area as far as 750,000 years ago. A lot more artifacts tell us about Celtic tribes thriving on our lands till about 500 BC. The Celtic Boii tribe actually gave the country its Latin name – Boiohaemum (Bohemia). Celts were gradually joined and mostly replaced by Germanic tribes till the 6th century when the first Slavs arrived from the East.

While many historians talk about a large number of people who were mostly peaceful farmers and who brought with them their art, religion and new skills, and who somehow pushed the Germanic tribes out of the region, I would like to tell you a legend instead.

The story, or to be more exact we should call it a tale, starts in the… Well, maybe before I even start to tell the story, I should mention the fact that there are several versions of it which involves either two or three brothers, some versions start in Western Europe and some in Eastern Europe, and so on. But they are all very similar and the exact number of brothers or geographic details are really not that important. So let’s just go with the best known version. And it goes like this:

A long, long time ago, the original homeland of all Slavs was back in the East, near the Vista river. They all lived in that area mostly in peace for centuries. But as it happens in history quiet often, some families started to fight between each other. And at that time, two brothers Cech and Lech decided to leave this unhappy and unsafe area and to find a new place for their families and followers to settle down. So one day, a large group formed and started their journey into the middle of Europe, hoping to find a peaceful life there.

They walked a long way, many days and nights, through deep forests and swamps, and across wild rivers. After some time, people started to feel exhausted and they began to question their decision to join the group as their supplies were running short. The first of the brothers, Cech, decided that it was time to find a spot to settle down if he didn’t want to risk a conflict within a group. That night, he led them to the mountain which they later called “Rip” to spend the night.

Cech got up very early in the morning and climbed alone to the top of the mountain, now called “Rip”. When he looked around, he was amazed by what he saw – a beautiful countryside with deep forests which he assumed were full of wild game and plenty of different vegetation, which told him that the soil was rich in nutrients and the rivers and lakes full of fish. This was indeed the right place for his people.

When Cech returned to the camp, he told them the great news – that they have reached their destination. His people were now so happy with their leader that they decided to call their new home “Cechia” to honor him. He was very pleased so he knelt down, kissed the ground and blessed it.

They settled down in that area and started to build a new home for themselves, with one exception. Cech’s brother Lech stayed with his people only for a while. He decided that he also wanted his own land and to be a leader just like his brother – so he and his men left Cech’s community and went North, where he settled in the region which would later become Poland.

According to some historians, another wave of Slavs flooded the region sometimes in the 7th century again and increased their numbers to the point that they became a majority. But according to the latest research by Masaryk university, Czechs have a considerably varied genetic origin, with only 35 percent coming from the Slavic genetic group, one third belonging to the German-Celtic group and 10 percent having ancestors among Vikings. We can only guess if perhaps coming of Slavs happened a little differently than we would like to believe and the new people more or less actually mixed with already existing tribes, or if the interesting variations in DNA are a result of later historical events, such as wars – which were quite common in this region.

But let’s move on to the times when Prague was actually founded which was about a year 870.

According to legend, Princess Libuše, the sovereign of the Czech tribe, married a humble ploughman by the name of Přemysl and founded the dynasty carrying the same name. The legendary princess saw many prophecies from her castle Libusin, which was located in central Bohemia. In one of her prophecies, it is told, she foresaw the glory of Prague. One day she had a vision: “I see a vast city, whose glory will touch the stars! I see a place in the middle of a forest where a steep cliff rises above the Vltava River. There is a man, who is chiseling the threshold, or prah, for the house. A castle named Praha will be built there. Just as the princes and the dukes stoop in front of a threshold, they will bow to the castle and to the city around it. It will be honored, favored with great repute, and praise will be bestowed upon it by the entire world.”

Based on this prophecy, Prague was built in that very spot and Přemysl’s and Libuše’s descendants rule the kingdom for over 400 years – until the year 1306. Not too bad for a poor ploughman.

The Battle of the White Mountain