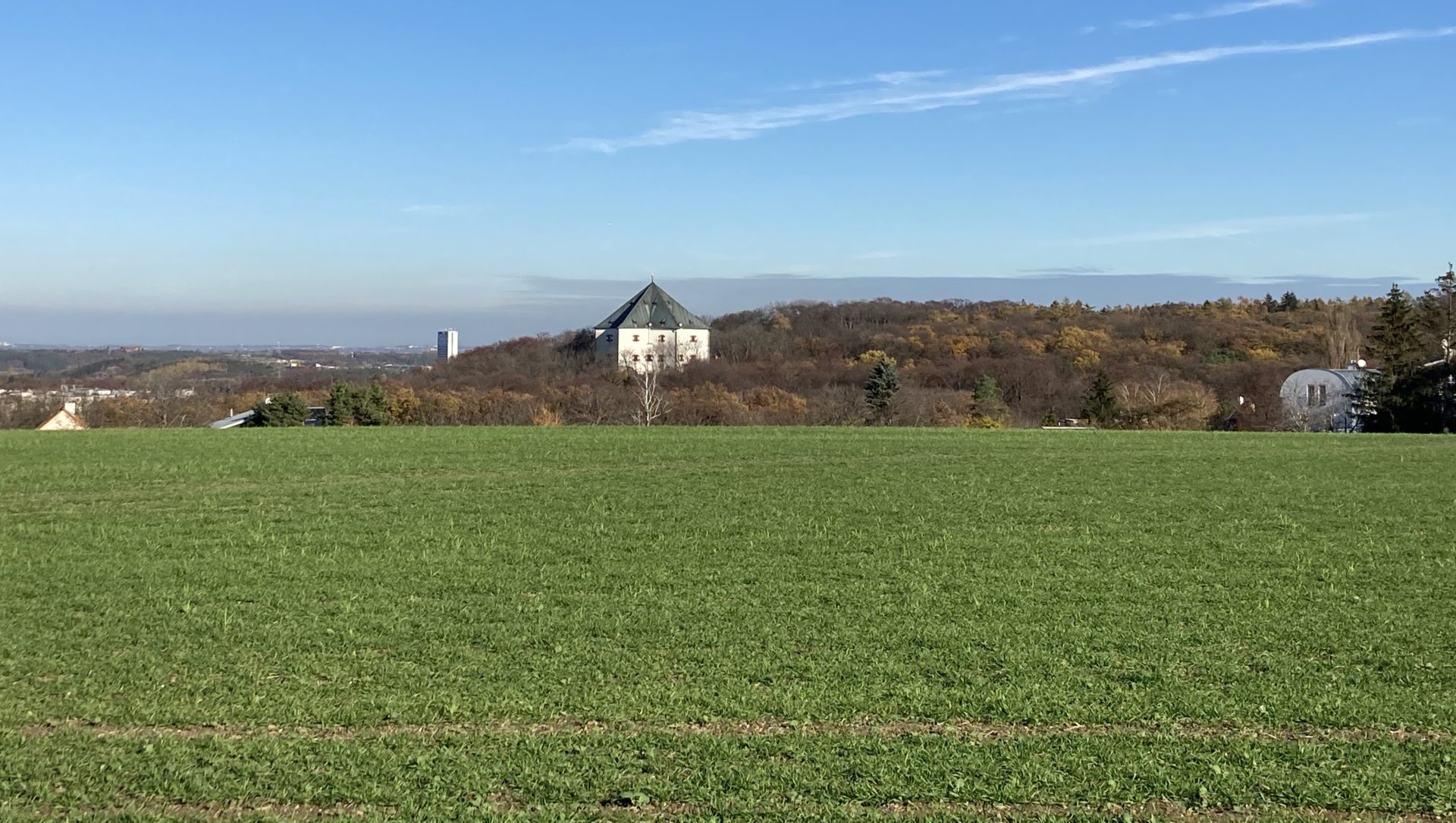 Tourists heading to Prague Castle most often get off at the Pohořelec tram stop. However, if they went a few stations further, they would find themselves in a locality where one of the most important battles in Czech history took place. The eighth stop is called Obora Hvězda and the tenth is called Bílá hora (White Mountain).

The Hvězda game reserve, named after the Renaissance building of the summer palace in the shape of a six-pointed star, is a very popular relaxation place for the inhabitants of Prague. 400,000 of them come here every year. However, the game reserve is mainly home to many animals, even 60 species of birds have been counted here.

Paradoxically, perhaps the most famous inhabitant of Hvězda is a two-centimetre-long “krajník hnědý”, a bronze and blue-green colored beetle – sometimes there are so many of them on the paths that you have to be very careful not to step on them.

However, the Hvězda has had many turbulent periods. In history, troops have often camped here, cut down trees, and hunted game. During the Thirty Years’ War, Swedish troops also camped here, even taking a souvenir from Hvězda – the copper roof of the summer palace.

The most famous military conflict was here 400 years ago, on November 8, 1620, when the Battle of White Mountain took place. Almost 50,000 mercenaries took part in the battle, the number of fallen soldiers is unknown, it`s estimated between 2 and 5 thousand men. The battle lasted two hours and, despite its short duration, influenced Czech history for 300 years, including violent re-Catholicization.

After all, let’s look at what is written about the battle at the memorial at the place where the battle took place:

We are at an important place that had a significant effect on the political and religious development of our country. On the 8th of November in 1620 one of the battles in the Thirty Years` War known as the Battle of the White Mountain, took place here. The Bohemian army fought two Catholic armies: the army of Ferdinand II, Holy Roman Emperor, and the Catholic League. The battle was very short. The Bohemian army was defeated in spite of holding a strategically advantaged position, mainly due to bad decisions of the commanders and the organization of the army. Moreover, the expected support never arrived and the army also did not have the support from the king, Frederick V. When he learned about the defeat, he and his family fled the country. The Bohemian nobility thus lost all its support and capitulated on the 12th of November. In the following year, 1621, the main leaders of the insurrection were executed at the Old Town Square in Prague. The Habsburgs took over the reign and the country was recatholicized heavily. Those who didn`t convert to Roman Catholicism had to leave the country.
Today, only a small part of the battlefield is left. The hillslope of the White Mountain was built up with family homes in the first half of the 20th century and only the area around the top has been left undeveloped. In 1920, a commemorative cairn was erected to remember the 300th  anniversary of the battle. The area surrounding the cairn has been landscaped a park and it offers beautiful views of the surroundings.

Not far from the place where the battle took place, The Shrine of Our Lady Victorious at White Mountain was immediately built to commemorate the famous victory of the imperial troops and the Catholic Church.

At first, it was a simple chapel, built in the years 1622-1624. This is what the shrine looked like throughout history.

A clear statement: give to the emperor what is the emperor`s and to God what belongs to God.

In 1999, an ecumenical grave of soldiers killed in the Battle of White Mountain was established inside the shrine. A large circle of stomped soil, also symbolizing the fact that after the wars only the stomped fields remain.

Is it really surprising that this important place is also on the streetcar route number 22?

The house called At the Picture of the Virgin Mary