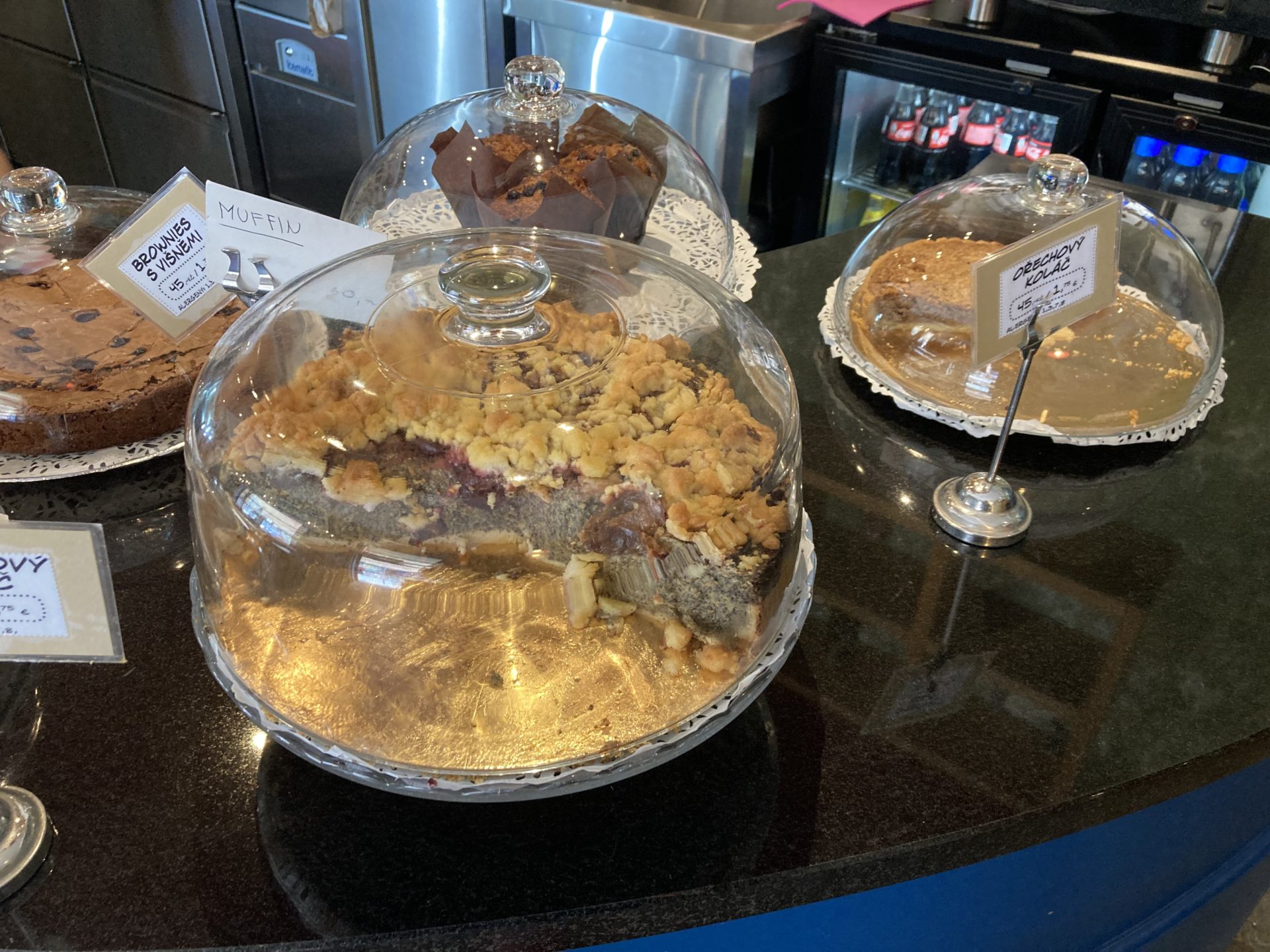 Carp is called “kapr” in Czech. So Kaprova Street could be named after a fish carp – after all, the Vltava is only a few dozens of meters nearby. Or after “some” Mr. Kapr. The second possibility is the right one – Mr. Kapr was even the mayor of Prague in the mid-16th century. His name was Pavel Kapr from Kaprštejn, and in U lužického semináře Street he even owned a house called At three carps.
Kaprova Street leads from Old Town Square towards the river, in the heart of the city and thus in the area where there is a café, restaurant, or at least an ice cream parlor in every second house. That’s why it’s good to know where you’ll really like it.

If you enter Coffee Lovers in Kaprova street 16, you will be fully satisfied.

They have “normal” sandwiches and baguettes “for the great hunger”. But they have really great cakes, desserts, and pies.

Many foreigners are surprised that Czech cuisine commonly uses poppies. However, if they tasted this plum-poppy seed pie, they would immediately fall in love with it. Without exaggeration, it is one of the best cakes I have ever eaten in Prague cafes.

That they will make you a great coffee here is a matter of course. But they also have a large selection of teas – and great fresh fruit juices.