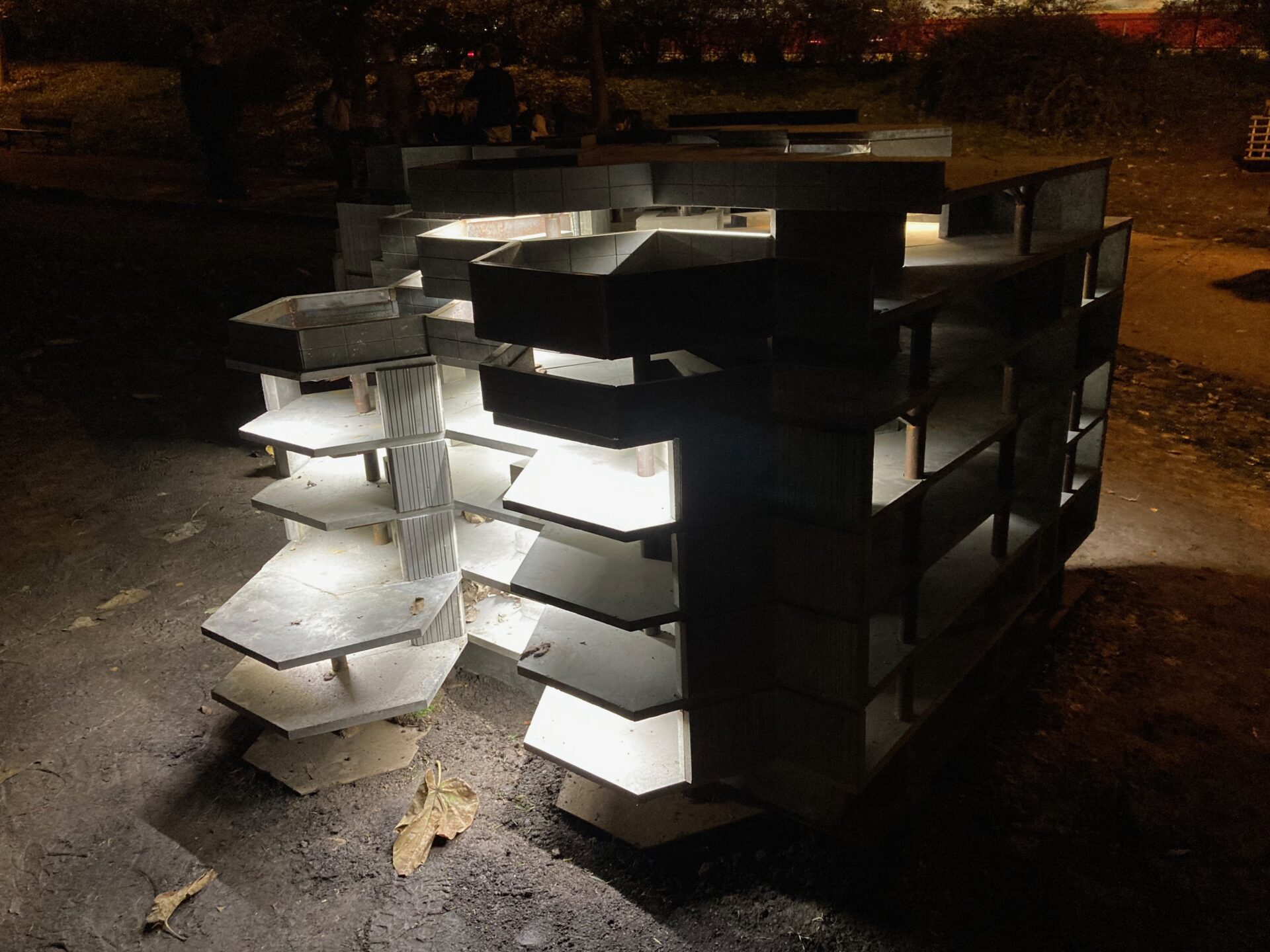 Many people believe that the architectural style Brutalism means “brutal architecture”. However, the truth is, that its name comes from the French meaning of the word rough, i.e. “brut”. This is because fair-faced concrete, as the basic recognition feature of brutalism, has a rough, unsmoothed surface and is dominant and massive.

A specific building of late Brutalism was Hotel Praha (completed in 1981), sincerely hated by the inhabitants of Prague. It was built on Hanspaulka, which has always been a district with very expensive plots of land and villas, as a hotel for the leaders of the Communist Party of Czechoslovakia and communists from countries allied to them – no one except communists was allowed to enter the hotel. This made the hotel a symbol of communists overbearing, and when it was demolished in 2014, probably no one felt sorry for it.

After 1989, some other Brutalist buildings in Prague were also demolished. Many buildings were considered for demolition, and some have been rebuilt. And the inhabitants of Prague have become so used to some that no one talks about their right to exist anymore (a typical example is the New Stage of the National Theater – in its place, the Empire-style Choura`s Houses stood from the 19th century, but they were in such a state of disrepair that they had to be demolished in 1954, and almost nobody remembers them anymore).

You can now see small models of some concrete buildings at the exhibition House Sculptures by the artist Krištof Kintera. All of them are deliberately damaged a little…

You can come and see them in Holubička Park (that’s the small park at the end of the Old Castle Steps, towards the Malostranská metro station). And that during the day and at night.