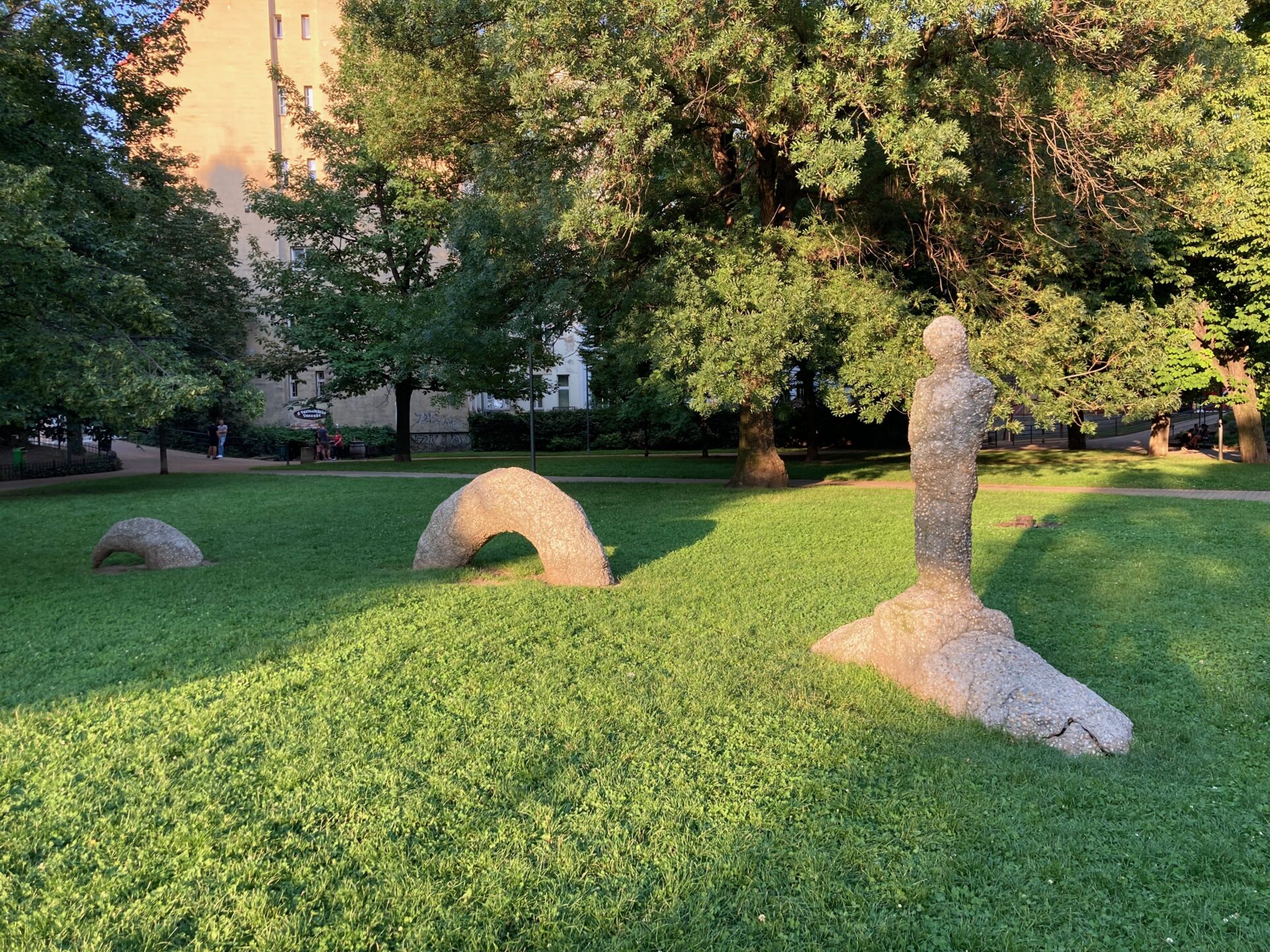 The Baroque Summer Palace Portheimka was built in 1728 for himself and his family by Kilián Ignác Dientzenhofer, one of the most important Czech architects and builders of the Baroque era.

His largest secular building in Prague is the Invalidovna building in Karlín. Invalidovna was constructed during the years of 1731-1737, following the example of Hotel Les Invalides in Paris, to provide accommodation for war veterans. (We will write a separate blog about it for you soon because it is indeed an interesting object.)

Nobody lives in Portheimka today. Exhibitions are occasionally held in one of its spaces, and until recently there was also a glass museum here. There is a pleasant cafe on the ground floor of the summer house. The former garden of the summer house is now a French-style park. The park includes a preserved wall with a baroque stone water tank.

In 2018, the sculpture “Snake” created by Barbora Fastrová and Johana Pošová was installed in the park. Originally, the Snake was only supposed to stand here for half a year, as part of the “art in public space” event. But because people liked him, he has been climbing out of the park’s lawn for four years.

Now, however, the snake will be removed, because a monument to Ferdinand Peroutka will be built in the park. Ferdinand Peroutka was an important Czech journalist, writer, playwright, and close friend of the author Karel Čapek. He was also a great critic of Nazism and communism. For this, he was imprisoned in concentration camps during the war. He survived the war, but when the putsch broke out in Czechoslovakia in 1948, which established the totalitarian power of the communists, Ferdinand Peroutka went into exile. He died in 1978 in New York.