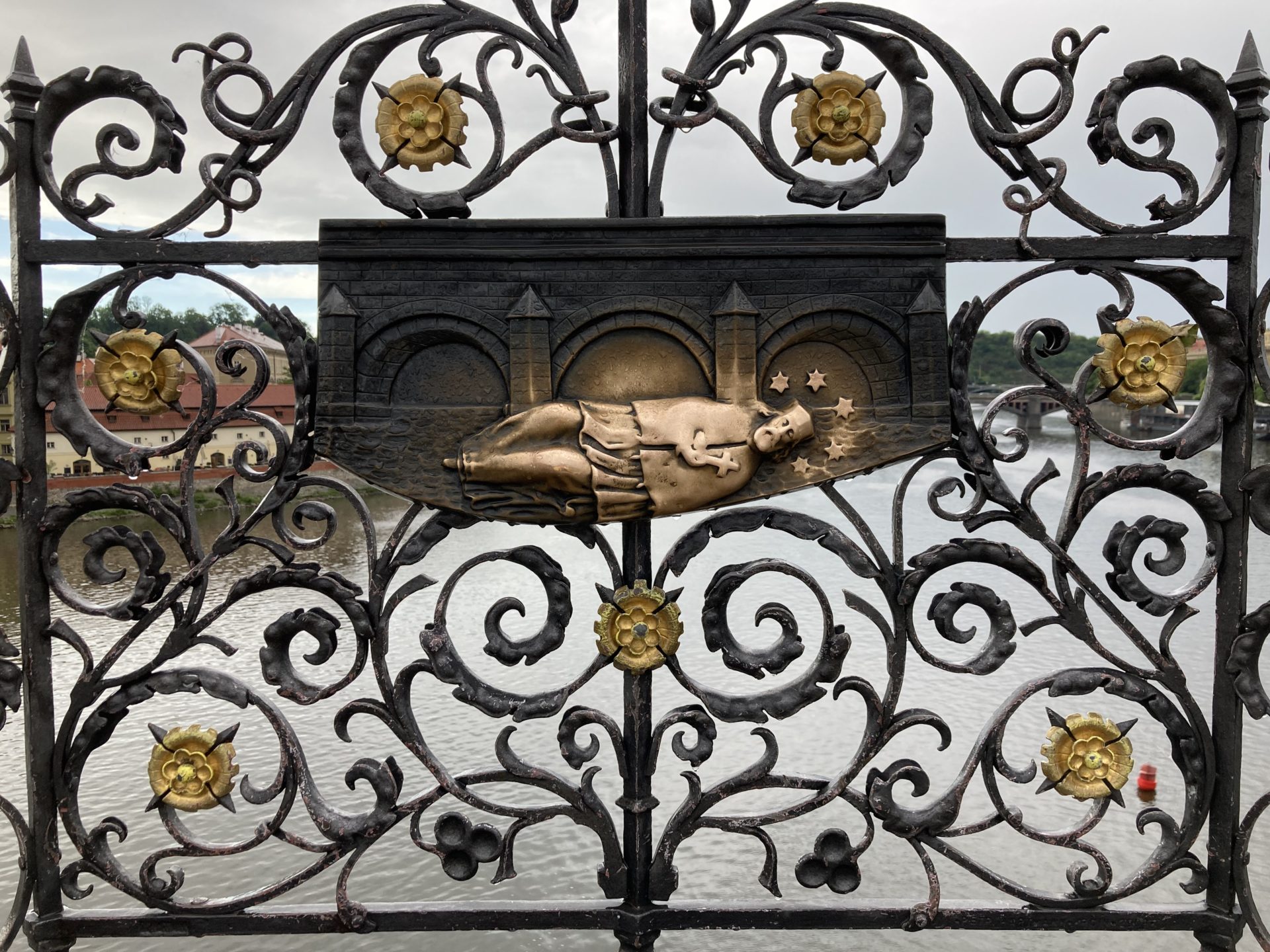 The statue of Jan Nepomucký on the Charles Bridge is the shiniest statue. Why?

Jan Nepomucký was the court priest of Wenceslas IV, son of Charles IV. In March 1393, he got into a heated dispute with the king because he refused to tell him what he had heard during the confession of Queen Sophia, Wenceslas’ wife. The king was furious and had John tortured and his body thrown into the river.
On March 19, 1729, Jan Nepomucký was canonized. In that year, a chapel was placed on the Charles Bridge next to his statue, where people came to light the lights. St. John of Nepomuk became the patron saint of confessors, millers, boatmen, raftsmen, and bridge builders. He is most often depicted with a crucifix and five stars around his head.

And why are the reliefs on his statue so shiny? Because everyone touches them.

If you touch the relief with the dog, it will bring you good luck. And if you touch the second one, you’ll soon return to Prague. (There have also been reports that this whole legend was created by coincidence, as the reliefs were polished by two students like a recession, but it’s better to believe that the legend really works.)

A little further towards the Old Town is the place where the body of John of Nepomuk was thrown off the bridge. Today there is a lattice with the figure of John at the moment of his fall into the river and a bronze cross with five stars. If you touch one of the five stars with each finger of the left hand and place the right palm on the figure of Jan Nepomucký at the same time, your wish come true.

Is it true? Not yet.
You also have to look at the pavement.

There is a small brass point – it is an energy point, when you step on it, you feel the warmth and energy entering your body (there are two similar points in the St. Vitus Cathedral in the Castle). And in order for your wish to come true, you have to have your hands on the lattice and the stars and at the same time, you have to step on the energy point with your right foot.

And whatever you want will come true.

An Alley Named After the Place of Executions

About a Severed Hand and a Dead Painter