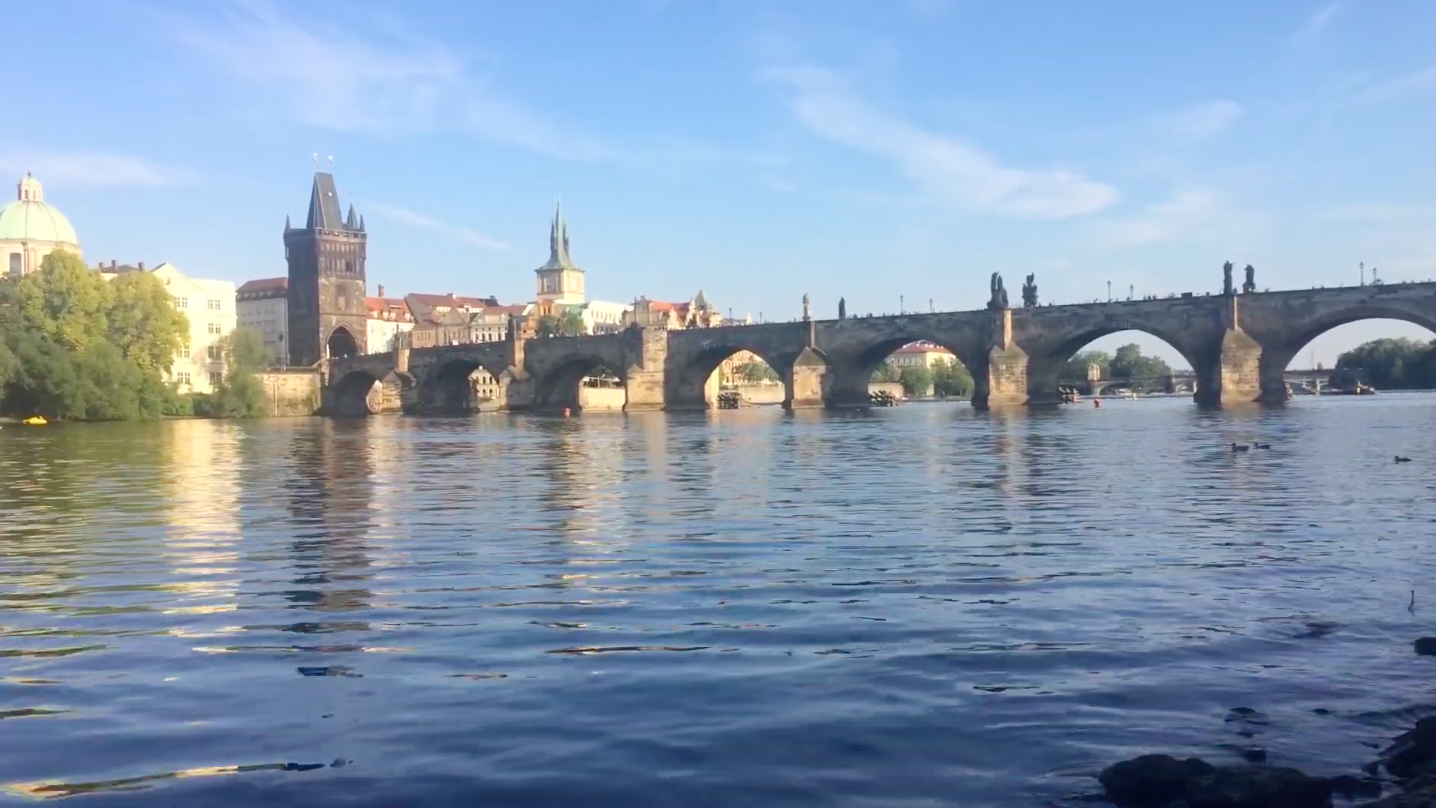 There are about a thousand places in Prague that we can say are extraordinarily charming. (I think there are more than a million of them, but even if there were only a thousand, this certainly belongs to them.) 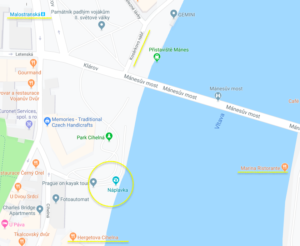 It is just a few steps from Malostranská metro station, within sight of the Mánesův most (Mánes` Bridge). It is an alluvium (Náplavka), but the place is also called the Cihelná Park, according to Herget’s Brickwork in the neighborhood (the bricks were burned here since 1781). It is the only place in the very center of Prague where you can reach the river without any obstacles.

It`s also a place where you can see Charles Bridge in a less traditional way. It has a special charm that you will not experience elsewhere. If you look to the right, you will see the green roof on the opposite shore of the Church of St Francis of Assisi, the dark silhouette of the Old Town Bridge Tower, and the bright clock tower. That is the tower of Staroměstská vodárna (Old Town Waterworks), which today houses the museum of one of the best Czech composers, Bedřich Smetana Museum (therefore the neighboring embankment is also called Smetanovo nábřeží / Bedřich Smetana Embankment). 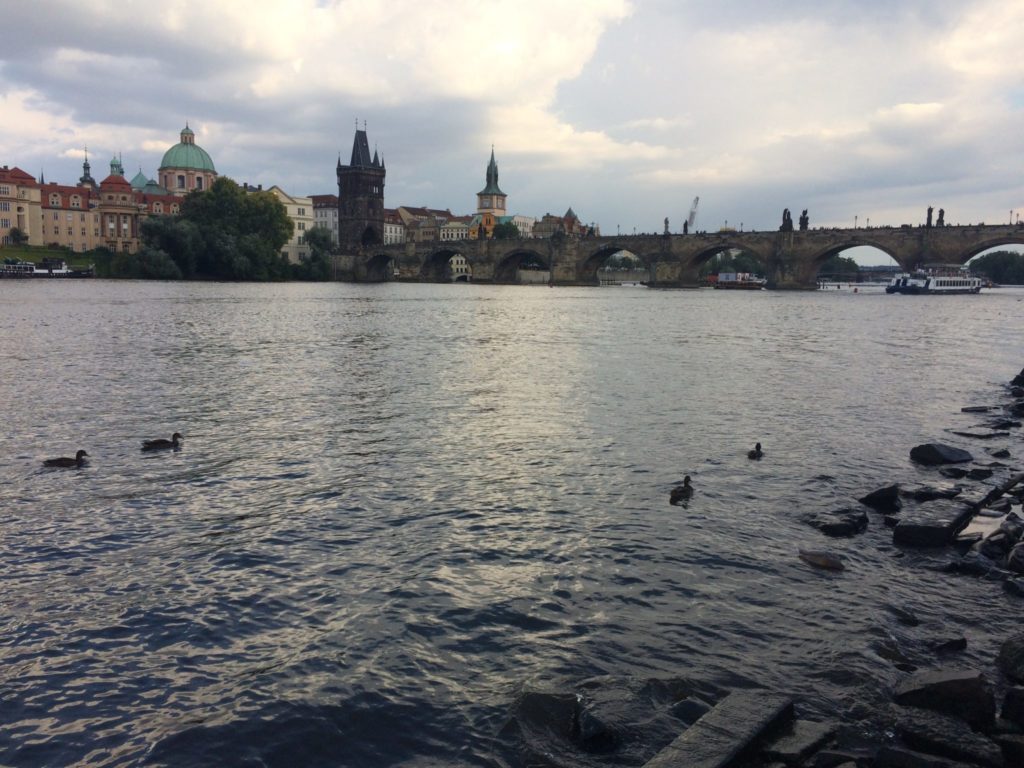 If you look to the left, you’ll see a cream-colored building with a gray roof – that’s UMPRUM, Vysoká škola umělecko – průmyslová (the Academy of Arts, Architecture and Design in Prague). The ochre building with a green roof is Filozofická fakulta Univerzity Karlovy (the Faculty of Arts at Charles University). And to the left of the faculty, the beautiful light brown house with a green roof, is one of the most architecturally valuable buildings in Prague, the neo-renaissance building of the Rudolfinum. The building is the primary the seat of the Czech Philharmonic. Its best known space is the Dvořák Hall, where the Czech Philharmonic performed for the first time in 1896 under the direction of composer Antonín Dvořák. More on this subject in the future. 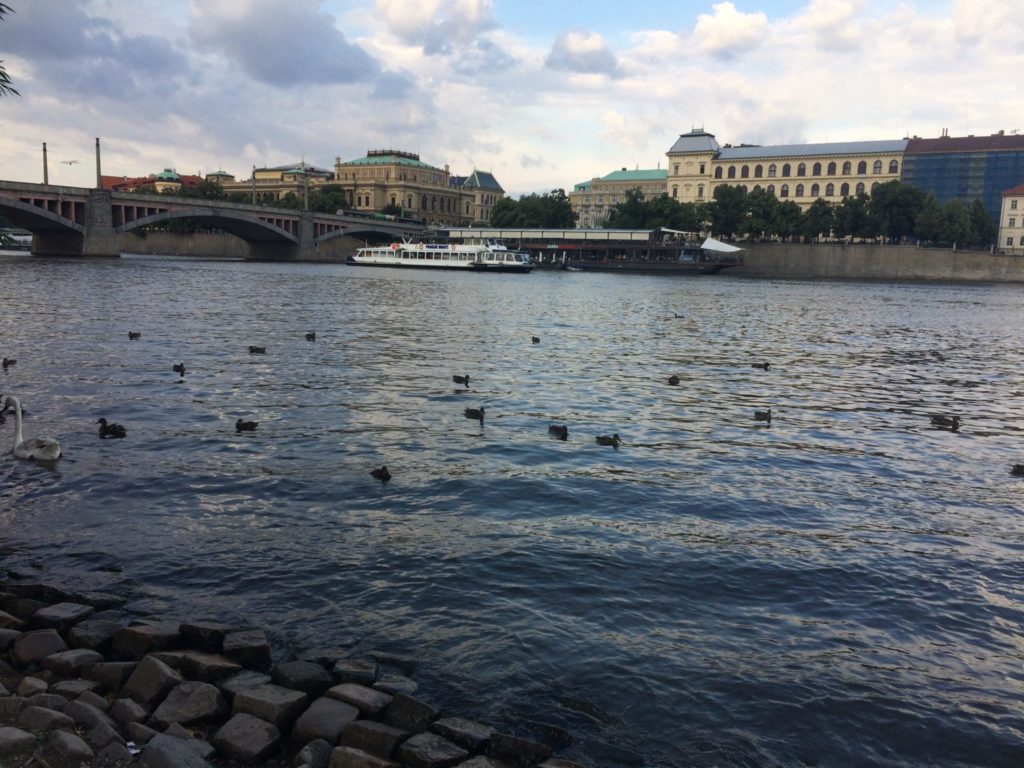 Kosárkovo nábřeží (Kosárek Embankment) is highlighted in yellow at the top of the map. It is named after the Czech painter Adolf Kosárek, who lived only 29 years but is still one of the most important Czech painters of the 19th century. This is probably his most famous painting, Winter Night. We will focus more on him later. 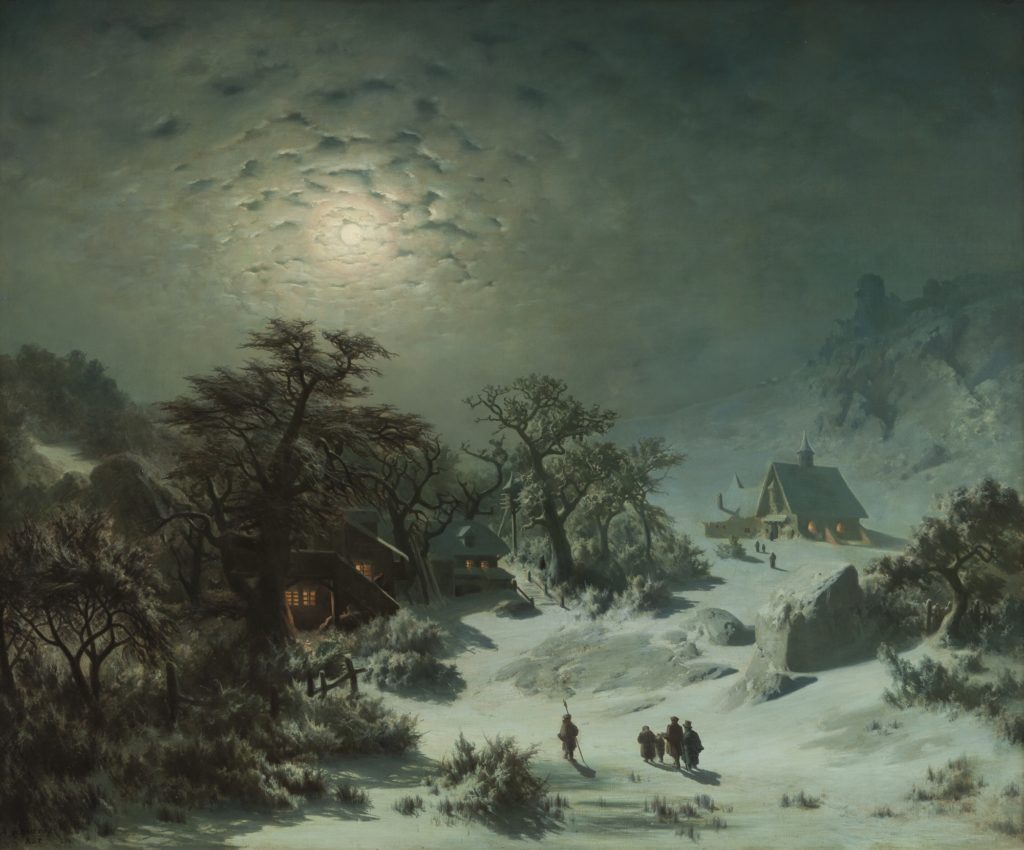