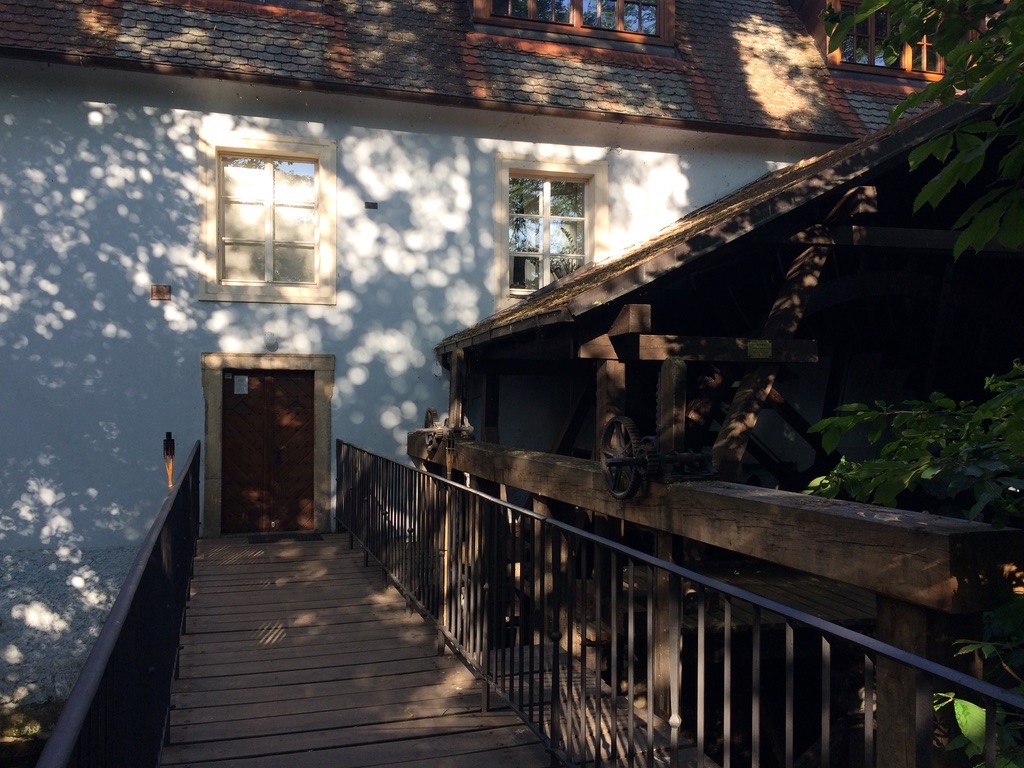 Quiet sitting on the terrace above Čertovka, where you`ll feel like being at home

It is just a few steps from Charles Bridge. You will come down to Kampa, go through the park, pass Sovovy Mlýny (the Sova’s Mills) on the left side, and follow the shadows of the tall,aged trees. They border the bank of Čertovka (the Devil`s Stream), also called Malostranská strouha (the Lesser Town gutter). A few meters wide millrace, that once powered the wheel of the Huťský mlýn, or the more famous Velkopřevorský mlýn (the Grand Priory Mill). 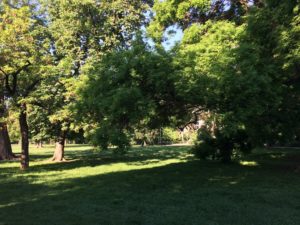 By the way – there are several theories about the origin of the name Čertovka. One of them deduces its name from the House of the Seven Devils. And another based on an evil woman who lived in the nearby Maltézské náměstí. Even the name Kampa has several possible origins. It may come from the word ‘campus’, a field or plain. But it may also be related to the word “zákampí”, which could be translated as “space behind “kampa” and means a shady place.

The first Vltava mills were hanging mills – the mill wheel was between two boats chained to the shore. Later they were substituted by mills placed on wooden piles or directly on the solid river bank. Prague already had its first mill in 993, and at one time, had a windmill belonging to the Břevnov Monastery.

One of the preserved mills is the mill called Huť (Smelter) – we have mentions of it in 1293, it got its name from the fact that it stood next to the smelter or brickworks. The mill is also known under the name Všehrdův – according to the lawyer Viktorin Cornel of Všehrdy, who got the mill by a marriage in 1500.

The building was rebuilt over the centuries, we know its Renaissance and Early Baroque appearance. The building was rebuilt for the last time, after many floods and fires, in the 1950s. The way the house was used also changed. At the beginning of the 19th century, the mill ceased to serve its original purpose. Sometimes there were apartments for poor people, sometimes a carpentry workshop, sometimes a warehouse, and there was also a youth boating club.

In 1994, the building was purchased by the “Všehrdův mlýn” company, founded by tenants of the house and carried out its general reconstruction. This included the deployment of a new mill wheel with a diameter of 6.5 meters, with 36 oak wood blades and a total weight of 3 tons. They are also considering setting up a small hydroelectric power plant.

At the same time, the Café Mlýnská (the Mill Café) was built on the ground floor of the house. A café that will – most likely – fascinate you. First of all, it is both romantic and normal. Yes, you go inside a footbridge over the flowing Čertovka that separates Kampa from the Lesser Town. If you turn around, you will see the Vltava and the Czech national treasure, the National Theatre. You can see a huge oak mill wheel on your right – and bet anything that the water is guarded by a water sprite in green pants and red and green ribbons on his hat. You enter a house that obviously has a centuries-long history. More precisely, 700 years old. And near the door, you will see a functional mechanism pushing the mill wheel, as well as the preserved load-bearing construction of the building.

But it’s all natural, obvious, unpretending. Why not admit it – Kampa is one of the most attractive parts of Prague in terms of tourism, which also means that most restaurants in such places are rarely visited by ordinary citizens of Prague. Goulash soup for 150 crowns or one portion of apple strudel for 125 crowns includes an additional “tourist” charge, so it is unnecessary for locals to pay that if they can have the same for half or less elsewhere.

But Café Mlýnská is something completely different. Latte coffee for 64 crowns or two decilitre of excellent wine for 48, if the same costs 120 crowns a few hundred meters elsewhere? And it’s not just about prices, visitors are enchanted by the ambience and the willingness and sense of humor of the staff, often students. And you rarely experience such relaxation as when you sit on the terrace in the summer, Čertovka flows under your feet and the sun glimmers through the trees.

By the way – when Karel Schwarzenberg, former Chancellor of President Václav Havel and the Minister of Foreign Affairs, aimed at the election as President of the Czech Republic in 2013, he described the Mill Café as his unofficial base. And even though he lost by a very slight margin at that time, he gained 66% in Prague. Maybe that explains why we love the Mill Café so much…