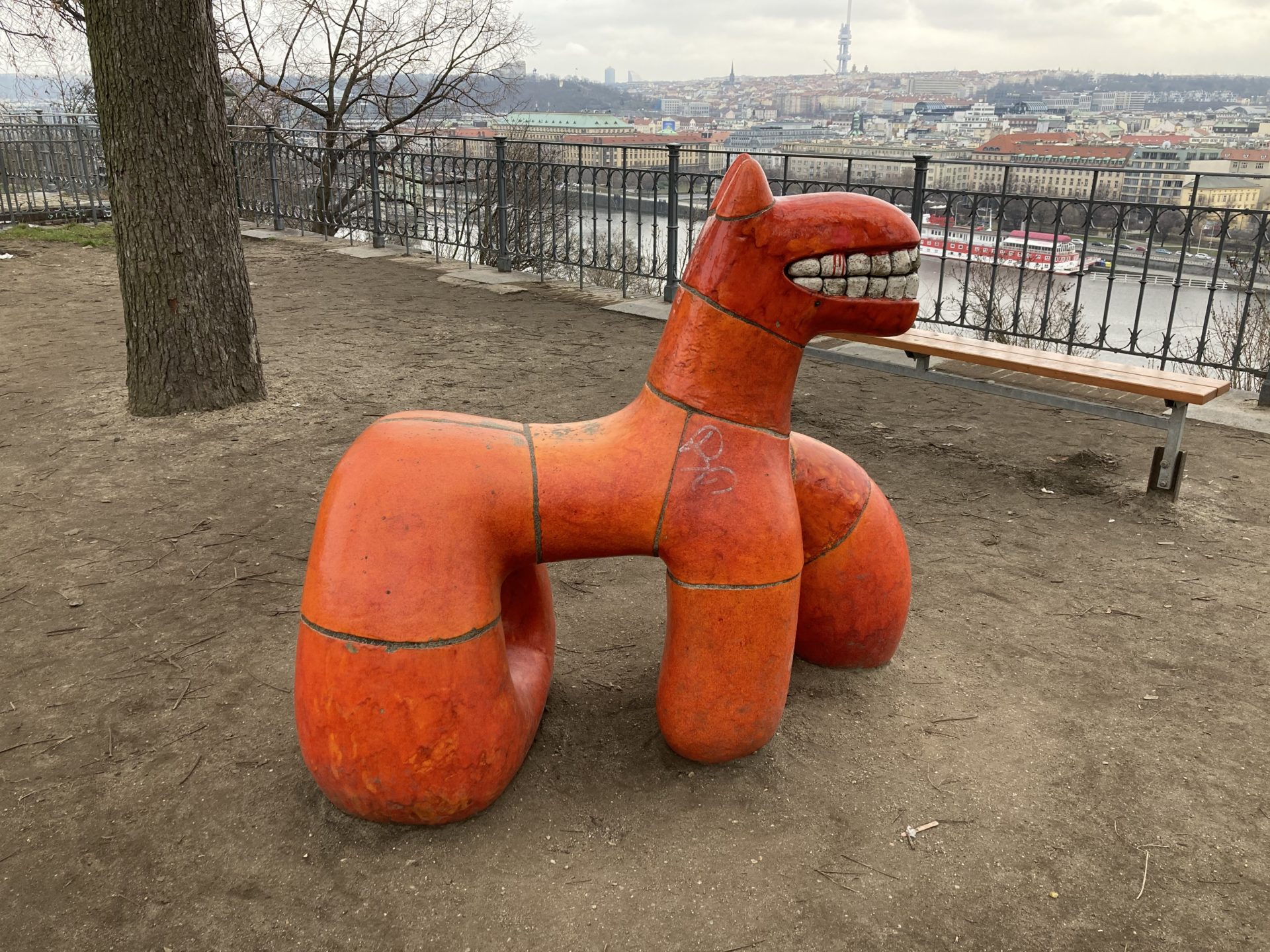 If you walk through the park in Letná, you will find two rails in the ground within sight of the National Technical Museum. The inscription says: “Thanks to František Křižík, the first Czech streetcar started operating in this place on July 18, 1891.”

František Křižík was a well-known Czech inventor and industrialist, as well as a big promoter of all new discoveries in technology. The first tram started running in Prague on the occasion of the Provincial Jubilee Exhibition. The exhibition was a show of Czech industry and entrepreneurship and took place 100 years after the First Industrial Exhibition in 1791. The tram rode from Letná to the exhibition center, its line measured 800 metres and the whole ride took exactly 4.5 minutes. (Today in Prague, trams run on 142 kilometers of lines.)

Just a few meters from these tracks is a horse carousel, which has been operating here continuously since 1894. This neo-Renaissance Letná carousel is the oldest attraction of its kind still in operation in Europe.

Originally, the carousel was powered by a single person, who continually walked around and around in the space beneath the floor pushing against one of the frame braces. Since the 1930s, however, it has been powered by an electric motor.
The interior of the carousel has almost the exact same appearance as it did in 1894. Atop the revolving floor are 18 horses of various sizes and four tiny cars. The horses have an iron frame supplemented with carved wooden heads and legs; they are covered to the hooves in real horse skin.
In 1995, the carousel was restored according to the original plans. A truly exceptional item of cultural heritage, it`s included in the essential list of built monuments of the Czech Republic.

Křižík’s trams ran from the stop of the Letna Chateau, where the restaurant is located today. If you walk around the chateau, you will find yourself in a place high above the Vltava river, from where you can overlook a large part of Prague. And since we are in the place “promised to the horses”, it will probably not surprise anyone that the children’s climbing frames on the nearby playground also have the shape of horses.