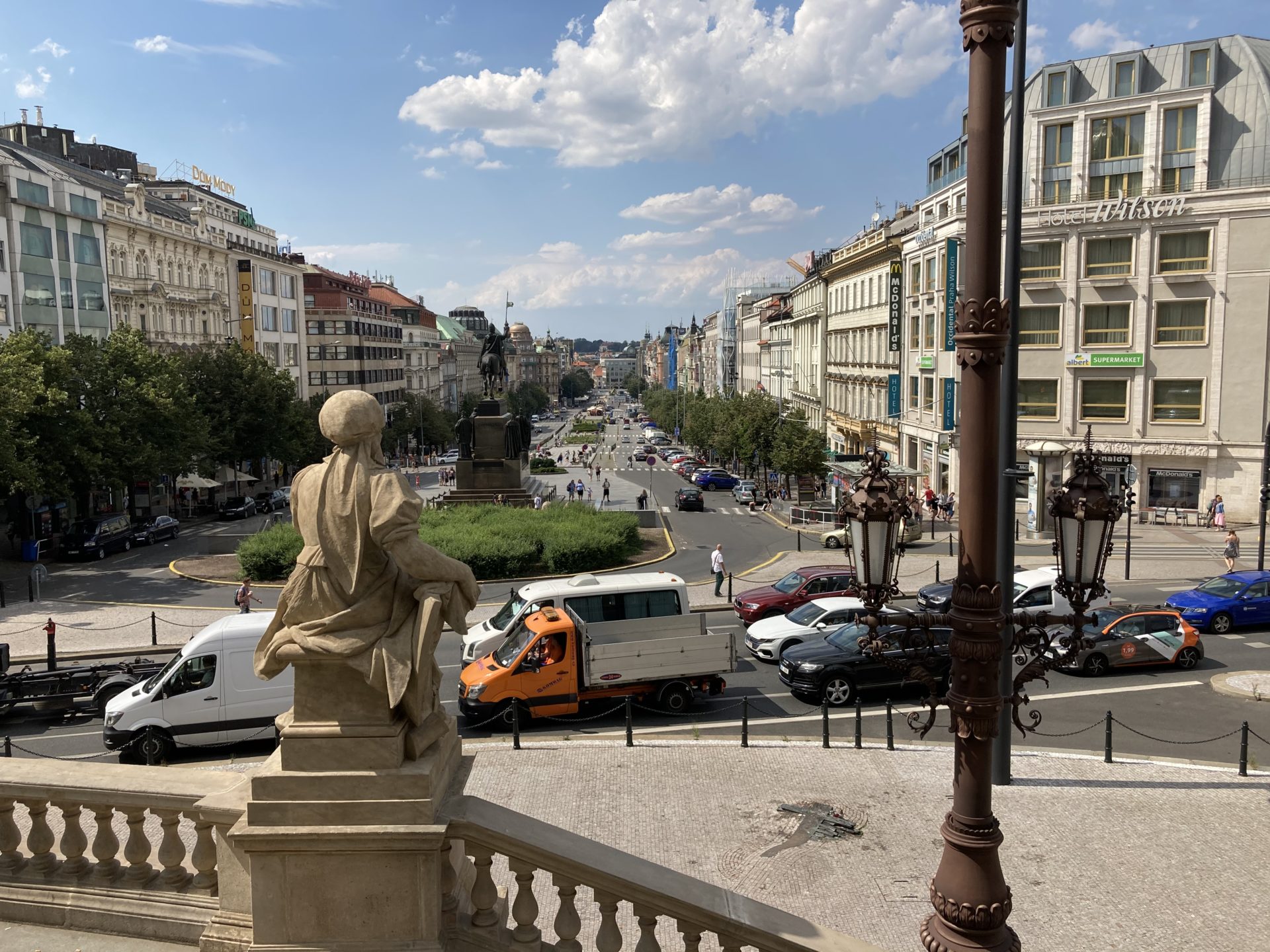 In the spring of 1968, it seemed that we could have at least some political change – it was called “socialism with a human face.” It could also have been something like “socialist democracy,” which is, of course, political nonsense.
On August 21, 1968, however, all efforts to democratize the socialist country were over. At that time we were attacked and then for 20 years occupied by the armies of five countries of the so-called Eastern bloc, led by the Soviet Union army.

Jan Palach, a 21-year-old student at the Faculty of Arts of Charles University, decided to make the biggest sacrifice.

His self-immolation was a political protest against the end of the Prague Spring. It happened on January 16, 1969, three days later Jan Palach died at the Faculty Hospital Královské Vinohrady. His funeral became a great protest of the nation, however, the dream of democracy was over.

Twenty years later, in January 1989, there were many clashes between citizens and the police in a matter of days. This period is called Palach’s week.
Further protests took place in August 1989 – at the anniversary of the occupation. The protests culminated on November 17, 1989. The Velvet Revolution and the real road to democracy were born …

Jan Palach is commemorated in four places in Prague. This monument is also dedicated to Jan Zajíc, who self-immolated for the same reasons. He did it on February 25, 1969, at the anniversary of the communist putsch of 1948.