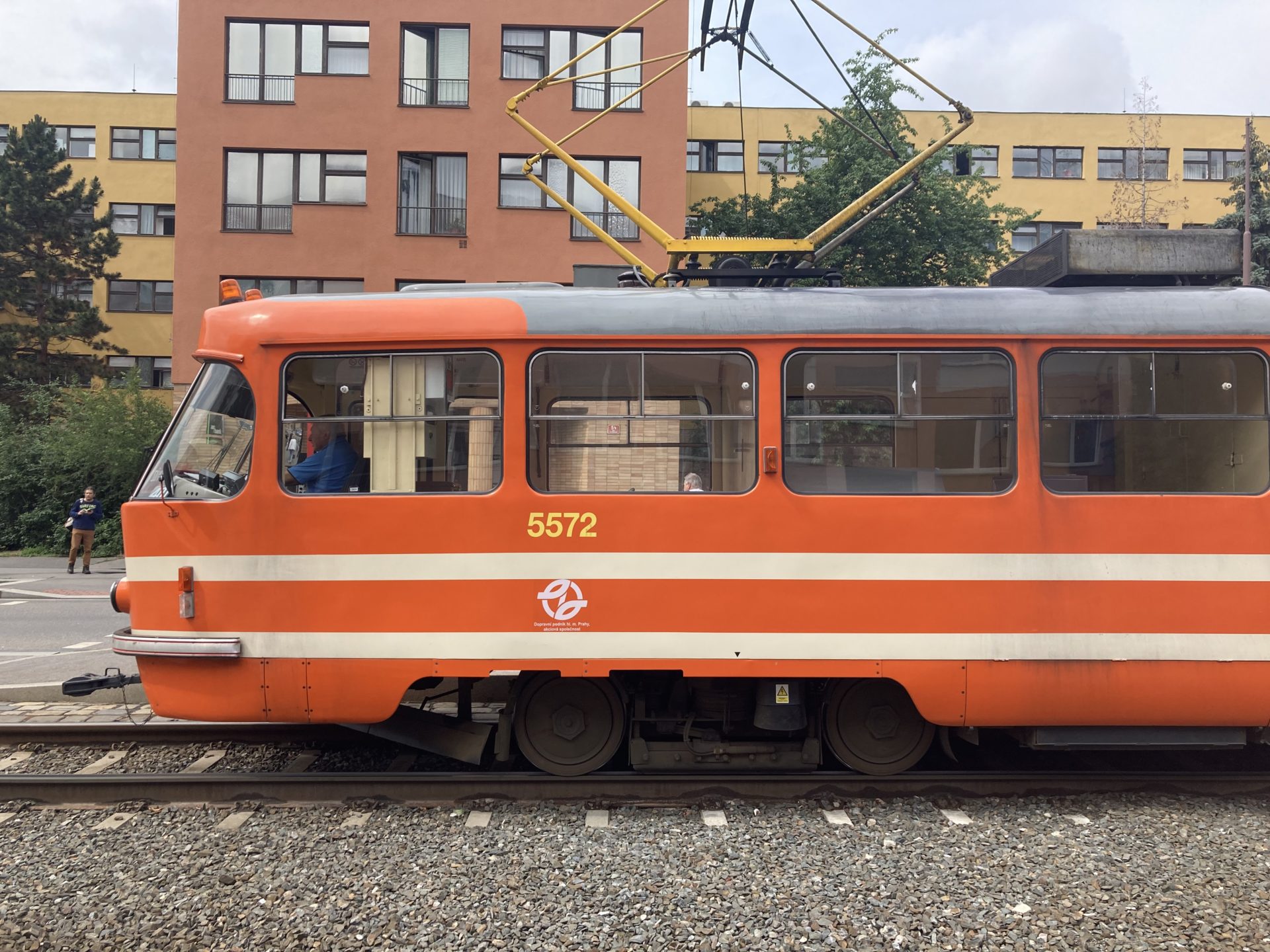 There are 785 streetcars in Prague. They are interchangeable – just change the route number and the streetcar can run anywhere. However, one of them is special – it is a streetcar with the registration number 5572. It`s called “mazačka”, from the verb “namazat”, because it is a streetcar that greases the tracks so that other streetcars can run on them easily. (It has two additional functions. Firstly, it can act as a snow plow, for the line to Barrandov, which is very uphill. And then it also has a large water tank on it, which is used to sprinkle those parts of the tracks that have a grassy base.)

This tram is very popular. It even has its own Facebook page with 12,000 fans. When people in Prague see it, they get excited. Why? Because “mazačka” has magical powers. If you meet this streetcar, something nice will happen to you that day.

These photos were taken yesterday in Žižkov. I can confirm that the magic of the “mazačka” really works.

So let it bring you a nice and happy day to you too.