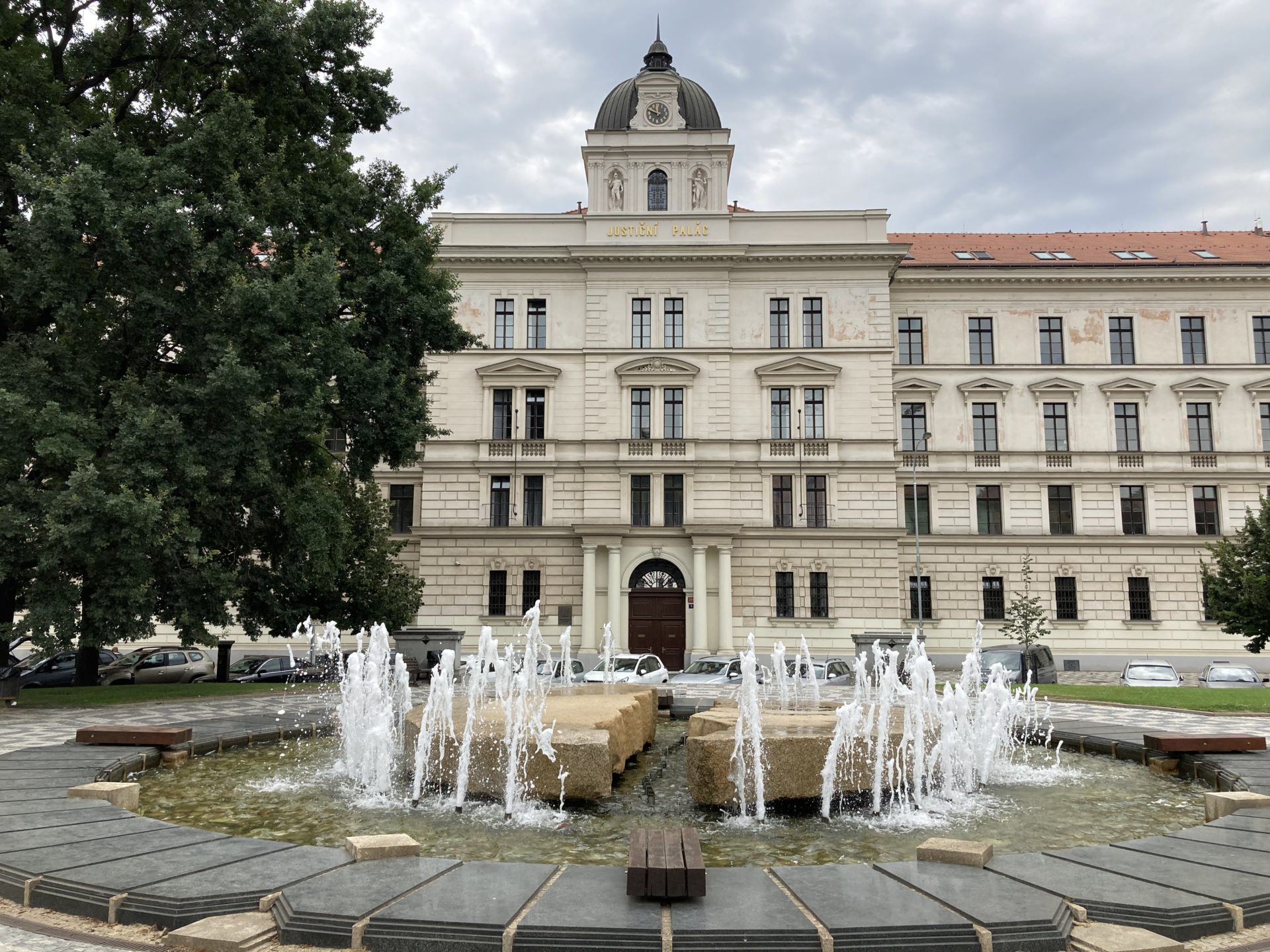 In Kinský Square in Smíchov, a tall stone pedestal and a green tank stood in front of the barracks building. It was to commemorate the liberation of Prague by the Soviet Union army. However, because the end of World War II was strongly politicized in Czechoslovakia, it was only after 1989 that the agreement of the liberation of Czechoslovakia was publicly acknowledged, also recognizing that West Bohemia was liberated by the Americans. Until then, this tank was perceived as a negative symbol of the Russian occupation of Czechoslovakia in 1968.

The first Soviet tanks that entered the center of Prague via Chotkova Street to Klárov had the numbers 23, 24, and 25. 24 was stopped by a shot from a German cannon, which stood at the level of today’s Malostranská underground station. Tank number 23 destroyed the German cannon and, along with number 25, continued on to the city center. It was the first tank to enter Old Town Square.

However, it`s not the same tank that was exhibited in July 1945 on a pedestal in Kinský Square. A larger and supposedly nicer tank was chosen for placement on the pedestal – they just painted the number 23 on it and a legend about tank 23 was created, which was the first to come to liberate Prague.

A Czech Television shot shows how the tank was installed in July 1945.

In 1956, the engine and transmission were removed from the tank – the reason was the uprising in Hungary. At that time, there was fear that the Czechs could also rise up against the USSR and use military equipment from monuments,  as they did in Hungary. In August 1968, a black flag appeared on the tank, drawing attention to the contrast between the liberator’s tank and the occupier’s tank. This is where negative associations manifested. The tank number was 23 and, ironically enough, the Russian occupation came 23 years after the liberation in 1945.

Gradually, we got used to the tank. It was just standing in the square. Of course, it had a completely different emotional charge than the Allies tanks and cannons scattered along the Normandy coast, but we learned not to notice the tank.

In April 1991, David Černý (a future sculptor, then still a student at the Academy of Arts, Architecture, and Design) and his friends colored the tank pink. After three days, and after the protests of the USSR government, the tank was colored green again. In May, 15 Czech Members of Parliament used their parliamentary immunity and colored the tank pink again.

The tank then lost the status as a national cultural monument and was removed. The symbolism of the number 23 reappeared – the tank was removed 23 years after the occupation of 1968.

In 2011, it returned to Prague for a short time – it was anchored on a pontoon in the middle of the Vltava near Střelecký Island and a large pink erect middle finger, the work of sculptor David Černý, protruded from the tank tower. This happened to commemorate 20 years since the evacuation of Soviet troops from Czechoslovakia.

Today, the tank from Kinský Square is exhibited at the Military History Museum about 30 km south of Prague – the museum has removed all its peeling paint and definitively painted it pink.

The barracks on Kinský Square were rebuilt into the Palace of Justice after 1989, and the area in front of it also found its new symbol. The granite base of the tank was removed and a fountain Trapdoor of Time was built in its place in October 2002. According to its author, sculptor Jan Lauda, the water flowing through the gap between two semicircular plates is supposed to remind us of the transience of time and of historical events.

A small triangular plate in the grass commemorates the memory of all the people who fell during the liberation of Prague.

And the pink tank? Only the pink bicycles of the bikesharing company can evoke the memory of it here.