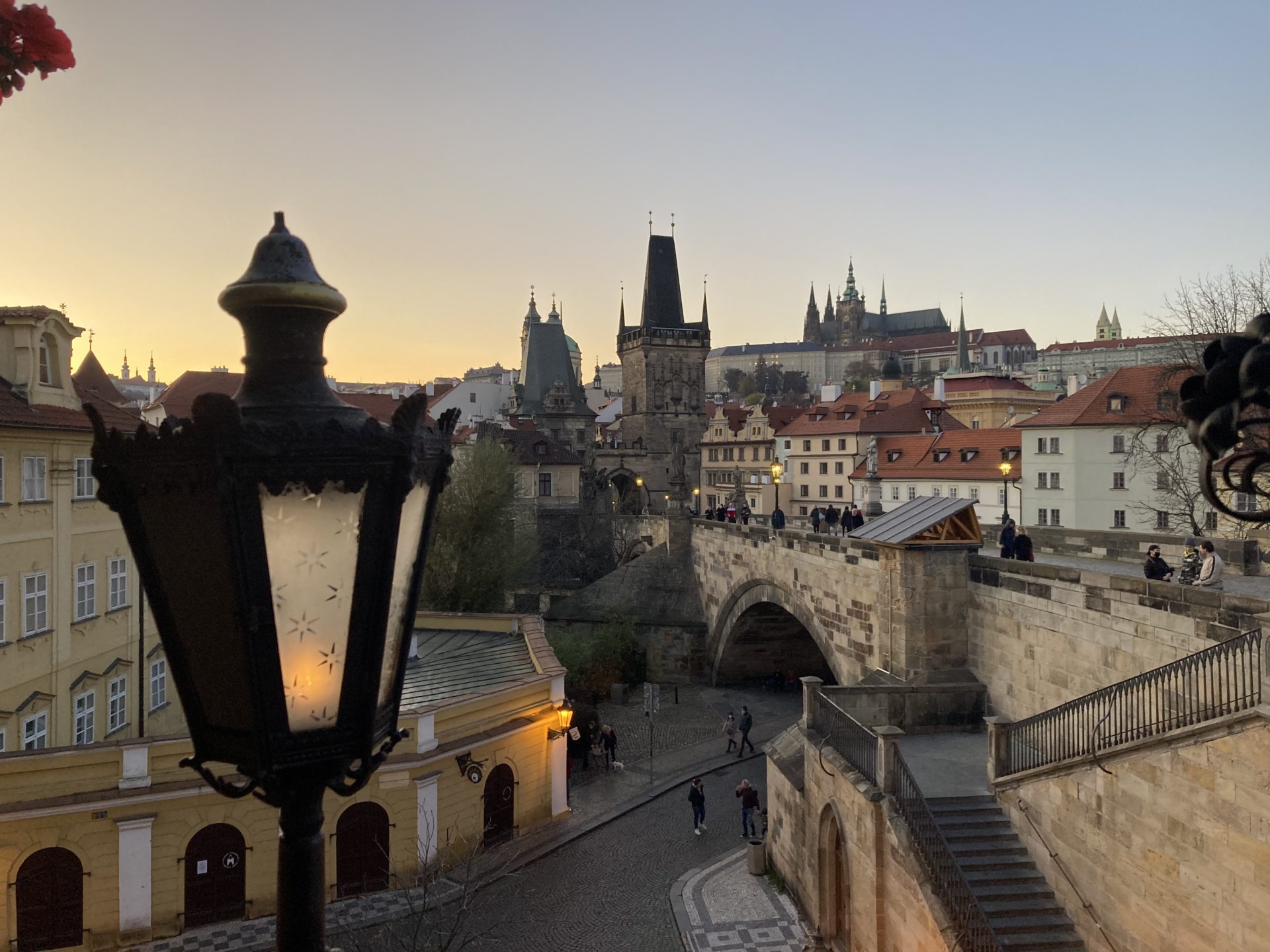 The first mention of the sale of the house is from 1657 – but how old it is, it`s not known exactly. It has been called a house of the Virgin Mary since 1784. At that time, there was a great flood in Prague and the Virgin Mary picture was brought in by the river. Since then, the picture is on the balcony of the house.

Next to the picture are hang two wooden rollers. There was a laundry room with a mangle in the house. One of the housemaids, Mary, was inattentive, and her hands got between the mangle rollers. She quickly prayed to the Virgin Mary, and the mangle rollers miraculously moved back, and nothing happened to Mary. Another version of this legend says that the statues from Charles Bridge helped Mary because she took care of them. When they heard her call, the statues came to life and the rollers moved back.

There were three lanterns on the balcony. In 1961, before Nikita Khrushchev’s visit, the Communists ordered two lanterns cut off so that the Czech and Soviet flags could be in their place. Only the middle lamp remained on the balcony.

56 years have passed. A few years ago, one of the residents of the house happened to meet a craftsman who removed the lanterns from the balcony years ago. He still had one of them – and the lamp could return to the house next to the Charles Bridge.

And the second lost lamp? It was miraculously found hidden behind a beam in the attic of the house. And today, the house has all three lamps. They even have their names. Evička, Petruška, and Jiřinka. Evička was a girl with big eyes who lived in the house. Jiřinka is named after Mrs. Šuhajová, who took care of the balcony for 60 years. And Petruška?

A lonely Petruška lived in the house. One Czech saying says: “When you see a star falling and you want something, your wish will come true.” So when Petruška saw the star fall, she wished the star was with her. Her wish came true. When Petruška died and her soul flew out the window over the Vltava river, the star flew into the lantern on the balcony and has shone like an eternal light ever since.

An Alley Named After the Place of Executions

About a Severed Hand and a Dead Painter