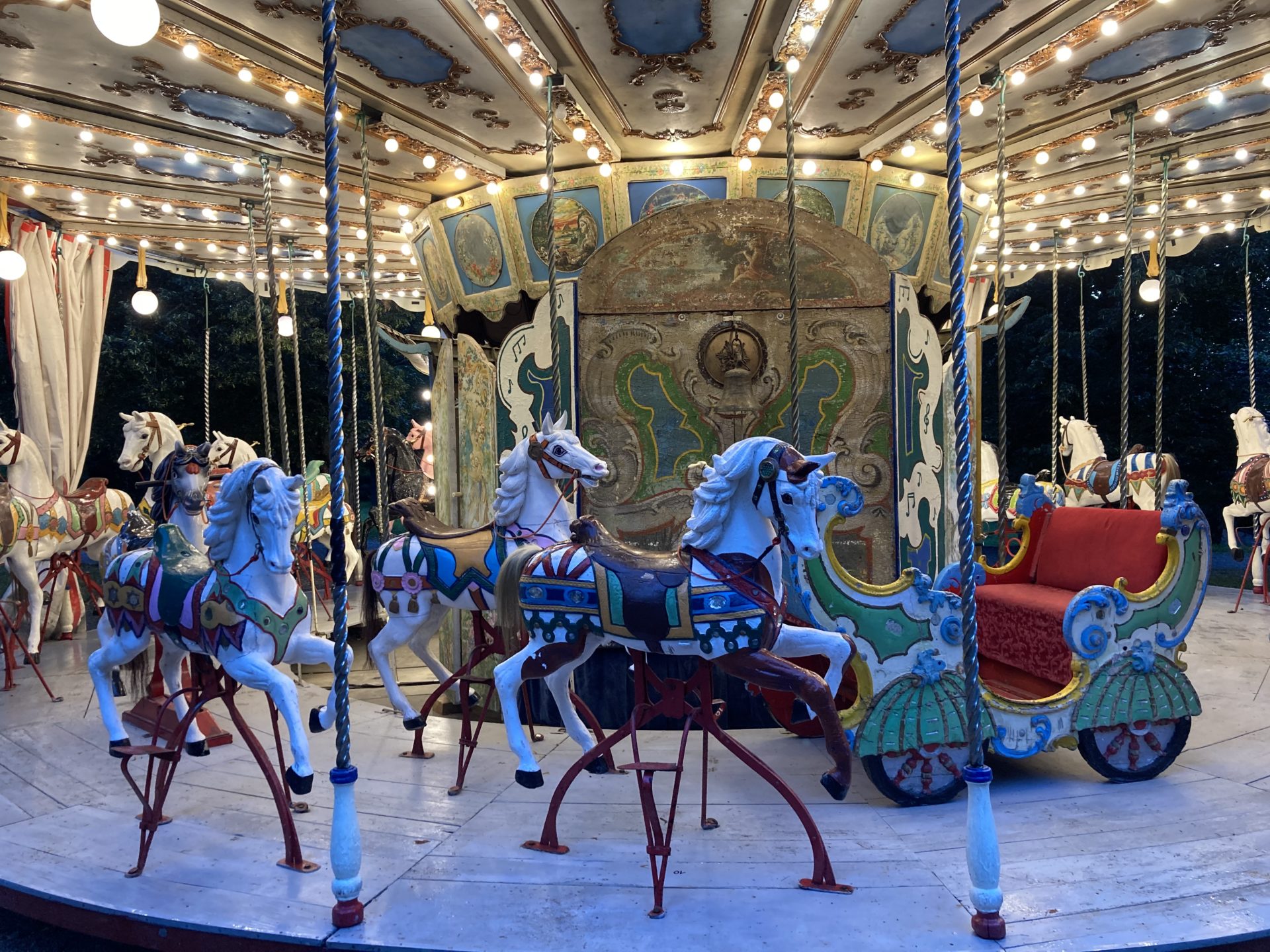 One of the most beautiful and oldest original carousels in Europe has been installed next to Prague’s Petřín Tower. It is hand-painted and inlaid with exotic wood. For over 200 years, it has brought joy to visitors young and old from around the world.

This original carousel of the Degli Innocenti family from Florence has been handed down from generation to generation since the beginning of the 19th century. Care of the carousel is always entrusted to the youngest sibling. The carousel was made by German craftsmen in Wiesbaden, most likely at the end of the 17th century; however, the first verifiable records date back to 1820.

Before motors were invented, the carousel was powered by real horses, and the music was provided by a pipe organ. The carousel is a unique piece of craftsmanship, evidenced by the fact that interest in buying it is still enormous. In the 1950s, a Persian sheik offered an astronomical sum of money for it. But tradition is tradition, and the carousel remains in the family of the original operators.

There are only three such carousels in Europe. This one will stand in the immediate vicinity of the Petřín tower until the end of September.