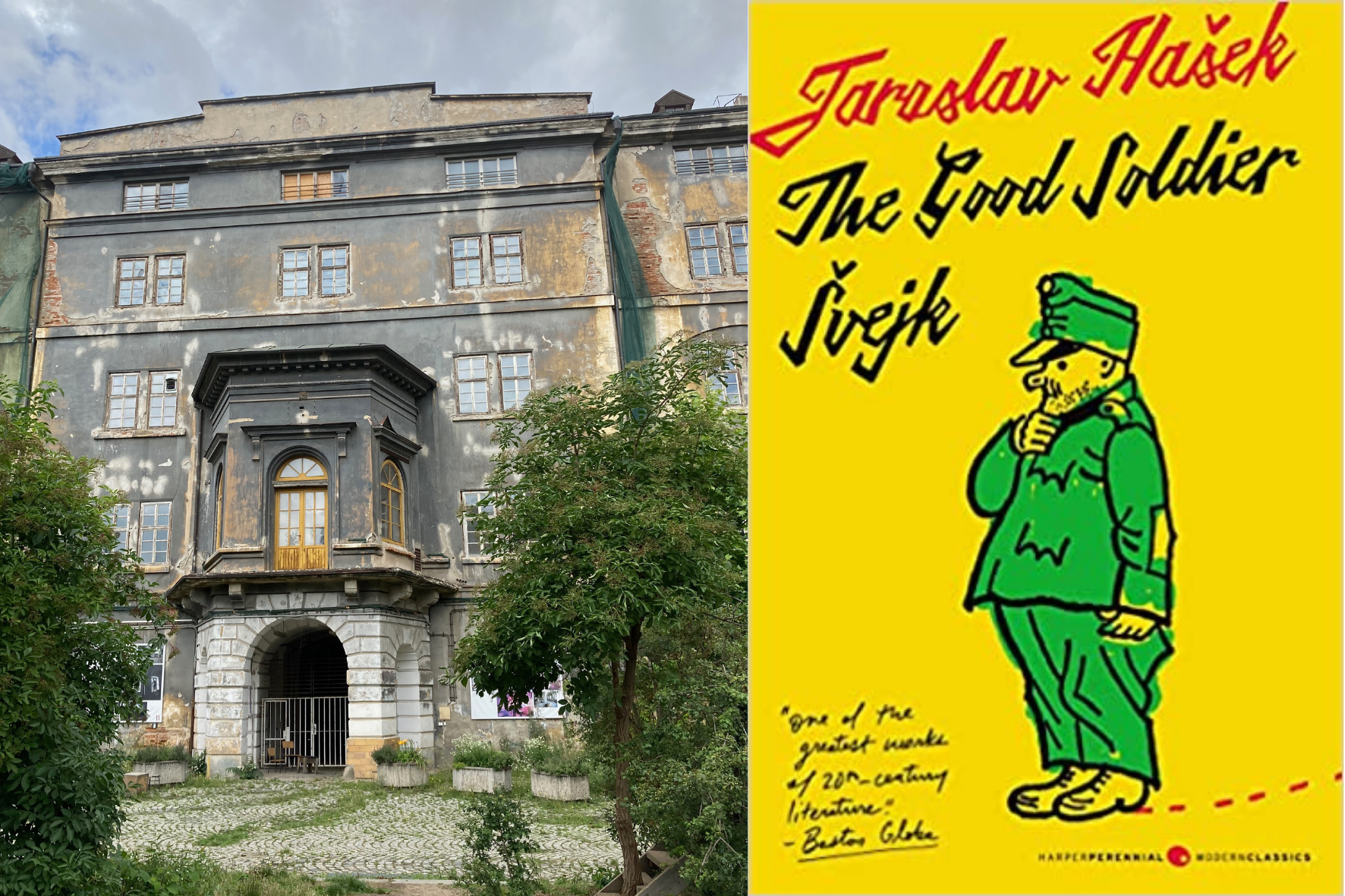 The 91st Infantry Regiment of the Austro-Hungarian Army was based in the barracks in Karlín. It is probably safe to say that this regiment is the most famous Prague military unit of all time. Why? Because, according to the writer Jaroslav Hašek, the hero of the novel The Good Soldier Svejk was also a member of it. Hašek’s book has been translated into 58 languages and has been the basis for many plays and movies…

The barracks were built in the years 1846-1849 in a place behind the then city walls, near one of the seven entrance gates to the city, called Poříčská. The capacity of the barracks was 2 thousand accommodated soldiers.

The barracks served their purpose until 2008 (during the war, of course, Wehrmacht troops were accommodated here), since then the buildings have been falling into disrepair. However, they will be renovated and a Palace of Justice will be built here.

In 2017, the area of the barracks yard and some buildings was rented for the creation of a cultural and social center. You can come to the cinema, attend a concert, play beach volleyball or spend a pleasant afternoon with your children. There is a cafe in one of the buildings where you can also sit at a table in the former barracks swimming pool.

Barracks yard is referred to with exaggeration as the largest car-free square in Prague. The advantage of this space is that the barracks buildings prevent noise from spreading to the surroundings, so events can be held here late into the night.

The Gentleman Was Czech and the Lady Was Dutch