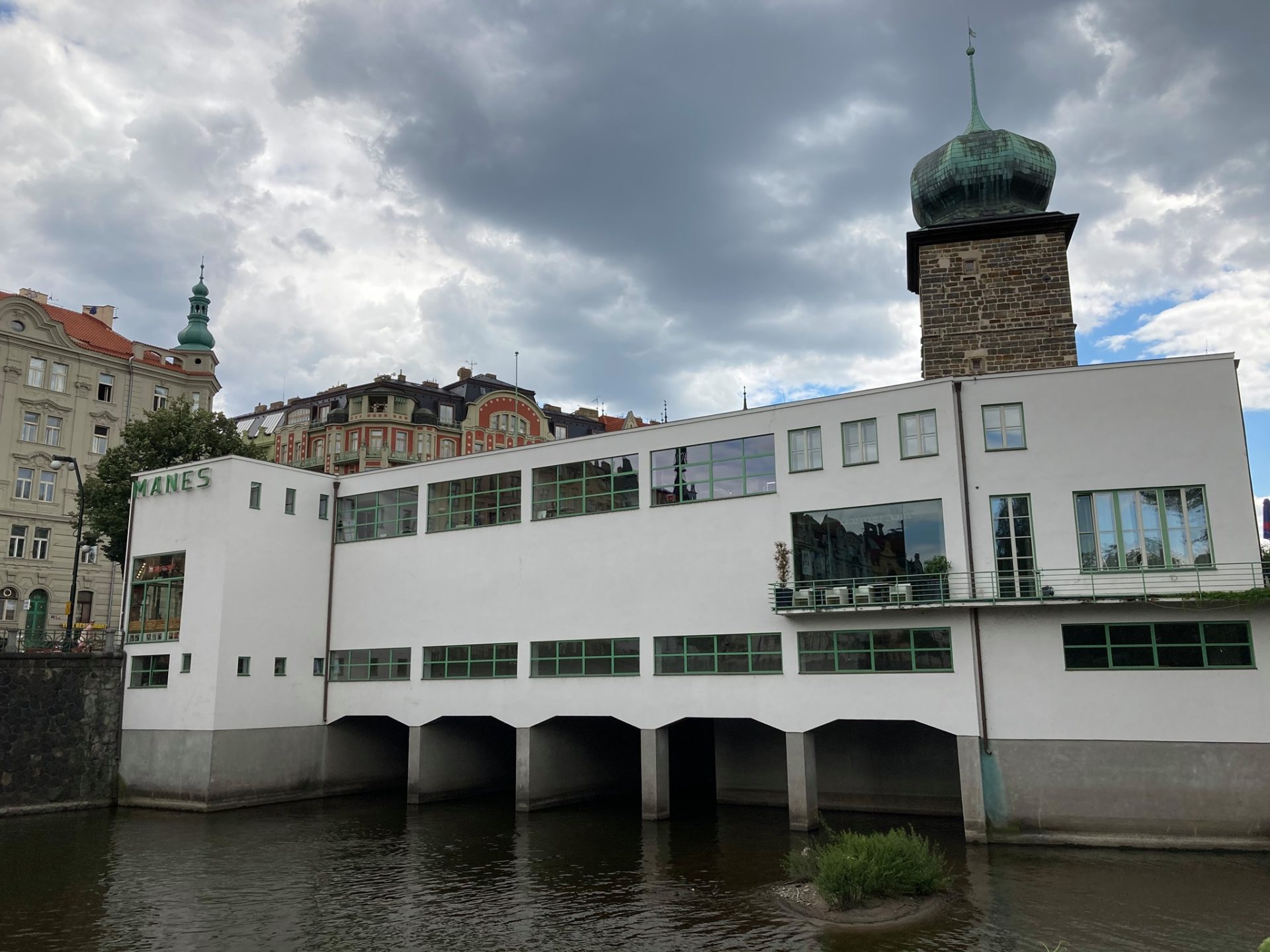 In 1885, an association of young Czech artists Škréta was founded in Munich. (It was named after Karel Škréta, the most important Czech Baroque painter of the 17th century.)

Two years later, the Prague association of fine artists, Mánes, was founded. (Czech history has 5 painters with this surname: Antonín, Václav, Josef, Quido, and Amalie, all of them were relatives. Father, his brother, sons, and the only one woman, daughter.)

The association built the building of the Mánes Gallery in 1930. Previously, mills stood on this site, the condition for the sale of the ground was that the Vltava river continued to flow freely under the building of the new gallery. The construction of the building was managed by one of the most famous Czech architects, Josef Gočár, and the original water tower was also preserved.

The predecessor of this water tower, called Šítkovská Tower, was a wooden tower from 1495. However, it burned down twice – this is a paradox, but few buildings burned as often as towers full of water. That’s because the water often froze in winter, so the pipes were heated using fire.

After the second fire, a stone tower was built at the end of the 16th century. Water flowed from it to the fountains and houses in the Old Town and New Town – in 1610 the water was distributed to twelve breweries, two monasteries, and many municipal and private fountains. In 1648, Swedish troops fired on the tower – the repair lasted until 1651, as evidenced by the inscriptions on the tower wall.

It is not obvious at first glance, but the tower is tilted by more than a meter. It does not have a strong enough foundation. The tilt was probably caused by several cannonball hits during the siege of Prague by Swedish troops.

The tower had a special use in the time before the Velvet Revolution. A communist secret police observatory was set up here, from which its members had a direct view of the windows of the future President Václav Havel.