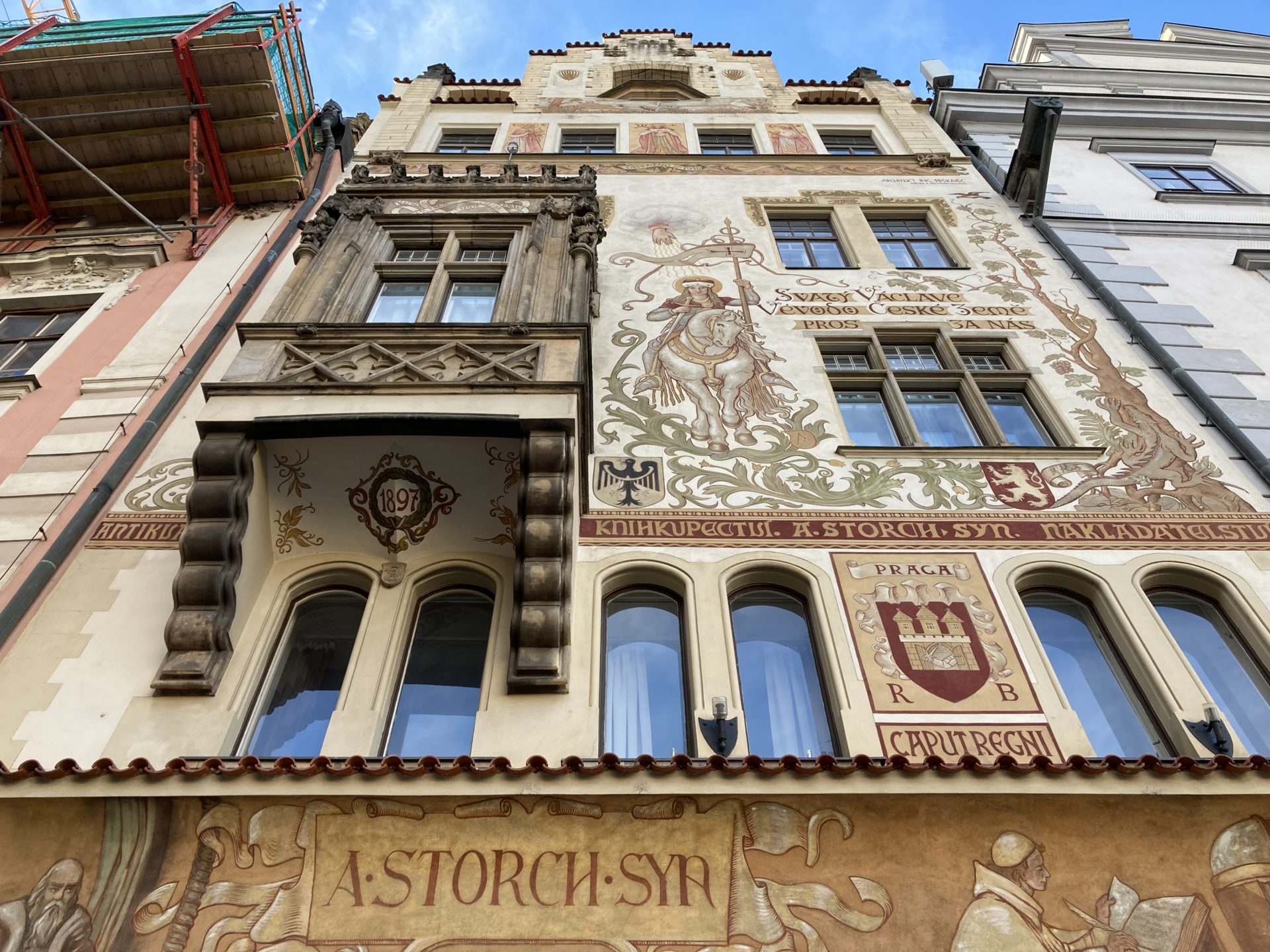 Today’s thirty-somethings and younger people know only from stories what “book Thursdays” were. That is, in the days before November 1989, new books were published only on Thursdayss. And on that day, people stood in long queues outside bookshops hoping to be able to buy their dream book.

One of the bookstores in front of which a long line of readers stood every Thursday was the Štorch House on Old Town Square. The house was built in 1897 by the publisher Alexandr Štorch, but of course it was not the first house on this site. Before Štorch’s house there was a house called At the Stone Painting of the Virgin Mary, At the Black Gate, At the Black Door or also the Marshal’s House.

During the reconstruction of the house, some secrets were discovered. When workers tore down one of the interior walls of the house, they discovered a walled up gothic chapel. And when they went inside, they found a table in the middle of the room with a sword on it…

The facade of the house is reminiscent of the facade of the Rott family’s house on the nearby Malý rynek – it is also the work of the painter Mikoláš Aleš, but this time it is not a sgraffito technique, but it is a fresco. It depicts Saint Wenceslas on horseback, accompanied by words: “St. Wenceslas, Duke of the Czech Land, pray for us.” Or also the emblem of the capital city of Prague, Praga Caput Regni (Prague, head of the kingdom).

On the lower part of the bay window you can see the year 1897 and above the window are the names of the architects of the reconstruction of the house, Bedřich Ohmann and Rudolf Krieghammer.

During the Prague Uprising in May 1945 the house burned down but was repaired. The bookstore on the ground floor operated for a hundred years. Today there is a Thai massage parlor…

Photo of burnt out house: sudekproject.cz