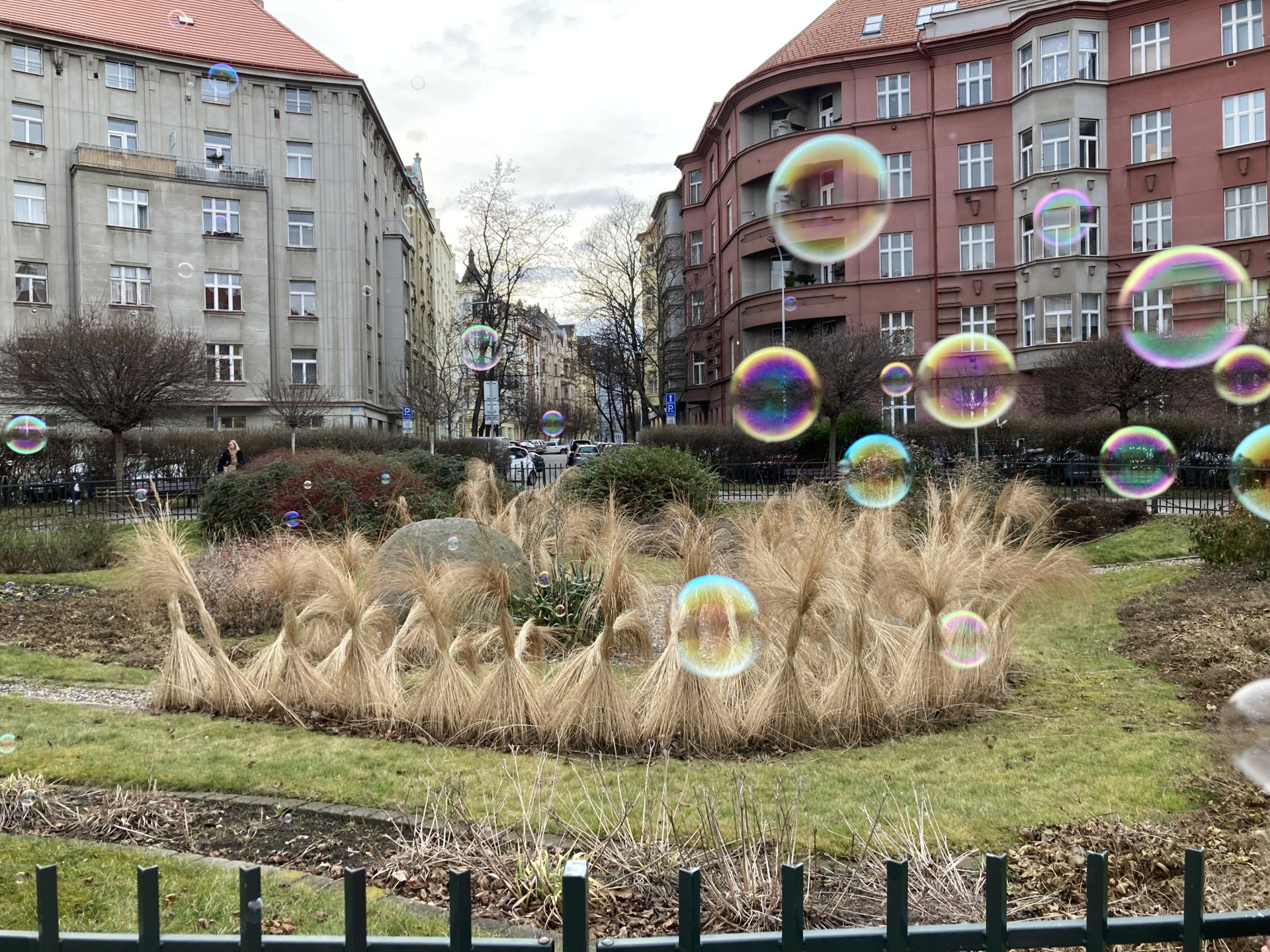 Škroupovo náměstí (Škroup`s Circus) in Žižkov could be an ordinary Prague square. Interesting in that it is, as one of the few in Prague, circular and that it is named after František Jan Škroup, a composer who is the author of the music of the Czech anthem. It was first heard on December 21, 1834 in the theater play “Fidlovačka aneb žádný hněv a žádná rvačka” (Fidlovačka – or no anger and no melee).

By the way – “fidlovačka” is a shoemaker’s tool for smoothing leather and it was also the name of a folk festival of Prague shoemakers in the meadow in the Prague district of Nusle in the 19th century – today there is a park and also the Theater at Fidlovačka. (One of the photographs shows a painting by Jan Minařík from 1884 depicting this festival.)

However, the square has gone down in history because on 10 December 1988 the first permitted demonstration of opposition forces in the then Czechoslovakia took place there. Five civic initiatives, led by Charta 77, applied for permission, and the main speaker was, of course, the later President Václav Havel. The meeting was originally supposed to be on Wenceslas Square, but was not allowed there.

The fact that the assembly was allowed to take place was related to the fact that the French President Francois Mitterand was visiting socialist Czechoslovakia. He invited the dissidents to breakfast at the French Embassy on 9 December and discussed human rights in Czechoslovakia with them. The regime could not ignore this and confirm the depressing situation by not allowing the gathering in Škroup`s Circus.

The assembly was very peaceful, lasting less than two hours, of course with the assistance of the police, both regular and secret. This meeting was followed a month later by the so-called Palach`s Week. This was a series of events in honour of the student Jan Palach, who burned himself to death in January 1969 in protest against the occupation of August 1968. During Palach’s week, the police were very brutal – arresting people, using brutal violence against demonstrators, beating them and scattering them with water cannons and tear gas. And in ten months, the Velvet Revolution started…

By the way: the soap bubbles in the photos were not caused by some Photoshop filter, nor do they suggest that our happy democratic future began in this square. There was just a mother with two children on an afternoon walk, and I asked her to blow a few bubbles in front of my cell phone lens. Just because it was a nice spring afternoon.