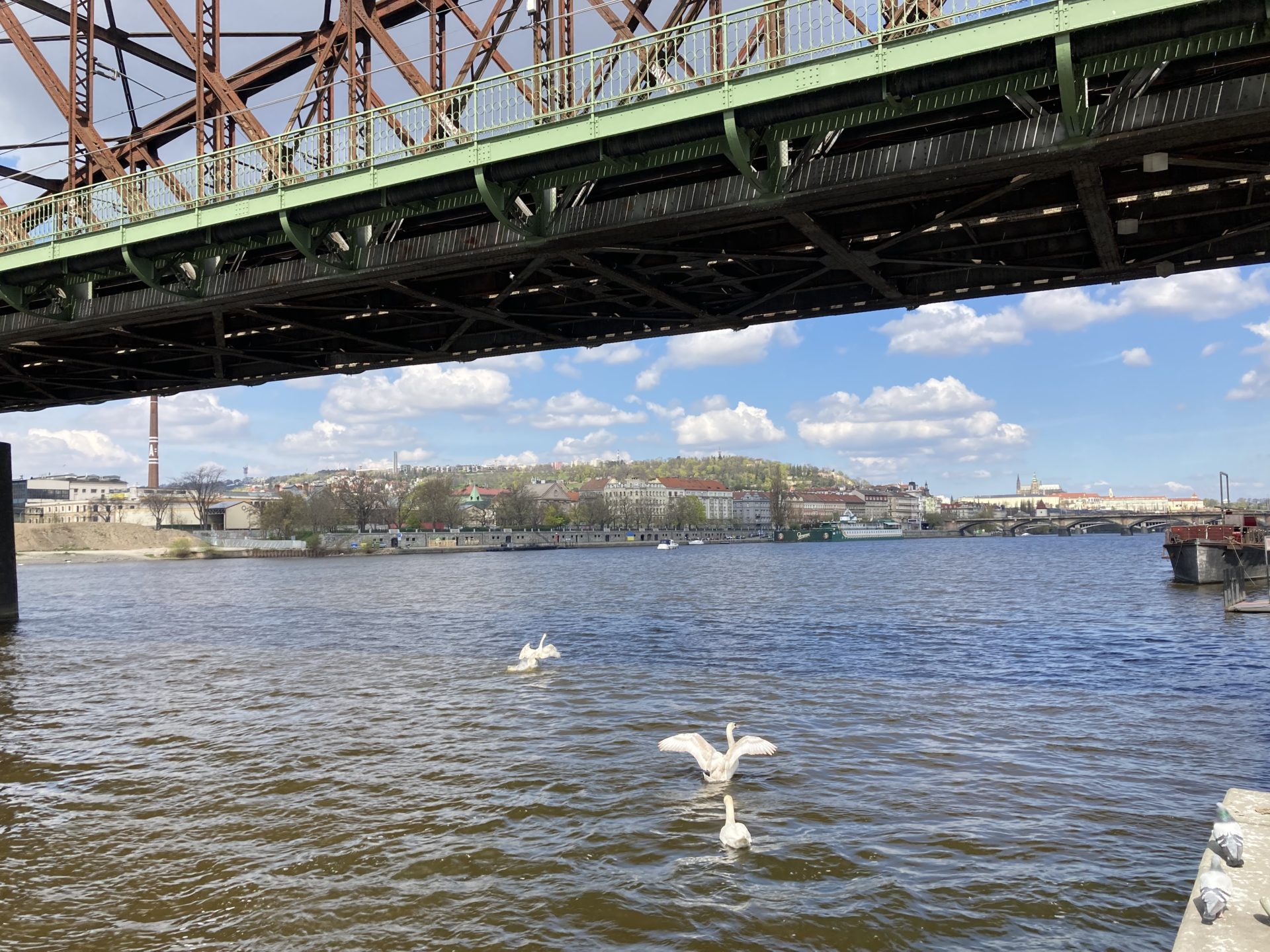 The original bridge at this location was a single-track bridge and was built in 1872. It soon became clear that one track was not enough, so the bridge was replaced with a new double-track bridge in 1901. The word “replaced” is appropriate, because it was done so quickly that it’s hard to believe today.

From the time the last train passed over the old bridge to the time it resumed service, it took only 36 hours. Boat traffic under the bridge was not restricted at all. The action started at 6 a.m. on September 30. In five hours, the workers moved the old bridge structure 7.5 meters aside to the prepared scaffolding. In just another 25 minutes, the new construction was pushed into the vacated space.

The construction of the bridge is the technical solution of František Prášil, who is also the author of the construction of the Petřín Lookout Tower and the Industrial Palace in Holešovice. His company also built the Čech Bridge (1908), which is the only arched iron bridge in the Czech Republic.

After the fire of the National Theater in 1881, František Prášil designed an iron fire curtain, which was installed in the rebuilt building (the theatre was reopened in 1883). The one that is in the National Theater today is the third and dates from 1923. It is operable from five different, independent points. It is pulled up 10 minutes before the show starts, and takes one minute to pull it up to the fly loft. In the event of a fire, it would drive down in 30 seconds. Let’s hope it’s never needed.