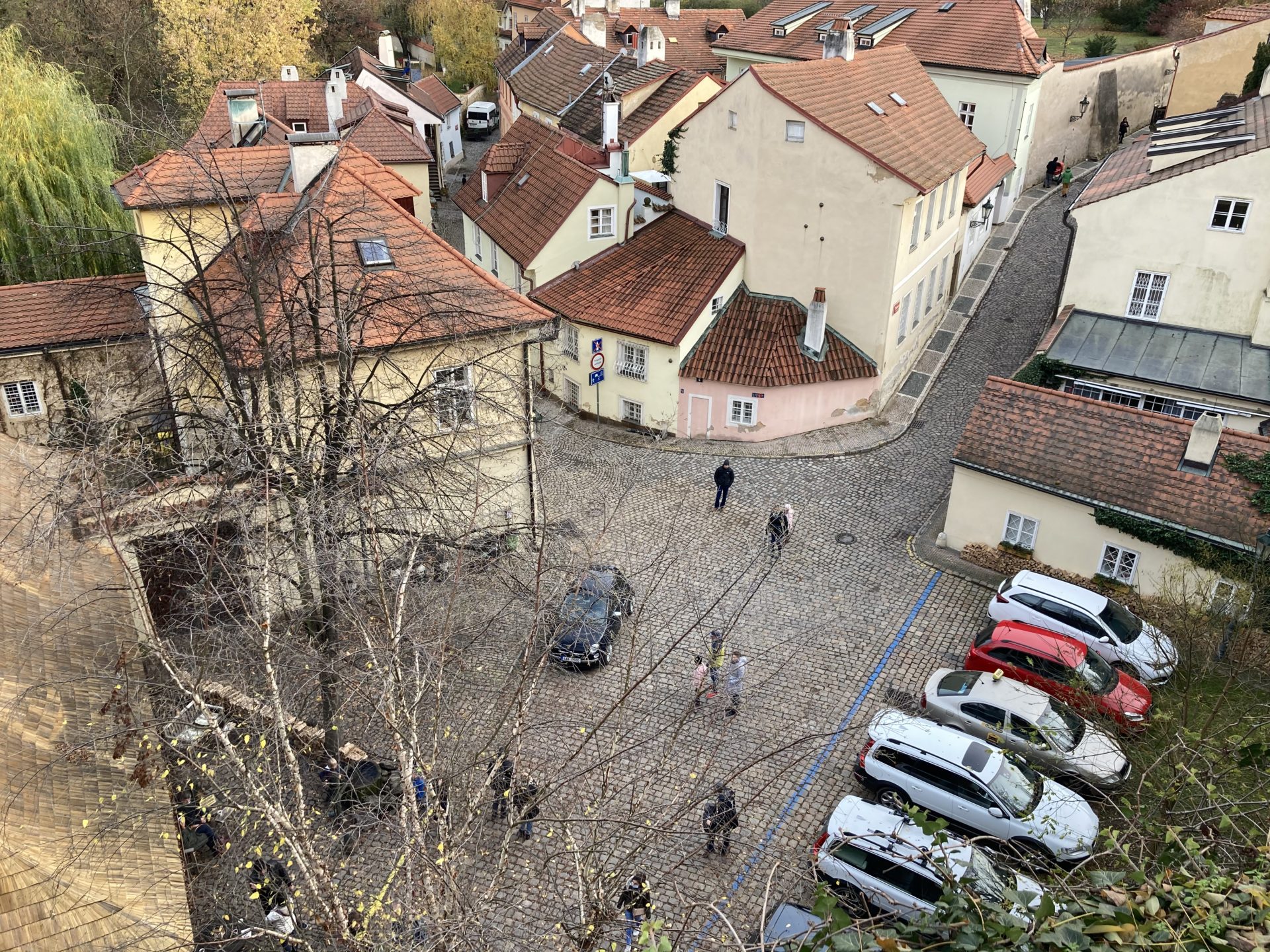 Most people who don`t want to walk uphill along Nerudova Street on their way to the Castle will come to Pohořelec by the most famous tram number 22 in Prague. From here they walk along Loretánská Street to Hradčanské Square – and they can already see the famous Matthias Gate and the towers of the St. Vitus Cathedral in front of them. However, if they headed from Pohořelec to the left to the Czernin Palace, they would find themselves in a special world. The place is called the New World.

It`s the world of ancient houses – the one that is right at the base of the high Baroque rampart is today even the only timbered building with a shingle roof in Prague. Once upon a time, mostly people who worked at the Prague Castle lived here. Many houses here have the word “golden” in their name – their inhabitants thus compensated for the fact that in the distant past it was a district of poor people with a rather difficult fate.

And so there are houses named after the golden lamb, the sun, the plow, the pheasant, the star, the tree, the acorn, the grape, or the pear.

And probably the most famous is the house with the descriptive number 1. In 1600 there used to be an inn where the famous Danish astronomer Tycho Brahe lived.

The poor past of the New World is gone, today it is one of the most expensive locations in Prague. And of course also the most picturesque…