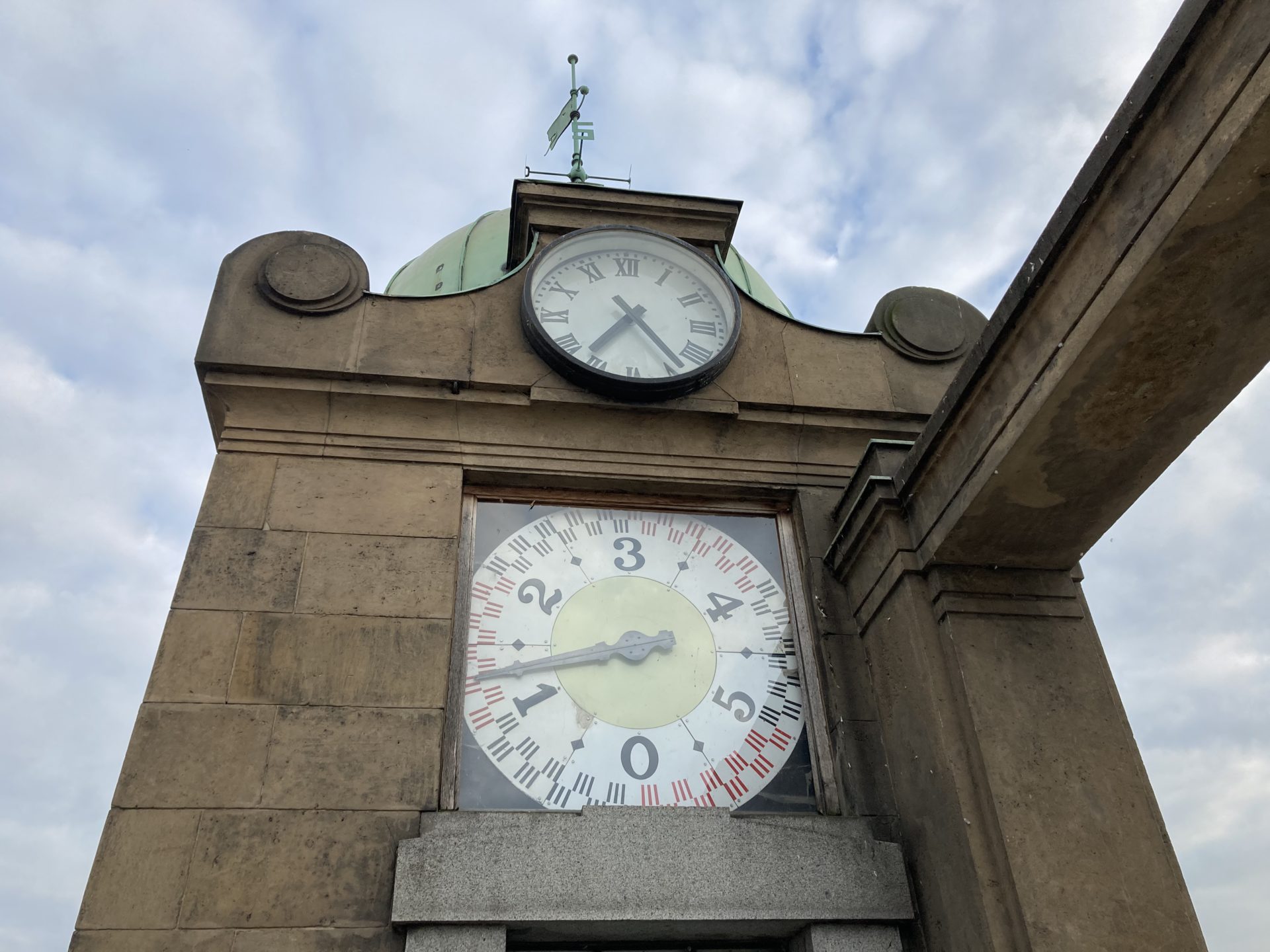 Near Prague`s Railway Bridge, there is something on the Vltava embankment that most people in Prague consider “such strange clock”. In fact, it’s a limnigraph – and that word is as special as a “strange clock”.

So what is it? It’s a measuring device whose tank with a float is connected to the Vltava river by a pipe – and that device measures and records the height of the water level. And because this limnigraph was built in the early 20th century, before the First World War, it is built as an Art Nouveau building.

At the bottom of each of its four walls is a “water clock”, a river level indicator, and above them is a real clock, measuring time. On the copper cupola of the building there is a weather vane in the shape of a dog’s head, which shows the direction of the wind.

In the past, there was also a meteorological station, which included an alcohol thermometer, a minimum and maximum thermometer, a barograph (for recording atmospheric pressure), a thermograph (recording air temperature over time) and a hygrometer.

This part of Prague is called Výtoň – and probably as few people know about the origin of this name as those who know what the word limnigraph means. To understand the word, we have to look back to the 14th century.

Even then, raftsmen were floating on the Vltava, bringing timber to Prague along the river. They paid a tax on the timber, which was set – every twelfth log of floated timber. And because the timber logs were tied together in the rafts, those logs that were used to pay the duty had to be cutted out of the raft with an ax.

One of the Czech words for such act is “vytnout”. This is the origin of the name of the place on the river bank where such an activity was carried out: “výtoň”. And then when it became the name of a part of Prague, it is Výtoň (with a capital V).

It is also interesting that the raftsman who cut the logs with which the natural tax was paid out of the raft was called “vejtoník”. But that word is basically unknown in Czech today. Like the profession of raftsmen…